It’s been more than one week since the standoff over land rights ended in Nevada between rancher Cliven Bundy and the Bureau of Land Management (BLM), yet the horror of the situation keeps building. There are reports that the BLM’s hired cowboys killed prized bulls plus destroyed water lines, fences and even water tanks in a dessert environment.

This dispute over land rights is just one example of how the U.S. government is exerting its authority. A commented posted by a friend on my personal Facebook page sums up the situation nicely: “Oregon, my state, is the same as Nevada and many other western states. Federal agencies are totally in control of land/ water, and they own vast areas of land. Vast stands of timber, rivers, streams, springs, geothermal fields, dams /reservoirs, roads, mining areas and other high value assets are all owned and controlled by the Federal government… Pioneers risked everything to come to Oregon. Now the people are poor and tired, towns and counties struggling [in rural Oregon]. How did we get here?” 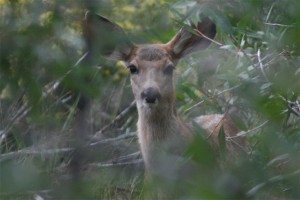 Dispute over land and water rights, including the U.S. government’s efforts to seize unprecedented authority and control, is topic that’s been largely ignored by mainstream media. Perhaps the even larger story being overlooked now are the rules released last month by the Environmental Protection Agency (EPA), requesting jurisdiction over all public and private U.S. streams that are “intermittent, seasonal and rain-dependent.”

“For the past 15 years, two complex court decisions muddled the law and we lost a clear understanding of which waters are protected,” reads an Op-Ed piece authored by Karl Brooks, administrator for the EPA’s Region VII, which includes Iowa, Kansas, Missouri, Nebraska and nine tribal nations. Brooks goes on to write, “The proposed rule helps clear the way for the CWA to ensure clean, healthy waters.”

So how does the government “clear the way”? Visit www.epa.gov/uswaters and you’ll see 370 pages of explanation of how this new EPA rule makes things clearer. The length of this explanation is a red flag. It’s like the government is trying to baffle us with bull$&!+ because they aren’t able to convince us with brilliance.

American Farm Bureau Federation (AFBF) President Bob Stallman said the proposal “poses a serious threat to farmers, ranchers and other landowners.” Exemptions for agriculture included in the proposal do not protect farmers from federal veto power over pest and weed control, fertilizer application, and other essential farming activities.

The biggest push behind all the new EPA and DNR regulation is being caused by lawsuits! Environmental groups are strong arming the agencies, which settle the suits by agreeing to more regulation and enforcement. The environmental groups get their expenses paid and a big monetary settlement.

“Public lands” can mean big money to states, as well. The Iowa Legislature in 2010 passed an amendment to the constitution called the Natural Resources and Outdoor Recreation Trust Fund to provide a permanent and protected source of funding for Iowa’s natural resources. This fund starts generating money the next time the sales tax is increased and is projected to raise $120 million annually.

Iowa is not alone in its desire to control property rights. I received a comment from a farmer in New Jersey about landowners selling their development rights to the State Ag Development Committee.

The more you regulate, the more you depress the economy and jobs. This seems to be true whether it’s the post office, Obamacare, soil conservation or turtles.

In America’s desire to change, we’re actually allowing new policies that curb growth! It’s time we, the people, speak up. Contact the EPA and the U.S. Army Corps of Engineers and share your concerns about how they’re defining protected waters under the Clean Water Act (CWA) in the Federal Register. Comments may be submitted during a 90-day public comment period, which ends July 21.