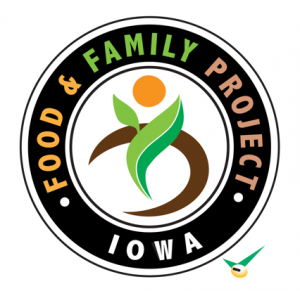 Interest in food among Iowans continues to spike, mirroring national trends. Eighty-five percent of respondents to an annual poll, commissioned by the Iowa Food & Family Project (Iowa FFP), said they think “often” or “sometimes” about how the food they eat is grown. While that percentage was nearly identical to Iowa FFP’s 2012 consumer pulse survey, intensity of interest increased substantially. Fifty-three percent responded “often think about” compared to 45 percent the previous year.

The annual Iowa consumer pulse survey, conducted recently by CampaignHQ of Brooklyn, queried 500 Iowans active in health and fitness activities. Respondents were primarily female, highly affluent and educated and make the majority of their household’s food purchasing decisions. The survey’s margin of error was 4.3 percent.

Iowans overwhelmingly approve of the job farmers do. Sixty percent had a favorable impression of how farmers care for their cattle, hogs and poultry compared to just 8 percent unfavorable (32 percent were neutral/unsure). Forty-eight percent had a positive impression about farmers as environmental stewards compared to 16 percent unfavorable. Thirty-six percent were neutral or unsure.

The high marks given to farmers by food purchasers has remained consistent since the Iowa FFP’s inaugural consumer trust survey conducted in 2011, said CampaignHQ’s Nicole Schlinger. Farmers retain the confidence of their urban neighbors, but that trust must continually be earned.

Increasing consumer confidence in how food is grown by encouraging conversations and providing unique opportunities for farm families and their urban neighbors to become better acquainted is the mission of the Iowa Food & Family Project.  Latham Hi-Tech Seeds is proud to be one of nearly 40 farm and food retail partners that help support the Iowa FFP’s mission.

Stay tuned for more information about an exciting partnership between Latham Hi-Tech Seeds and the FFP… more details will be announced soon!