Sharpen Those Pencils & Get to Work on the Farm Bill!

Soon summer vacation will end and all classes will resume at all of our local schools.  The same goes for the United States Congress.  Their August recess ends soon, and there’s a real need for them to sharpen their pencils and get to work!

Our Federal elected officials have been home (hopefully) talking to us, the people whom they represent.  This past month provided constituents with an opportunity to visit U.S. senators and congressmen about topics that matter most to us.  Now that our elected officials are returning to Washington, D.C., it’s time to stop talking to them.  Instead, send them an email or drop them a letter.  I was told by a state representative that one time he voted on the opinion of one email – just one!  Letters and emails are so important, and that’s why I’m once again writing about the Food Security Act. 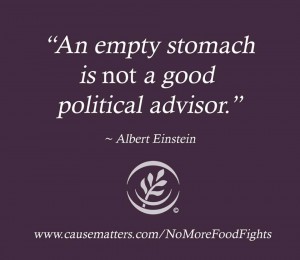 House Speaker John Boehner expects to bring up the Farm Bill “immediately” when the House returns Sept. 9.  He expects to appoint conferees the next day and finish the bill before Sept. 30 when the current farm bill expires.  However, House Agriculture Committee ranking member Collin Peterson is not optimistic.  Peterson says it’s more likely the current Farm Bill will be extended – again.

“I don’t care which side of the aisle you align yourself with – no one can be proud of what is going on, or more accurately, not going in our nation’s capital,” writes farmer and rancher Glenn Brunkow in his blog “Dust on the Dashboard.”  He makes a compelling case for why the Farm Bill is so desperately needed:

The Food Security Act goes much further than the production of food and fiber.  And, it’s extremely complicated.  There are parts of the Farm Bill that deal with everything from how we conserve our soils, to export our farm products.  It even includes food assistance programs.  In fact, the Supplemental Nutrition Assistance Program (SNAP) funding now accounts for 80% of the Farm Bill.

The SNAP program has been a part of the bill for years, but it’s become an increasingly large budget item.  SNAP cost almost $80 billion last year – twice the amount it cost just five years ago!  Our federal budget must be considered in any legislation that is passed.  I know this is not always done, which has resulted in the deficit with which we now labor.

On a side note, the U.S. Deficit is a huge national security risk!  We must trim funding.  We must address the waste in the SNAP program.  I know that U.S. Secretary of Agriculture Tom Vilsack says he’s working on it, but honestly, a lot of money is being spent on a lifestyle and not on food.  (I know it’s not politically correct for me to say this.  Everyone “needs” a cell phone, cable TV and the Internet.)

The reality is that North Americans aren’t naked and starving, so food security is secondary.  On the Doc ‘n Lefty show last week, Doc talked about how wealthy Americans pocketed millions of funds for farms they had never even been on.  We’re willing to fix that, but remember, this type of fix almost always hurts the small and beginning farmers most.

The Food Security Act is needed whether you live in a city, on a farm, or are in need.  This is one bill that should be non-partisan.  Contact your U.S. congressman and senators.  Let them know what you think.  It’s time to mind your own business!