Stop Weeds from Going to Seed 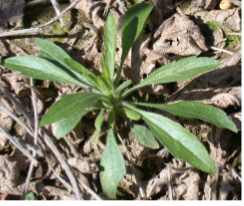 Bare ground is an invitation for weed development. From the looks of it, Waterhemp and Marestail are having quite a party in the fields! Large-seeded broadleaf weeds like giant ragweed, sunflower and cocklebur are showing up, too.

Existing weed vegetation should be controlled with tillage, herbicides, or a combination of tactics. Weed management on prevent plant acres is challenging for a couple reasons.  First of all, many of those fields have weeds growing on them that are now two to three feet tall. The taller the weeds, the harder it is to manage them.

Some weeds are simply too large to effectively spray at this point, and those weeds that survive a herbicide application can start developing resistance. Manage herbicide resistance before it becomes a major problem. Some farmers are trying to control weeds with tillage, but this method may require more than one pass.

You don’t want this season’s weeds to rob next year’s corn or soybean crop of yield.  Crops have a better chance of reaching optimal yield when they’re not competing with weeds for sunlight, water and nutrients.

It’s important to take care of the weeds before they go to seed. As weeds reach maturity, any seeds they leave behind will increase the difficulty of keeping next year’s crop clean.  Dead weeds don’t make seeds!