The Hygiene Hypothesis—Farm Germs Might Be the Best Medicine

New research suggests that farm kids have fewer allergies than city kids do—and the hygiene hypothesis might demonstrate why.  According to some experts, we’re too clean nowadays. Our immune systems protect us by learning how to fight bacteria and other invaders. We need to “get down and dirty.”

I’m a bit skeptical of this theory, but because of my upbringing, I want to believe it. Raised on a Midwest farm a long time ago—in a galaxy far, far away—my brothers and I were the perfect study group for the “unhygienic theory.”

About the time JFK was asking the country to ask not, we were exposing ourselves to just about any germ that had ever heard of central Iowa.  During summer—before we were old enough to do much farm work—mom would open the screen door after breakfast, letting us out and a few flies in. Dad and his brother ran the traditional corn, soybeans, pigs, and cattle farm, but in reality, it was a 400-acre magic kingdom for my brothers, cousins, and me. 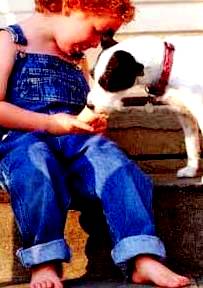 The creeks, barns, pastures, and groves provided the types of playgrounds no modern designer could match. And even though we never thought of it, these places must have been crawling with enough germs to make a bacteriologist drool.

During a typical day, we might crawl through poison ivy, build dams in murky stream water, and run through clouds of ragweed pollen. Our kid quests would take us under rusty barbed wire fences, through tick infested groves, and across pastures laden with fresh cow pies hidden in the grass.  By lunchtime, one of the gang had been stung by a bee, stabbed by a fish hook, or hit in the back with a mud pie.

We didn’t call it locavore food back then, but the hearty noon meal gave us a few minutes to pick cockleburs out of our socks and flick a few garden peas at a brother when the folks weren’t looking. For their part, Mom and Dad would take a head count, tell us to be safe, and then release us hounds again after the 12:30 cartoon show was over.

We’d had the usual school vaccinations, and in those days, the folks might “cleanse us” with deworming medicine or take us in for a tetanus booster shot if we stepped on something nasty in the creek. By the time we returned to the house each summer day, Mom could shake the dust off our overalls, but we had spent the hours as host organisms in a rural petri dish, so I imagine a half billion or so germs stayed attached.

After supper, we slid out into the yard where we played ball or set up miniature farms in the dirt.  The barn cats scratched around with us, and my brothers occasionally shared their tootsie roll pops with our dog, Smoky. By the time the mosquitoes let up and the lightning bugs started flashing low along the grass, we knew it was time to go in.

I don’t know if we farm kids ended up with fewer allergies and illness, but if having fun is a way to immunize yourself from disease, then we had a heavy dose of some powerful medicine.