Father’s Day: A Time to Reminisce 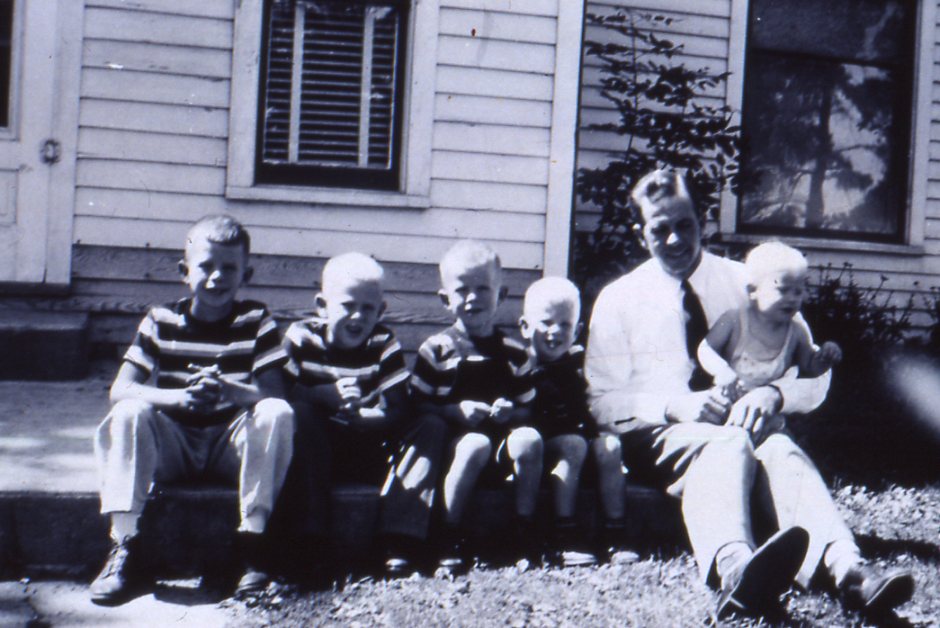 Willard Latham on the front steps of their farm house with his five boys, in birth order, from left to right: Bill, Bob, Jim, Don and Tom. (1949)

The third Sunday of June is a time when Americans traditionally honor their fathers.  This father’s day – in honor of the 65th anniversary of Latham Seeds – we’re paying tribute to the man who started it all.

Willard Latham is perhaps best known as a leader in the seed industry, but he was a farmer first and foremost.  Willard earned a bachelor’s degree in Dairy Husbandry from Iowa State, and then returned to Alexander where he joined his father in the dairy operation.

An insatiable appetite for learning and an uncanny ability to solve nearly any problem led Willard to found Latham Seeds in 1947.  At that time, the oat crop in North Central Iowa was affected by smut.   Willard retrofitted a piece of equipment that helped clean and preserve the local oats crop.  Cleaning oats soon evolved into producing seed for retail sales.  The seed business grew as Willard and his loving wife and devoted life partner, Evelyn, worked together.

Today Willard and Evelyn’s five sons share lessons they learned about life and business from their father.

“Dad thought it was a good idea for all of us to get some other experience before returning to the family business. We followed that advice and encouraged our children in the same way. He knew his association with Iowa State and relationships with organizations such as the Iowa Seed Association, and all the other groups he was active in, were important to keep up with new technologies and best practices. He provided us with a great learning environment and experiences.”

“I remember Dad and his identical twin brother, Wilbur, sitting around the table talking, giving and taking advice, enjoying one another’s company. They maintained a close relationship all their lives. It was a good example for us. To this day, I’m involved with my brothers –– we have good, healthy relationships from growing up and working together in the family business. Dad really understood the benefits of good relations in family and business. He taught us that lesson well.”

“My father really worked hard. This was during and after World War II. Frankly, a terrible era war-wise but a wonderful era character-wise. Dad belonged to a generation that together they could get things done. There was a belief that if you worked hard enough, paid attention to the rules, treated your neighbor right – treated everybody right – then you’re going to succeed, That’s what my father, and many people believed, and they made it a wonderful era.”

“We really learned lessons of integrity from Dad. His friend, Harold Folkerts, had a seed business about 50 miles east of us. During spring season, they’d trade loads of oats, say Cherokee for Goodland, to meet customer orders for specific seed. They kept track of transactions but never talked price. It never was a factor. At the end of the season, Harold would come out and sit at the table with Dad and say that the oats he got in trade were better than the ones he traded. Dad would say it was the other way around. They’d literally argue the other fellow’s position every time. It was a philosophy that you never wanted to take advantage of someone else. You always wanted to be fair and honest. Those were lessons we always went with: integrity and doing the right thing pays dividends in the long run.”

“Dad taught us how very important it was to work hard and to be extremely honest – to be straightforward. If something wasn’t right, you fixed it. Your word is your bond, and that’s really what a family business is all about. Dad would take great pride that the company is still family-owned and carries on those traditions that were very important to both him and Mom.”