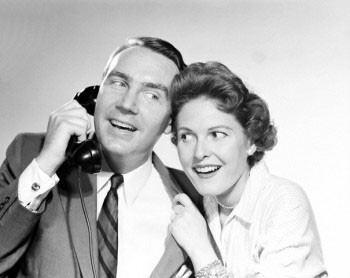 Naturally, all Americans look forward to the time between Christmas and New Year’s.  It’s often filled with rest, relaxation and anticipation for the future.  Even if adults are working that week, it reminds me of taking summer classes while a college student: You do the work but the atmosphere is a lot more relaxed.

That is unless you’re an Iowan and it’s the week before the first-in-the-nation caucus!  Then your telephone rings several times a day – even interrupts family gatherings as you celebrate the holidays – with political candidates trying to win your support.  (On the upside, it beats having bill collectors call!)  You can find 24/7 news coverage of the upcoming landmark political event as even the “local news station” is providing its own angle.

But I’m not complaining!  I honestly believe it’s an honor for Iowa to host the caucus.  We have the privilege of exercising our freedom to vote, take part in the political process, plus showcase all that Iowa and its wonderful small towns have to offer.  And that’s exactly what happened when CNN’s Starting Point with Soledad O’Brian rolled into the Hawkeye State.

CNN producers met right before the New Year with Franklin County residents including Larry Sailer, farmer and Franklin County Farm Bureau member, and Deb During Brown of Hampton, founder of Debworks, who specializes in using traditional and new media to connect people.

So how did a powerful New York media outlet find two experienced social media users in the middle of Iowa?  It wasn’t random.  It was the result of the 2011 Harvest Tour, sponsored by Latham Hi-Tech Seeds, Franklin County Farm Bureau and Debworks, founded by Deb During Brown.

“CNN found more stories about our bloggers tour,” writes Brown in a Dec. 30 blog post.  “Residents of Franklin County were actually using social media!  Suddenly the topic changed from politics to how rural communities were using social media.  Larry Sailer – a farmer in the county, myself, Claire Celsi – businesswomen and blogger from Des Moines and Michael Libbie – advertising man and blogger will be on a live panel Monday morning.  Starting Point with Soledad O’Brien – here we come!”

Click here to watch a news clip of Franklin County residents and bloggers, who were interviewed Monday on CCN’s Starting Point.