Some folks say December is the most wonderful time of the year. But if you ask these Iowa farmers, they’ll tell you they prefer the harvest season complete with a splendor of autumn colors.

“Our favorite time of the year is fall because we work all year for the harvest,” says Tammy Lansink, who has farmed with her husband, Dennis, for 42 years. They’re the third generation to farm the home place. 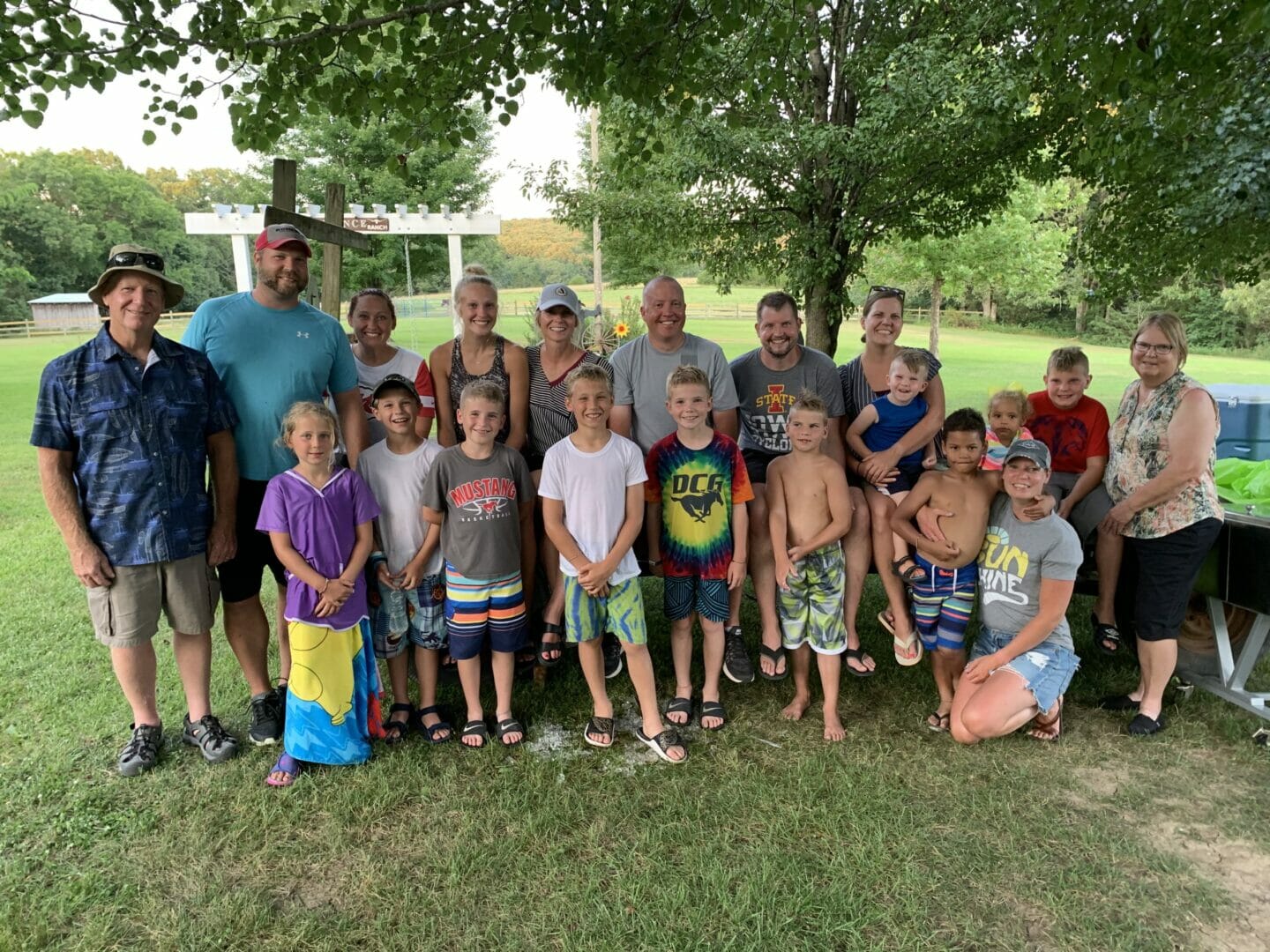 Growing up on a farm in western Iowa, Dennis Lansink knew he wanted to be a farmer by the time he was in high school. He started his own cattle project when he was in 4-H. He was active in FFA while he was in high school and began raising hogs a few years later. Upon graduating from high school in 1977, Dennis began farming with his father. They raised corn, soybeans, and alfalfa together until 1994. When his dad semi-retired, Dennis’ brother, Doug, joined the farming operation.

Dennis continues to raise cattle. He has switched from a cow-calf operation to backgrounding cattle. He purchases the calves when they’re between 400 and 500 pounds and feeds them until they’re about 900 to 1,000 pounds. 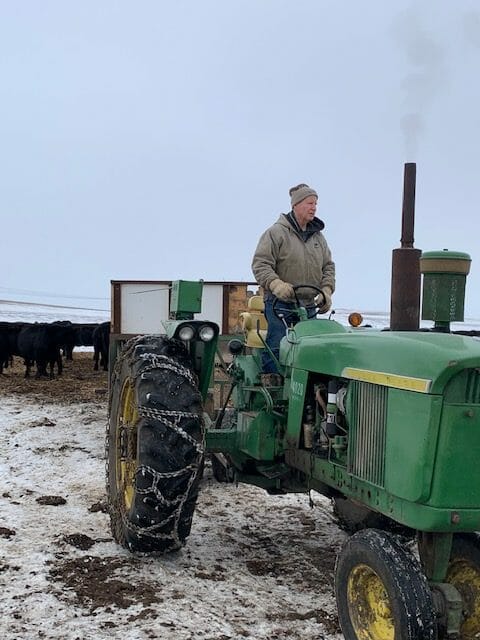 The JD 4020 being used to feed cattle is the first John Deere tractor that Dennis’ father purchased in 1970 and it’s still used today.

This year marks the 30th anniversary of Dennis becoming a Latham® seeds dealer. He became a dealer in 1991 to stay abreast of new products and to also purchase his own seed at a discounted price. What he has since learned is that it’s more than that.

“After years of planting Latham brand soybeans and watching their performance in my fields, as well as growing Latham seed beans, I knew Latham quality was consistent and high performing,” says Dennis. “With encouragement from one of my friends who was a Latham dealer in a nearby town, I decided to become a seed dealer. Being a family owned and operated business, Latham Seeds appealed to me. It has been a good fit for our farming operation. I also like that Latham purchases different seed traits from other companies, which provides my customers and myself with more choices.”

The Lansinks spend as much time as possible with their family. Dennis and Tammy are the proud parents of four adult children: Christopher, Callie, Courtney and Cara. During this season of life, they’re especially enjoying watching their 11 grandchildren participate in sports and other activities. They also enjoy the regular euchre and marble games they play with Dennis’ 89-year-old mother, Leila.

When he can find the time, Dennis enjoys riding his motorcycle and golfing. He also enjoys participating in tractor rides. Dennis’ favorite tractor is a John Deere 4320, which he restored a few years ago and enjoys taking on rides. Another special tractor is the JD 4020, which was the first John Deere tractor that Dennis’ dad purchased in 1970. The family still uses it today to feed cattle. 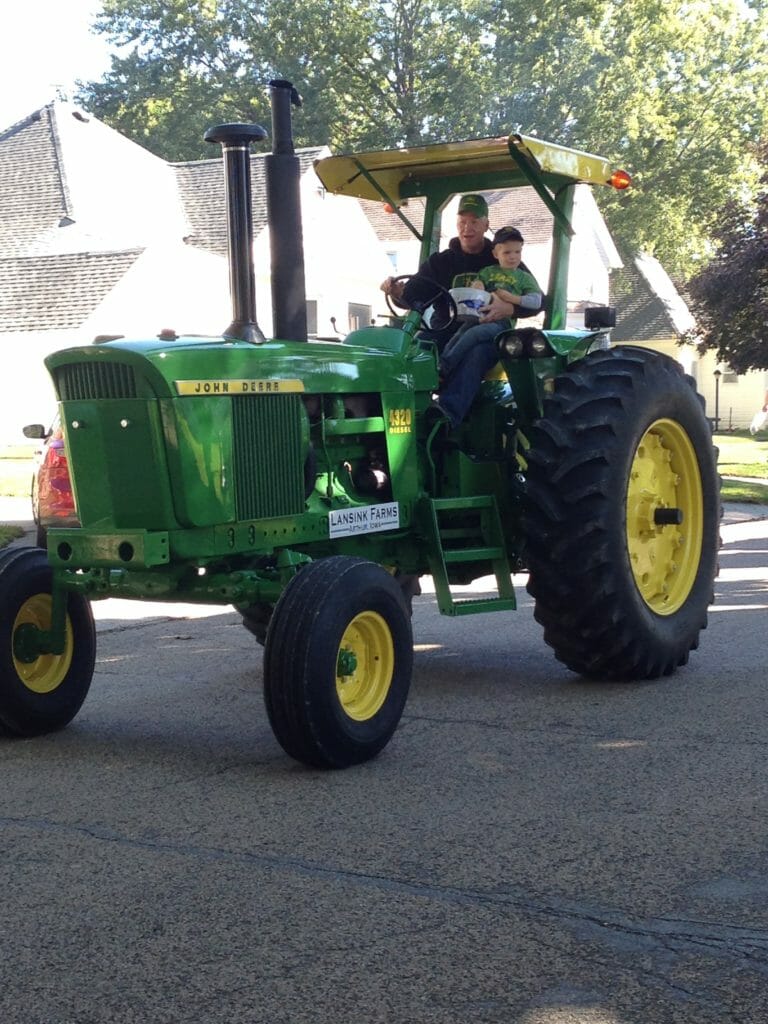 Dennis’ favorite tractor is the JD 4320. He had it restored years ago and enjoys taking it on tractor rides.

Speaking of feeding… Tammy is responsible for feeding a hungry crew. Because she’s also a full-time grain cart operator during harvest, she likes hearty meals that are easy to prep ahead of time. Today she is sharing with us one of her family’s favorite recipes for Cheeseburger Soup.

COOK’S TIP: Double the recipe and keep it warm in the crock pot.

Football Fans "To The Rescue" on Game Day