HAVE A COKE AND A SMILE… AND A LIFETIME OF ZING

“Things go better with Coke” was the 1960s marketing slogan of one of America’s oldest soft drinks, and college students nationwide put it to the test.

Linda Laverty was a junior at Iowa State University when a friend set her up on a Coke date with Bill Latham, who was a senior majoring in Agronomy. While they had a nice time, the timing was not right. 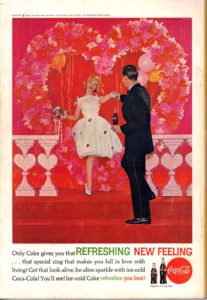 Bill soon graduated and took a job as a sales representative and agronomist in Louisiana. Later he was transferred to Nebraska and moved to Lincoln. Meanwhile, Linda graduated with her degree in Child Development and began teaching Head Start in West Des Moines. Then she followed her career to Omaha. Nebraska is where Bill and Linda’s paths crossed once again. As fate would have it, a high school friend of Linda’s married a fraternity brother of Bill’s and moved to Omaha. The young married couple reintroduced Bill and Linda.

ZING! Just like the claims made in the 1960s Coke advertisements, Bill and Linda discovered that “be-alive sparkle” and were married in August 1967.

Because Bill had moved home to North Central Iowa to join his parents in the family’s seed business, the newlyweds made their home in rural Franklin County. Then in 1973 Bill and Linda built a home right next door to the seed company’s headquarters.

“It was so much more convenient to be close to the farm in the fall and spring when seed was coming in and going out to growers. Each day was exceptionally long, but the boys looked forward to getting  off the school bus and joining their grandpa and dad. Chris discovered his love for computers, and John developed a passion for seed products.” 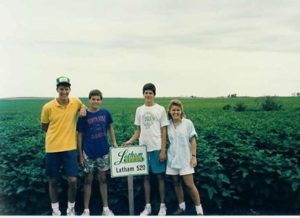 nother advantage of living next to seed farm is that cousins lived nearby. Three of the five Latham brothers were involved in the seed business, and each one lived within two miles of the seed company. John and Chris each had a cousin the same age, so they were the best of friends and shared many similar experiences.

After John graduated from high school, he followed in his father’s footsteps by enrolling in the College of Agriculture at ISU and pledging Alpha Gamma Rho fraternity. Chris also made his way south after high school and graduated from Drake University in Finance. The two brothers worked for other companies before working together in the startup Latham Hi-Tech Hybrids. Today they and John’s wife, Shannon, are proud to be the third generation to own and operate Latham Seeds. 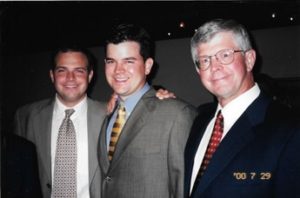 From left to right: Chris, John and Bill Latham

“I know Bill would be very proud of what John and Chris have done in the seed business,” says Linda. “I also am proud of them as they are following a deep legacy. Their grandparents, father and uncles all involved and known in the seed business. I believe by living close to the business they learned about the responsibilities of operating a business, and they developed leadership skills.” 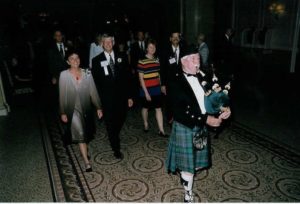 Bill and Linda Latham hosted a joint seed conference in June 1998 with the Canadian Seed Trade Association president and First Lady, Wayne and Isabelle Gale. Both couples are pictured here during opening ceremonies.

“When the boys were growing up, they attended a lot of industry meetings with us,” says Linda. “Our family vacations were usually centered around one of the meetings as they were held across the United States. We became friends with people all over the world through our involvement in these seed meetings.”

One of the best experiences Linda said they had was in 1997-1998 when Bill served as ASTA president. He and Linda spent the year working with the president of the Canadian Seed Trade Association and his wife as they hosted a joint convention in Toronto.

“That year of working with Canadians and Americans to plan a convention for more than 1,000 attendees was a big highlight!” says Linda. “We traveled so much that year and attended the Federation of International Seed Association convention in Monte Carlo. We also were able to attend the Southeast Asian Seedsman meeting in Brisbane, Australia. Bill attended meetings while I got to see and pet koala bears and kangaroos.” 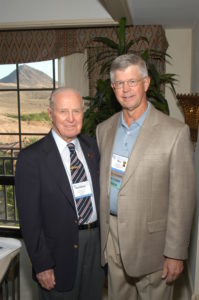 Another highlight was in 1999 when Bill and Linda served as ASTA convention chairs in Lake Las Vegas. One of the keynote speakers was Dr.

Norman Borlaug. A native of Cresco in Northeast Iowa, Dr. Borlaug became known as the Father of the Green Revolution and won the Nobel Peace Prize in 1970.

“Dr. Borlaug arrived at the hotel on Sunday afternoon with a friend who had just won the World Food Prize. Bill and I visited with them in the hotel lounge. Norman ordered a rum and Coke. Shortly thereafter, Bill thought they should register for the convention. Bill left with Dr. Borlaug’s aid, leaving me at the table with the guest of honor. I was a little panic-stricken for a moment. After all, I’m not a scientist! What could I possibly have in common with Dr. Borlaug? It turned out that he was very easy to talk with. Because he was born and raised on a farm in Iowa like I was, we visited about his childhood. He was genuinely nice. I felt like I was talking to my grandpa as Dr. Borlaug was in his 90’s then.”

Today Linda enjoys reliving many of her favorite life experiences through her sons. She looks forward to traveling to Ireland in July 2021 on a Latham® Dealer trip. Linda’s ancestors moved from Northern Ireland to Jasper County in Central Iowa, so she looks forward to sharing her ancestry with her grandkids. Linda also enjoys attending her five grandchildren’s many activities plus attending Iowa State Cyclones football and basketball games. Her grandchildren range from 4th grade to college, but they have a love for chocolate cake in common.

Today Linda is sharing with us one of her favorite recipes for chocolate cake. 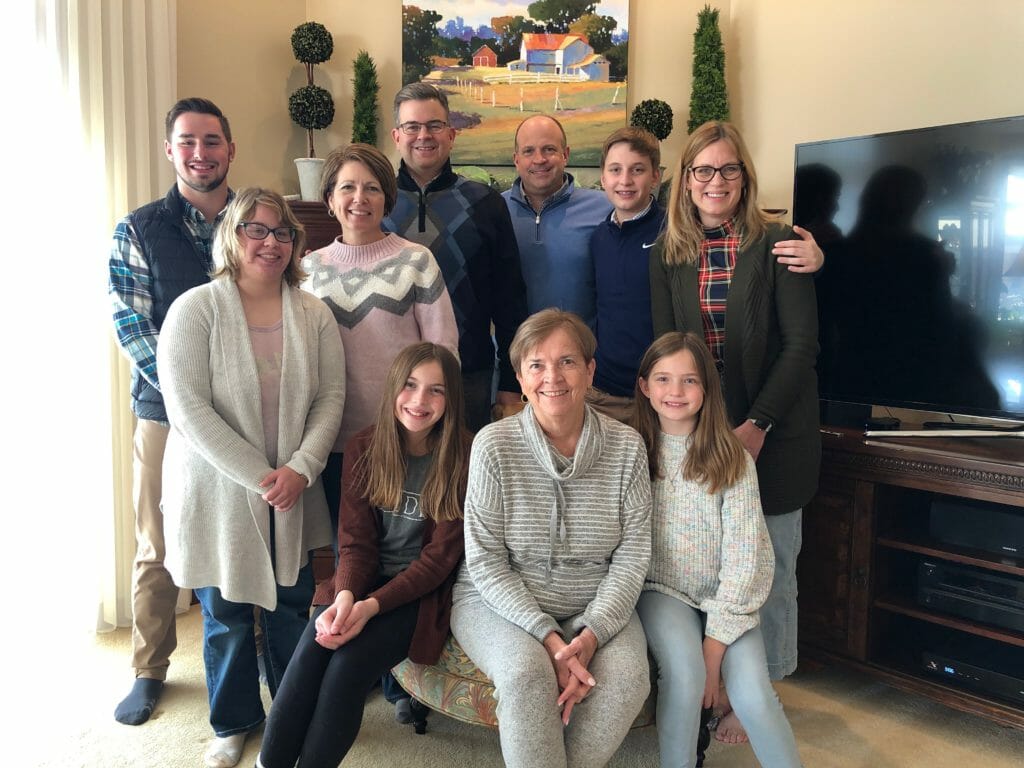 Combine margarine and sugar in a bowl then add the boiling water. Mix until combined. Sift together flour, cocoa, baking soda and salt. Combine both mixtures and stir until combined. Lastly, add eggs and vanilla. The batter will be thin!

Combine sugar, milk and margarine in a saucepan and bring to a boil for one minute. Stir in chocolate chips until smooth. I blend in blender to really make it smooth. Spread on warm cake or brownies and enjoy!