Seed is packaged and prepped for delivery. No year is truly the same in this business, but I can honestly say that 2019 has been the most uncertain. I still cannot believe the amount of acres across this region that still are in flux.

It looks like it will be one of those oddball years when the northern zone goes to the field weeks before the south. The hardcore no-till farmers in the western part of the state are rolling on peas and small grains. Rain in the short-term forecast will mellow everything and should make ideal planting conditions. 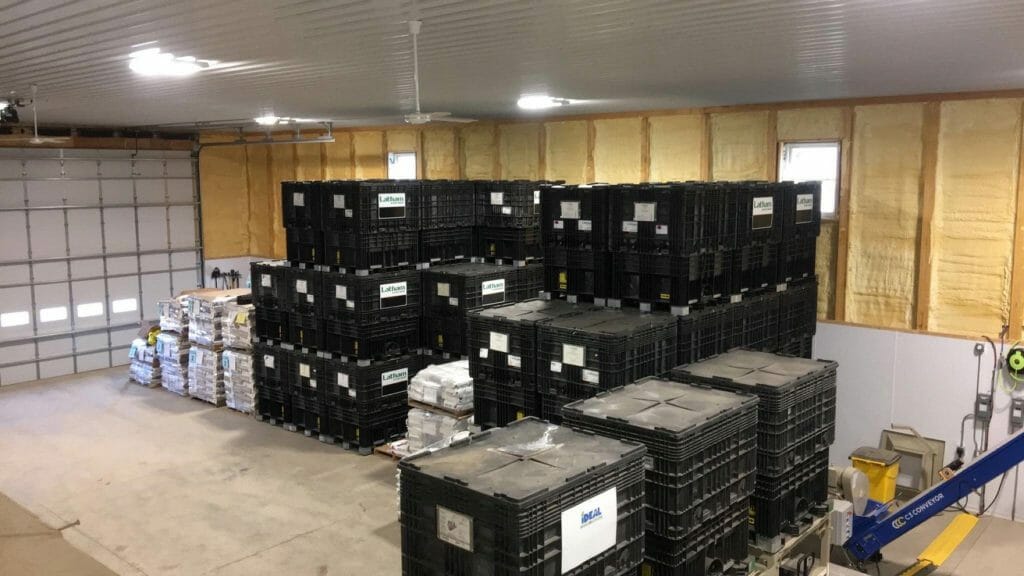 While the calendar wants us to plant, Mother Nature is asking us to be patient. Use this time to ensure all equipment is ready. Make a plan, so you can be as efficient as possible when the soil conditions are fit for us to get into the field. Everyone will be busy, but safety should come first. 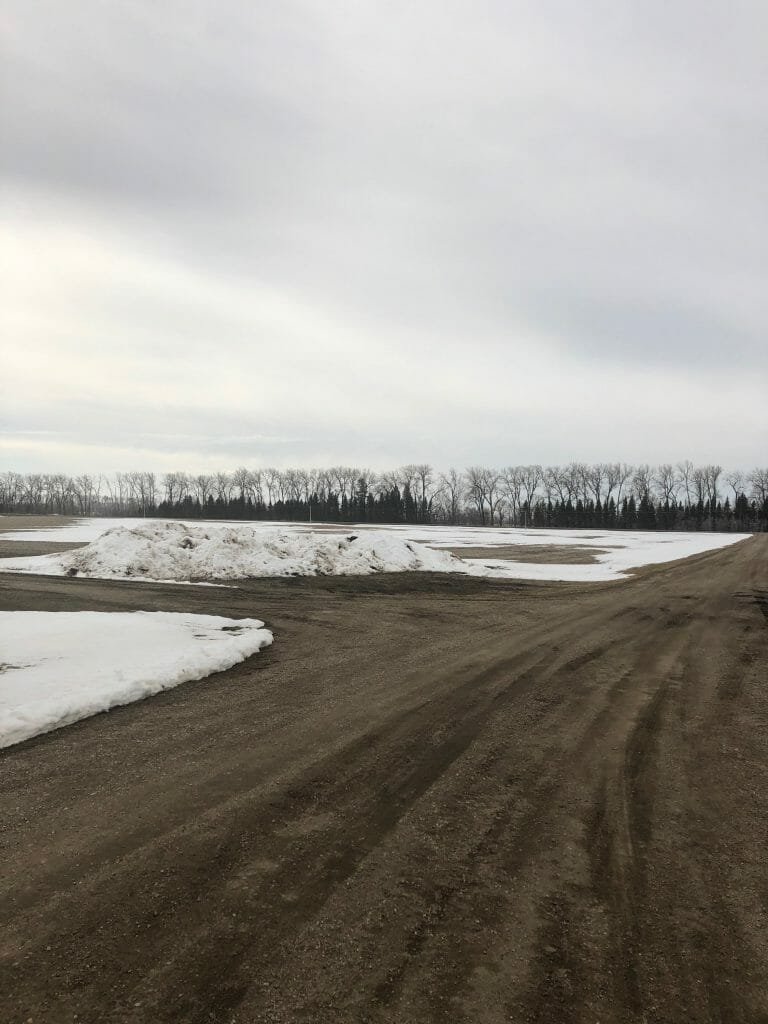 The start of a new crop year has not yet brought us spring weather! Many areas in Northeast South Dakota (NESD) received two feet of snow during the past week; Wallace, SD received 30 inches. Snowfall totals this year reached over 80 inches, which is prolonging planting. There’s no need to rush to earlier maturities as there is still plenty of time to plant your full maturities. The weather pattern looks to be drier and warmer, so get those planters ready to go! 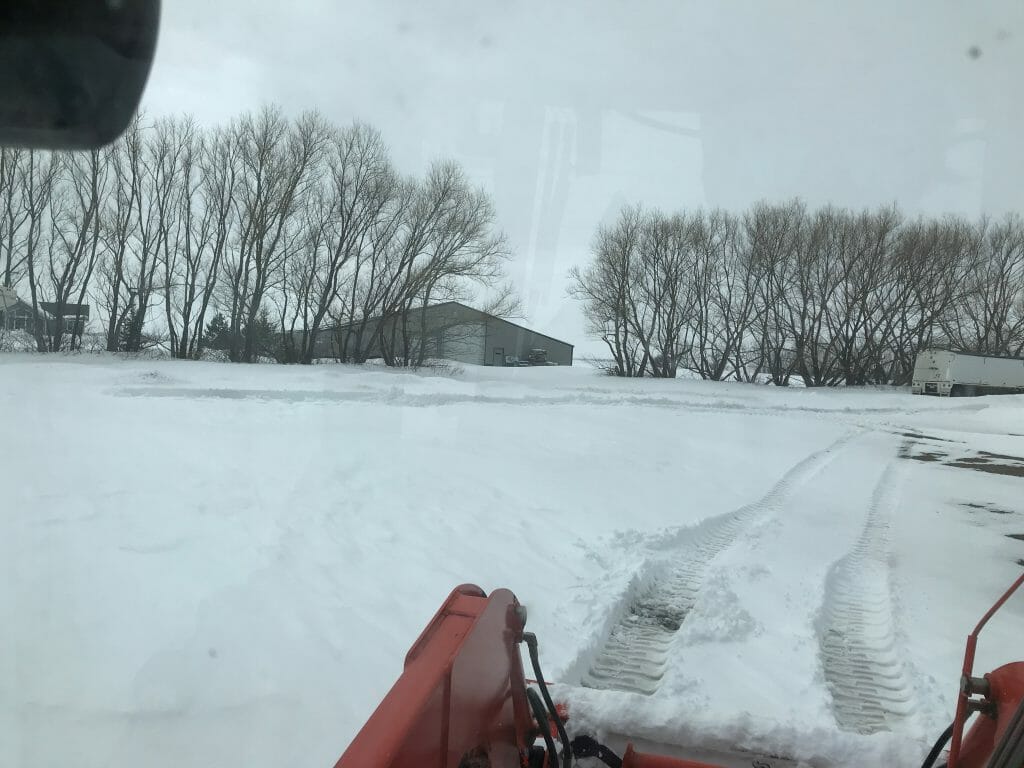 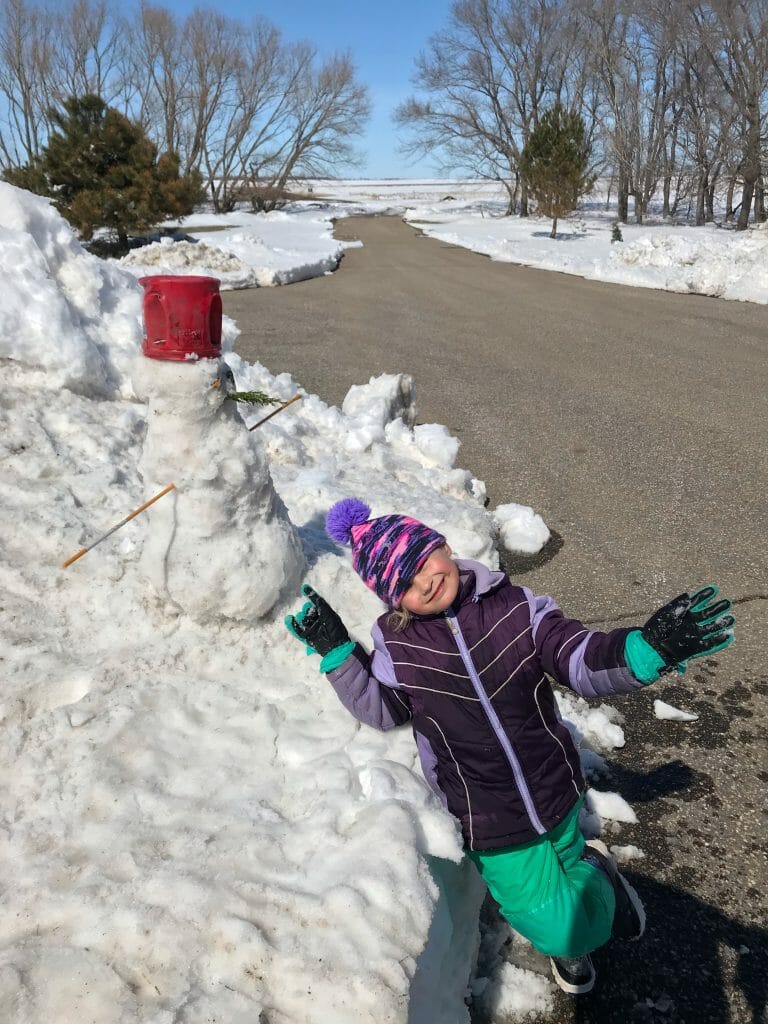 This photo was taken April 11 in Carthage, SD.

The calendar says it’s spring, but Mother Nature reminded us who’s running the show. Last week much of South Dakota was blanketed by snow, ice, and rain. Some areas received as much as 24 inches of snow while others dealt with ice and strong winds that knocked out power for days. With warmer temps and rain forecast for this week, hopefully much of the snow will melt by Monday. Unfortunately, that means there will be flood waters. Many areas were flooded before the storm, so people there will continue to deal with more water as the snow melt flows south. However, 50-degree temps have planters pulled up to shops and getting serviced. We will be ready when the time comes! 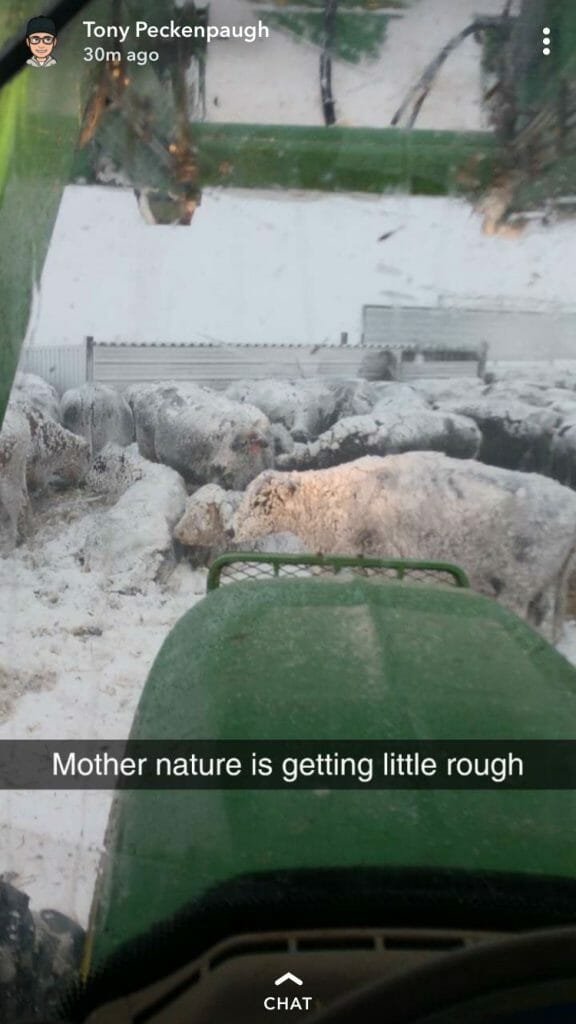 This picture was taken at Riverton Seed near Glyndon, Minnesota, where the Johnsons are busy moving and calibrating their seed treatment equipment. Cool, wet soil conditions at planting time increase the likelihood of seedling diseases. When seed lies in these soils for longer periods of time, there’s more time for the pathogens to attack the plant. Growers should consider starting with a solid seed treatment to help seedlings emerge as quickly as possible. 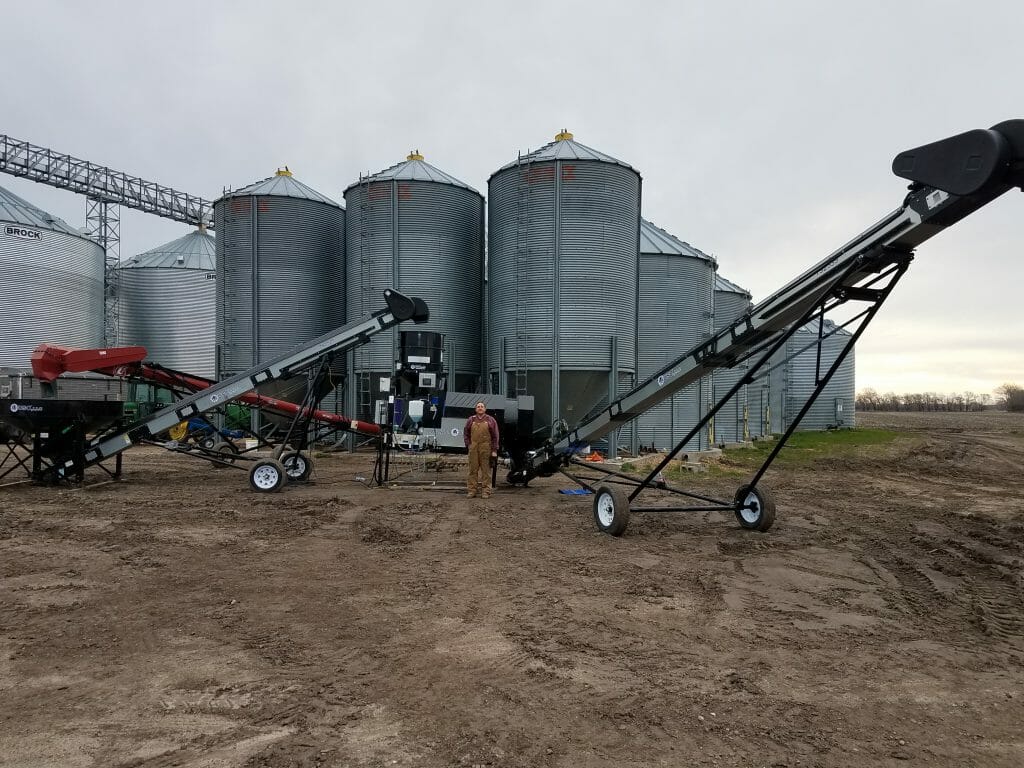 Soil temps are hanging around that 40-degree mark after 8 to 10 inches of snow fell five days ago in Redwood and Renville Counties. Planters remain in the shed, waiting for fit conditions to plant Latham® seed. 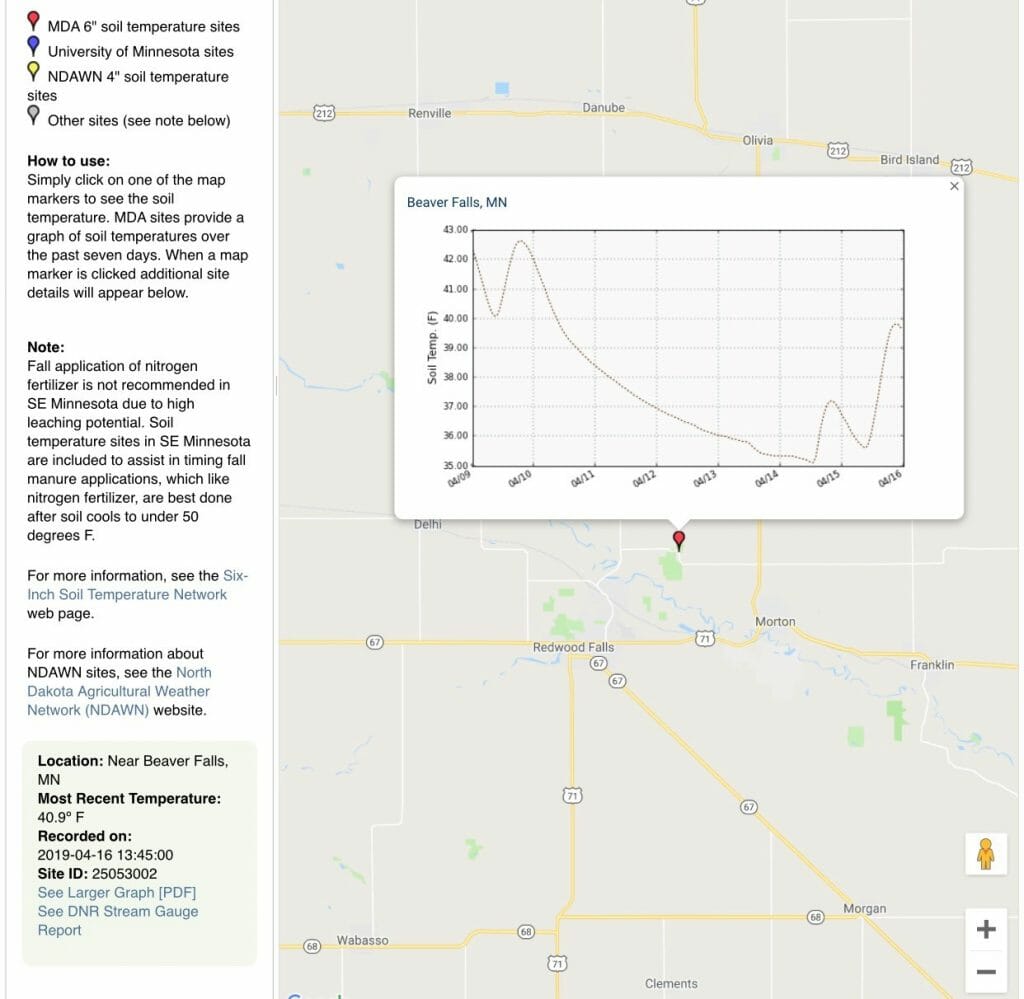 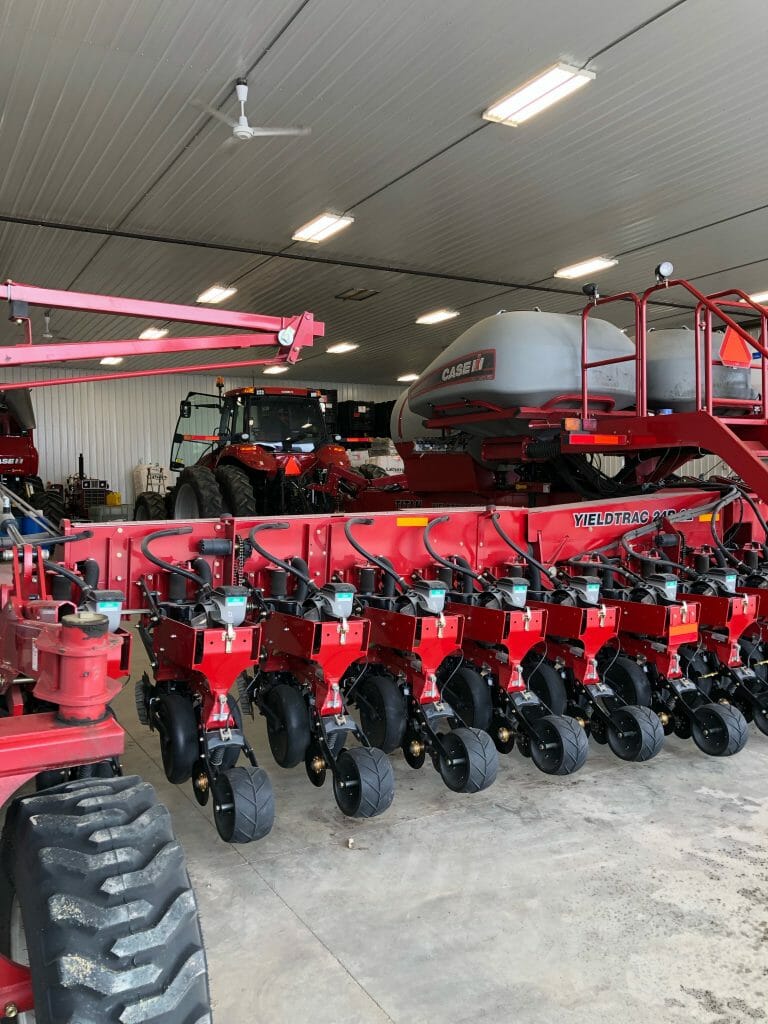 It could be a few weeks before planters roll as Northern Wisconsin is still blanketed with snow. Last week we received more than one foot of snow. With that snow storm, we set a new snow total record of 98.9 inches.  I was hoping for another inch and half to break the 100″ mark!

These photos give you an idea of the challenges we faced cleaning up from last week’s storm. Drifts were as high as 7 feet. The first picture is my driveway; look closely and you’ll see a plow truck about half way up the lane. The second photo is what’s left of a machine shed after the roof caved. Several hundred farmers in this area experienced the loss of a shed, machine shop or barn. 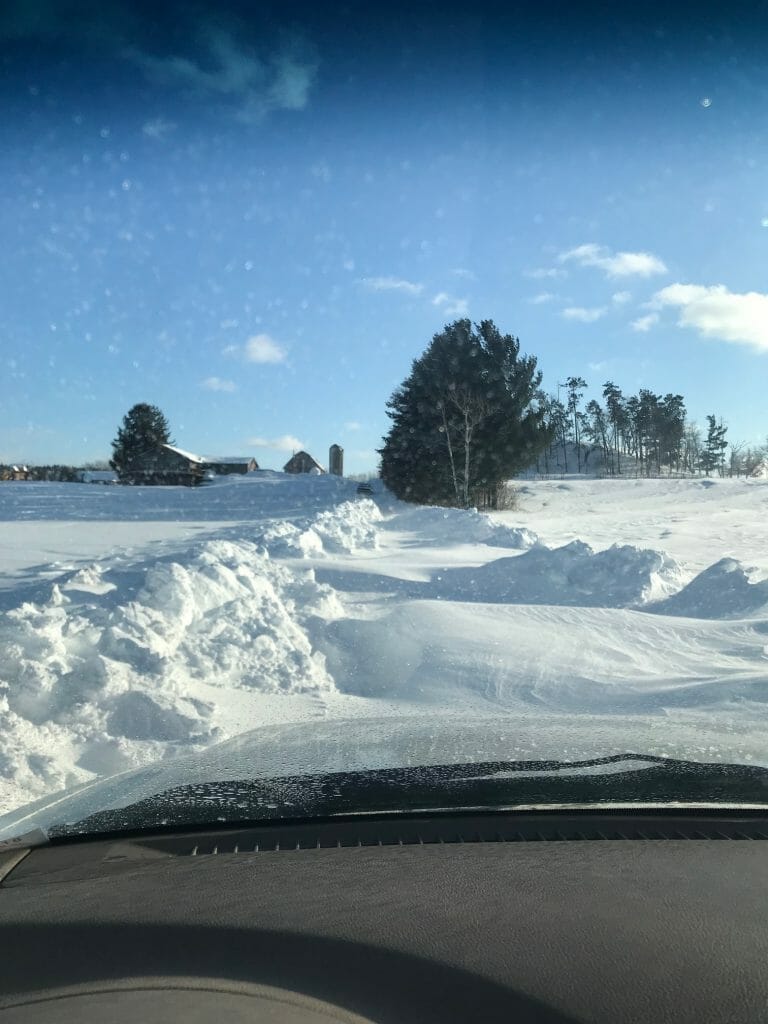 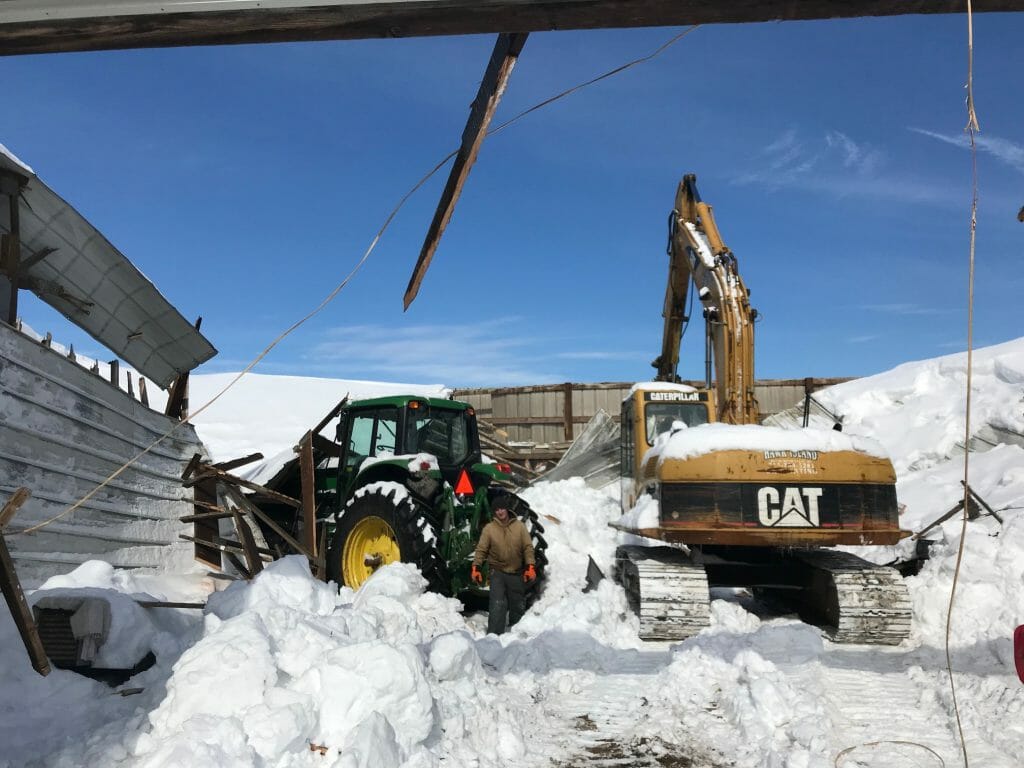 Depending on what Wednesday’s forecast brings, we might be able to turn planters loose on Monday in southern Wisconsin.  As the weather turns for the better, Latham® dealers are busy getting seed delivered and doing their final planter inspections before they hit the fields. This John Deere 1750 planter is in the shop, getting upgraded to a Precision SeedSense 20/20 monitor and Climate Fieldview. 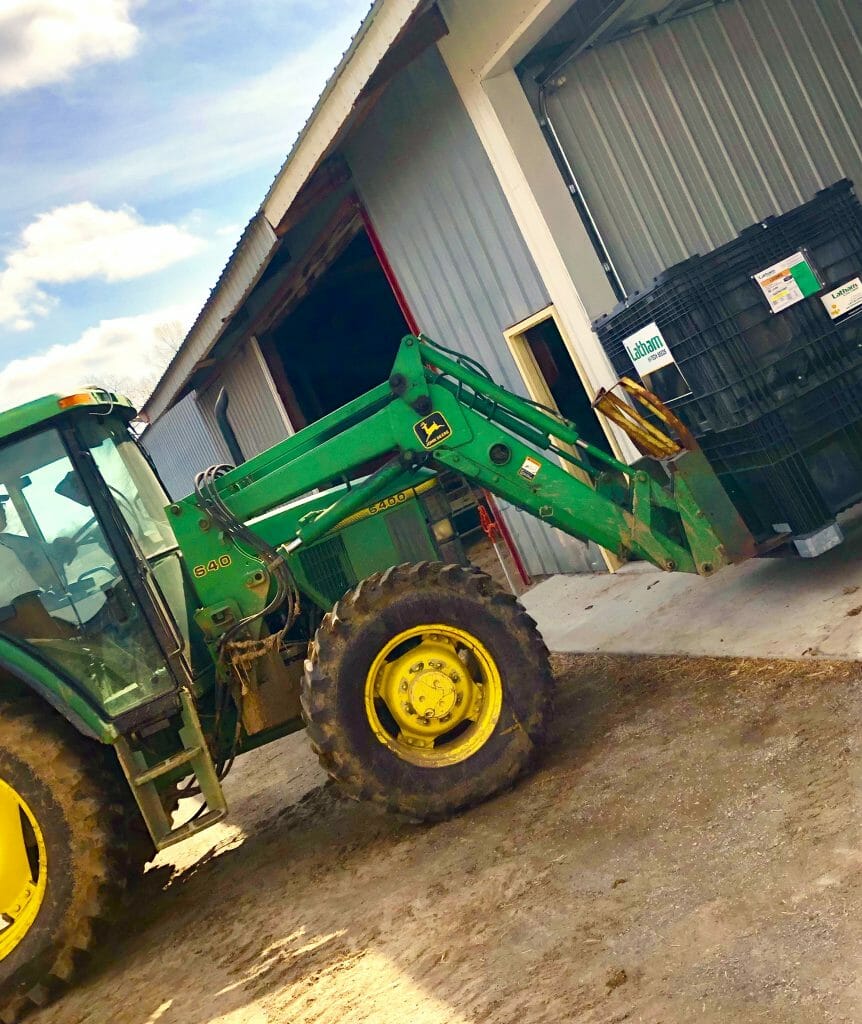 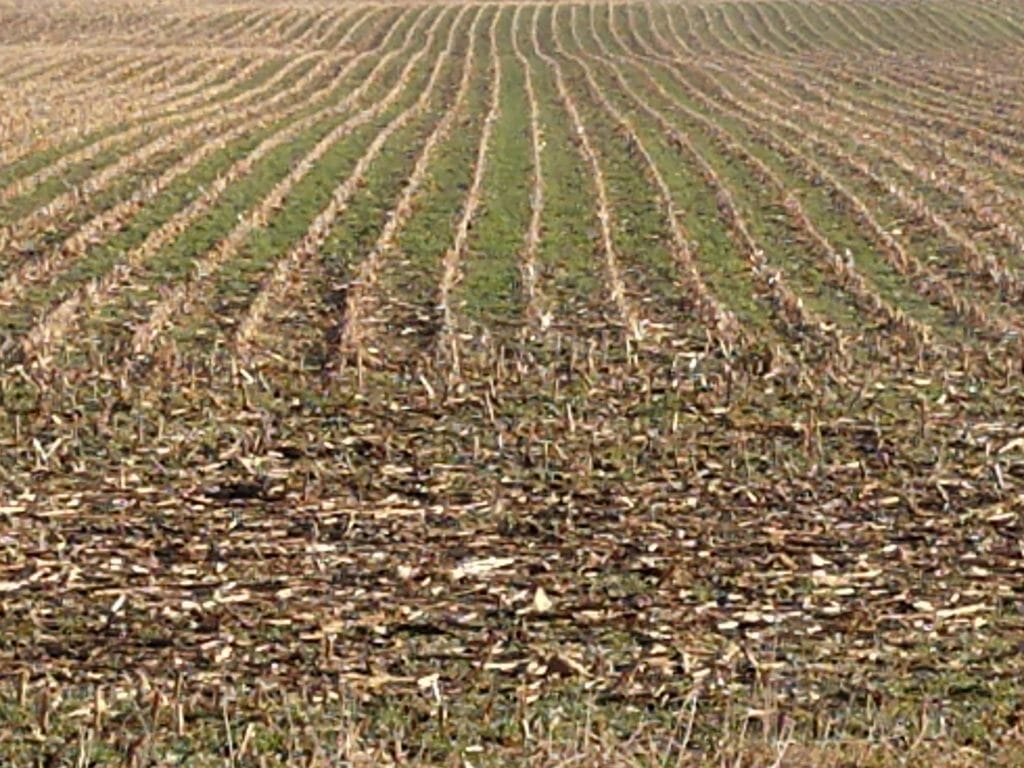 This farmer in Black Hawk County applied anhydrous this week. The soil temp is around 45 degrees in Black Hawk and surrounding counties, but soil temperatures aren’t that warm yet in northern Iowa and southern Minnesota. With rain in the forecast this week, it should get the rest of the frost out of the ground. I expect to see tillage underway and anhydrous going on next week in the more northern part of my territory. 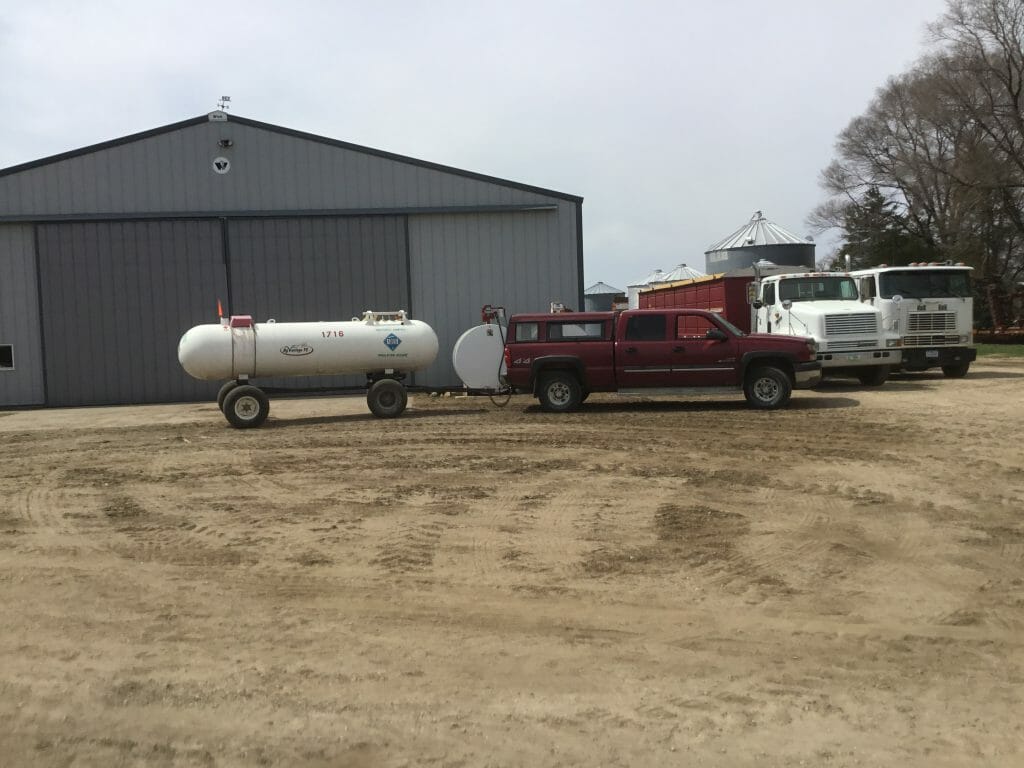 With plenty of moisture and a few days of sunshine, this field of Latham® cereal rye and Daikon Radish is coming along nicely. This grower has been using a cover crop program for six years credits this practice for his increasing soybean yields. 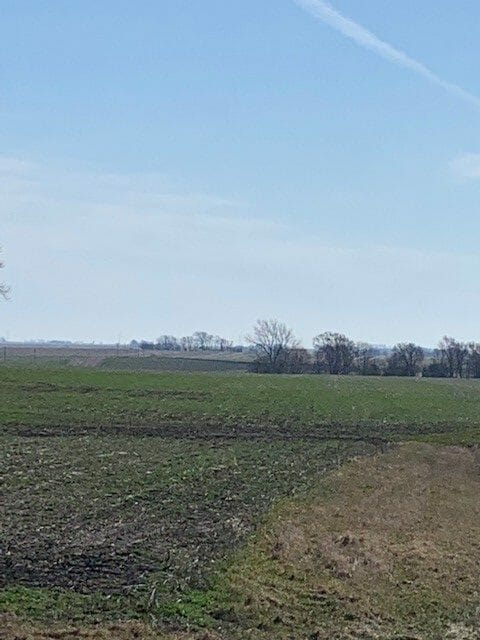 Field work is underway in Eastern Iowa. Anhydrous is being applied, and Latham® seed is being delivered. 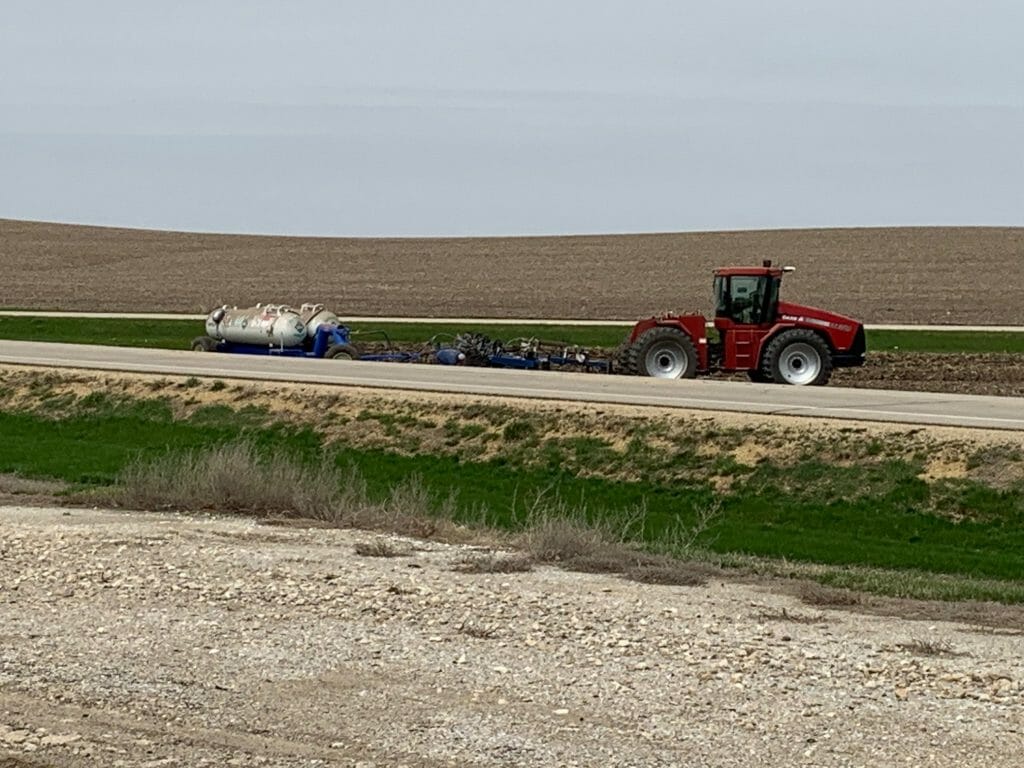 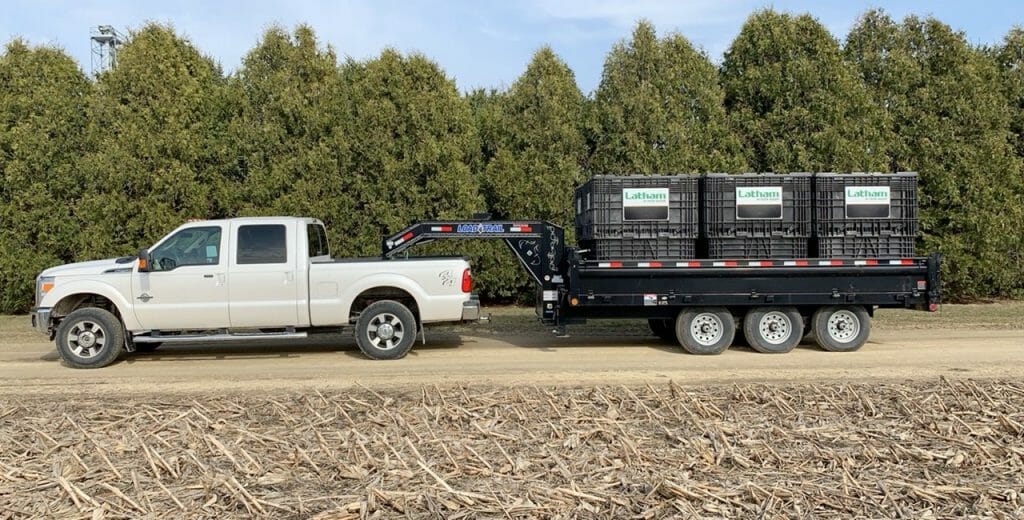 These photos help show why Iowa Gov. Kim Reynolds issued a disaster proclamation for 21 counties in response to flooding and severe weather that began March 13 and continues. Here you can see some of the residue left in the fields after flood waters receded. 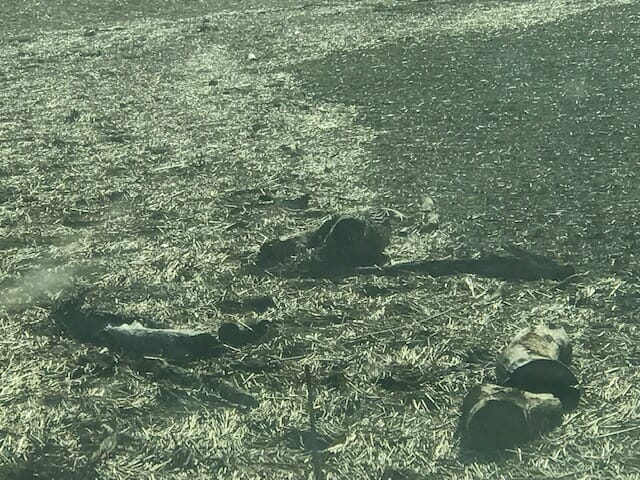 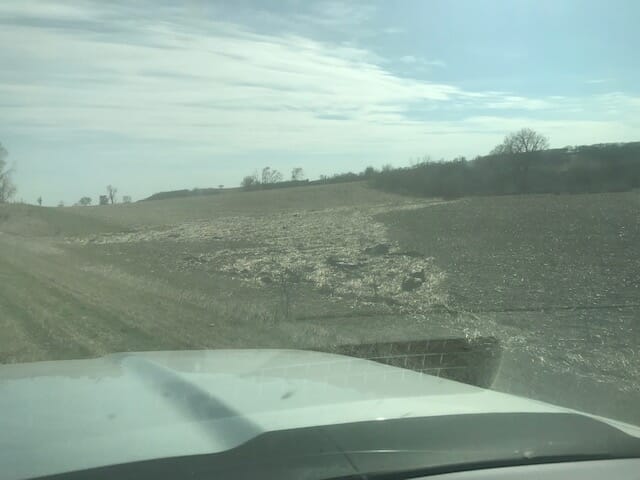 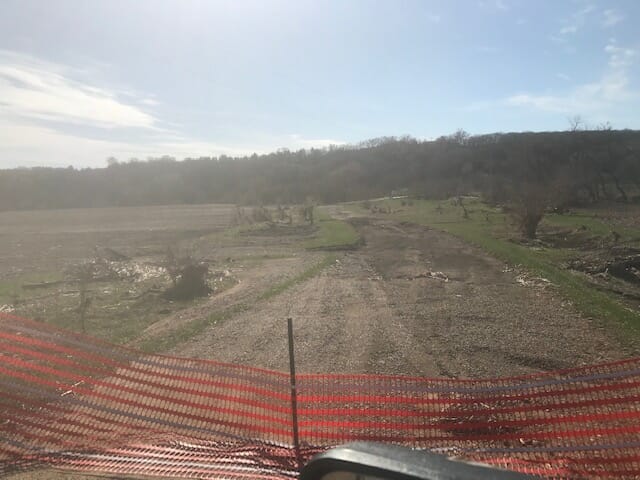 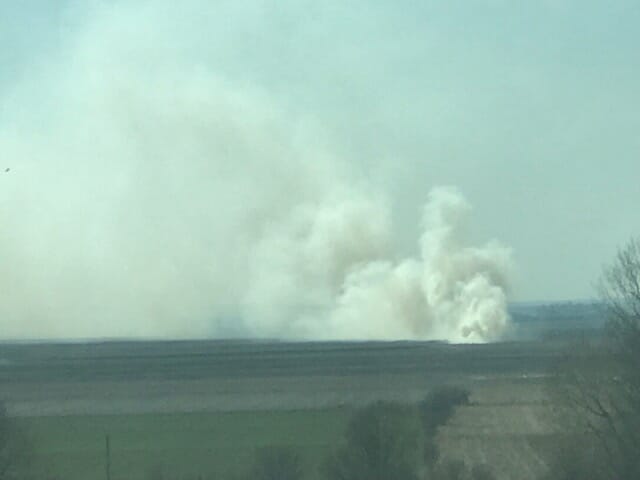 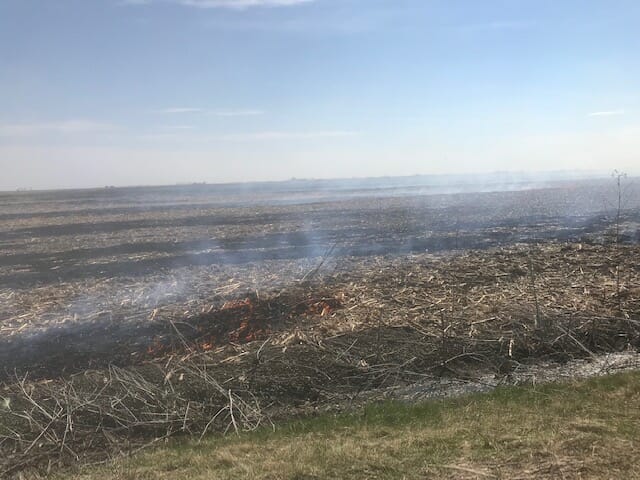 Grain bins collapsed when grain swelled during the flood. 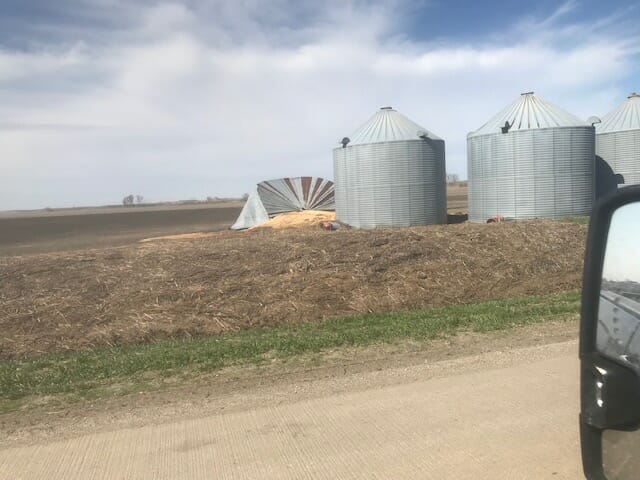 Now that cleanup is done, field work has begun! We’re grateful for sunshine and warm temperatures. 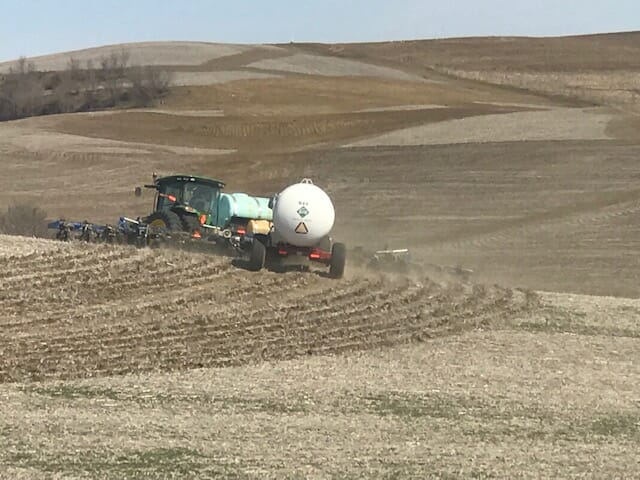 Latham Dealer Jenna Ricklefs and her husband, Jon, on April 16 started planting corn north of Rolfe in West Central Iowa. The first number that went in the ground was Latham’s LH 6175 VT2 PRO. 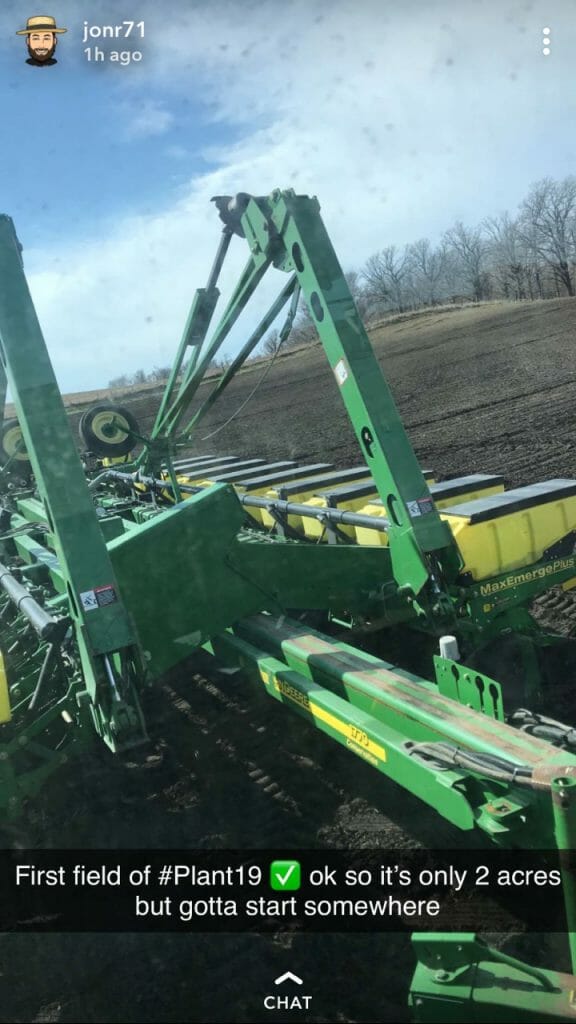 Temperatures have been in the high 60s and low 70s across Central Iowa, so farmers have been busy. This week they have put on anhydrous, done some tillage and a little spraying. Planting even got underway, although it may come to a halt soon as rain is in the forecast for the rest of this week. 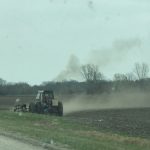 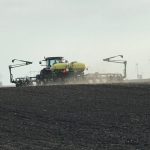 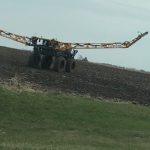