Nitrogen rates can be the most powerful yield influencer when it comes to corn inputs. Other management practices including fungicide, starter fertilizer and seeding rate also can significantly impact yield.

In a previous post, I discussed the results of our Climate FieldView (CFV) study. We compared a recommendation from Climate’s Nitrogen Advisor tool of 135 pounds per acre (lbs/A) total Nitrogen (N) to our typical yield goal (YG) approach of 170 lbs/A total N. We didn’t see significant yield differences between the two nitrogen programs. In this post, I’m going to focus on the other 10% of the
study.

Seeding rates don’t always influence yield as expected because many of our hybrids have outstanding ear flex and the plant compensates for the additional space. Our planting rates were around 31,500 and 37,500 seeds per acre in our study, but weather greatly affected this. Several severe storms hit during the early growing season, and winds of 70+ mile-per-hour hit during the period of rapid growth for most of our corn. Corn fields throughout our area saw quite a bit of greensnap; the corn we planted 10 days later had no greensnap. Unfortunately, timing was not on our side. I took stand counts before harvest. Our final plant stands were 25,000 and 29,000 plants per acre (ppa) for the low and high seeding rates. We had approximately a 4,000-plant difference between the two seeding rates, which made a significant yield difference. 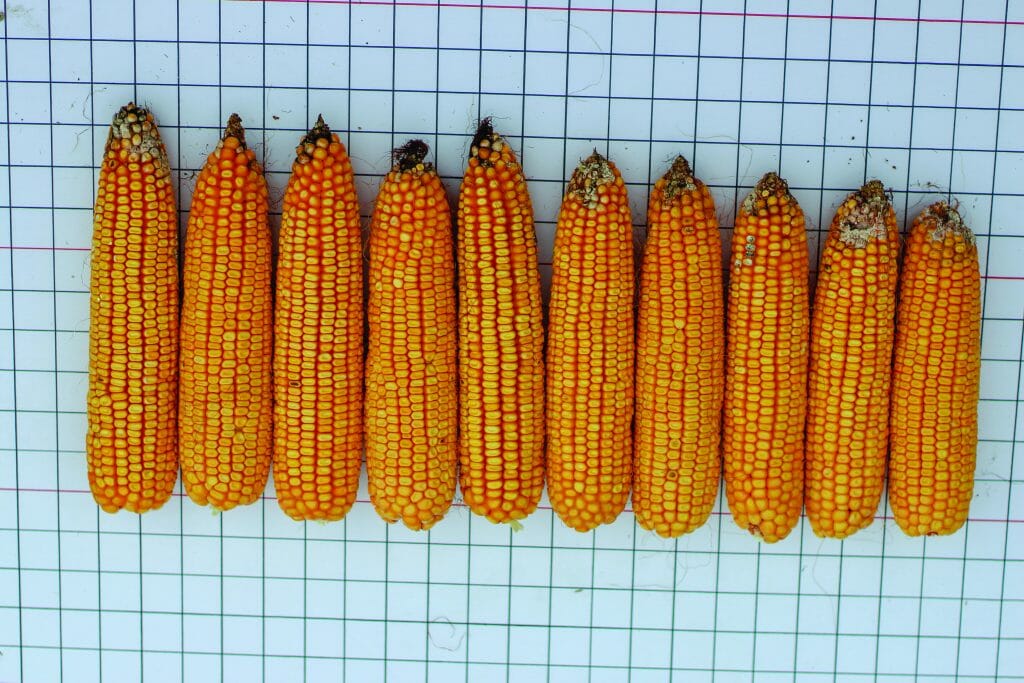 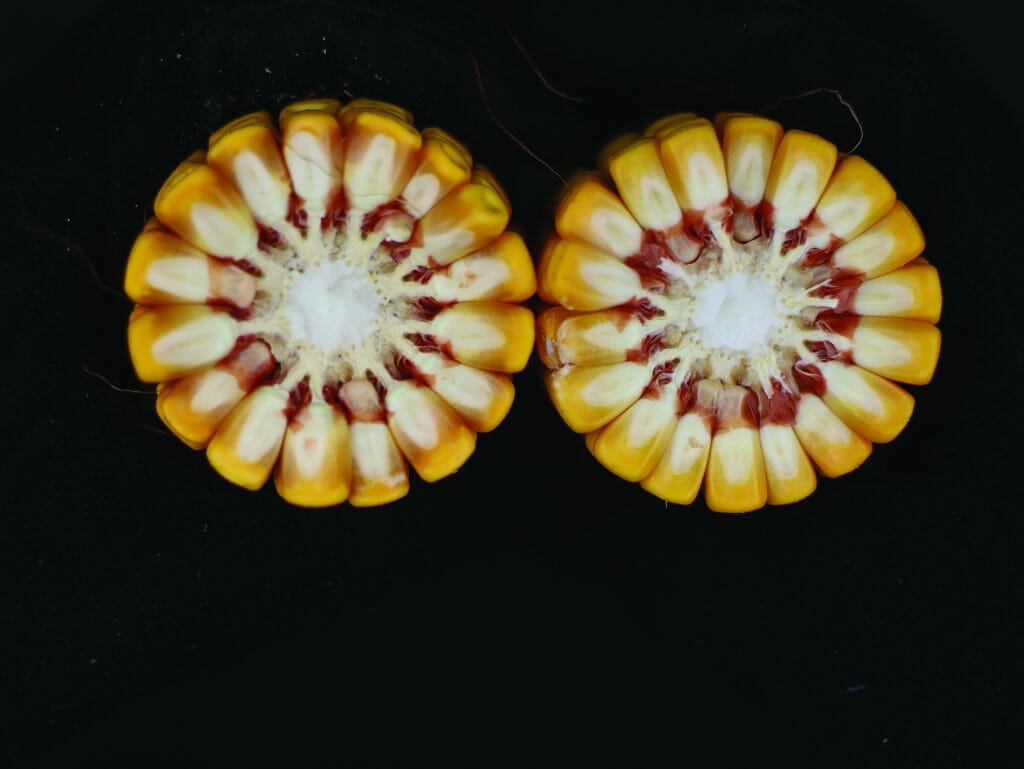 Our nitrogen test didn’t show a yield difference despite the 35 additional pounds in our YG approach. Given the abnormally high amount of rainfall and above-average growing degree units (GDUs) for the season, we likely saw an increased grain-fill period and some additional loss of nitrogen through leaching. Above-average temperatures and good soil moisture means we also likely had higher mineralization rates, so the soil may have saved us because this particular soil organic matter is 5.0 percent.

All things considered, our YG approach won out in terms of revenue this year, but will it hit the mark every year? Consistency is what we want to see when trying to manage such a variable nutrient in the soil. In the future we plan to expand our research on the CFV Nitrogen Advisor tool to bring meaningful information on seeding rates to our dealers and customers.