A group of Latham® dealers and employees set sail July 29, 2018, for an eleven-day cruise and land journey around Alaska’s famous Inside Passage. Our first day at sea was spent relaxing around the pool, acquainting ourselves with the ship and learning more about the Holland America cruise line. Many of us also enjoyed a cooking demonstration on how to prepare salmon by a special guest chef from the cooking show “America’s Test Kitchen.” 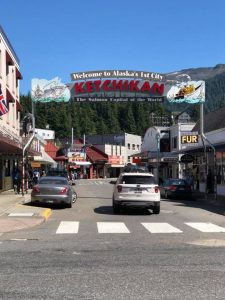 Anticipation built as the mighty Noordam made her made into port on Tuesday, July 31. We were greeted with sunshine and unusually warm temperatures. The daytime high reached nearly 80 degrees in Ketchikan, Alaska’s first city. While our group enjoyed the weather, locals voiced concerns about the nearly two weeks of warm, dry weather because the Tongass National Forest is the world’s largest remaining temperate rain forest. It encompasses about 1,700 million acres in Southeast Alaska. Average rainfall ranges from 26 inches in Skagway to 225 inches of rain in Little Port Walter on Baranof Island. Tongass waters house 128 glaciers and all five species of Pacific salmon.

With temperatures about 15 degrees warmer than the average July temperature for Ketchikan plus sunny skies and calm waters inside the bay, many of our guests enjoyed fishing in the world’s salmon capitol. Others enjoyed touring the Misty Fjords National Monument and learning about history in the Southeast Alaska Discovery Center.

Alaska’s rich cultural ancestry is literally on display in Ketchikan as the world’s largest display of totem poles are scattered throughout town. In fact, one of the city’s most famous totems is pictured on page 25 in a U.S. passport. The “Raven Stealing the Sun” Totem Pole was commissioned by the City of Ketchikan to honor the Tongass Tlingit people who inhabited the area. It tells of Raven who desired the sun, moon and stars owned by a powerful chief. 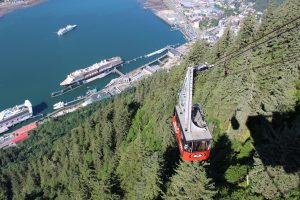 Our next port visit was Juneau where many of us enjoyed riding up the Mount Roberts Tramway through the Alaskan rain forest. We could see the Chilkat Montains to the north, Stephens Passage to the south, Douglas Island to the west, and Silver Bow Basin in the east where gold was discovered in 1880. Atop Mount Roberts, we watched local artisans craft totems. There also was a gallery where Native art prints, traditional weaving and carving were on display. Many of us also hiked here, taking in a spectacular 360-degree view.

Did you know Juneau is the only state capitol that is not accessible by land? That was just one of the interesting facts we learned in this city. Juneau is the second largest U.S. city by area, although it only has a population of about 32,000.

There were so many excursions offered in Juneau from whale watching and tours of Macaulay Salmon Hatchery to salmon bakes and helicopter tours of Mendenhall Glacier. The Mendenhall Glacier is a half-mile wide, hundreds of feet deep and is fed by the 1,500-square-mile Juneau Ice Field. 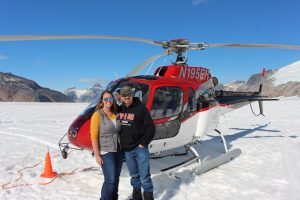 Because my husband is a pilot and we’re both dog lovers, we chose an excursion that allowed us to take a helicopter ride to a mushing camp. We learned that mushers bring their dogs to the area through the summer months and spend their days and nights on the glacier with the dogs. 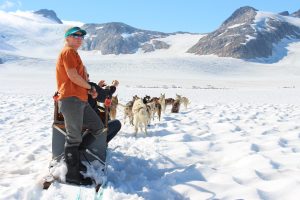 While it’s important these Iditarod athletes stay in top-shape, their time spent in Juneau is actually “vacation”. It’s much too warm to train as hard as they will at the close of tourist season, but visitors for dog mushing rides provide great opportunity for mushers to earn supplemental income to help care for the dogs and to get regular exercise in on the sled. In October, they’ll pack up camp and move four hours North to begin training for opening day of the Iditarod – a race across Alaska where teams of dogs will chart over 100 miles daily making their way to Nome, Alaska to claim the title of fastest team. 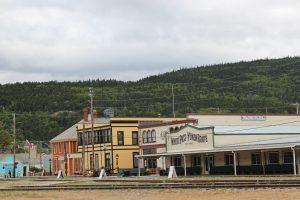 Our third port stop was Skagway, which has a colorful history dating back to Klondike Gold Rush. Most of the buildings in this town are registered National Historic Landmarks, so a wooden boardwalk is still in place rather than cement sidewalks. All the colors and fonts used on storefronts must be approved by the historical society, as well. 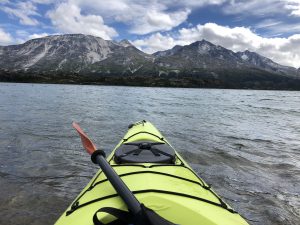 While in Skagway, many from the Latham group enjoyed a trip on the White Pass Summit Scenic Railroad. Against all odds, this iron rail was built 110 years ago through some of the North’s most ruggedly beautiful terrain. The train passed Bridal Veil Falls, Inspiration Point and Dead Horse Gulch so named for the thousands of horses that died as gold miners made their way up the mountain. Our tour also included a stop in Fraser, British Columbia for a few hours of Kayaking near Fraser Pass in the Rocky Mountains. Other Latham guests rented Jeeps and explored the Klondike Highway. Because the town is steeped in history, several from our group chose to stay in town where they also enjoyed fresh catch. 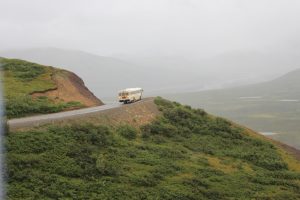 When our seventh day at sea was complete we disembarked south of Anchorage and started the “land” journey part of our trip.This began by bus to Denali National Park for a two night stay at the McKinley Chalet Resort. Dealers and guests enjoyed a back country tour of the park spotting grizzly bears, moose, caribou, wolves, Golden Eagles and other native bird species. We also enjoyed a train tour of inland Alaska on our return to Anchorage aboard the McKinley Explorer.

The photos just don’t do the justice to the vastness and beauty of America’s 49th state. Thanks to all our dealers for their hard work, we hope you enjoyed your trip and relaxation in Alaska. 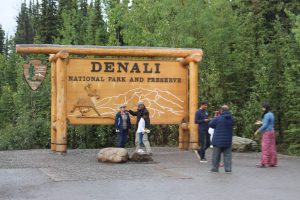 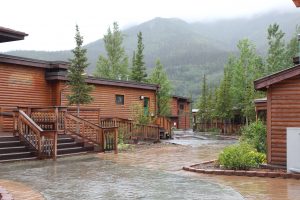 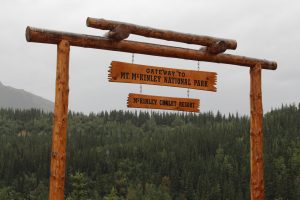 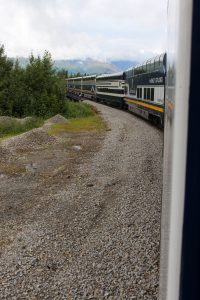 Fresh Alaskan seafood was available in every port, so today we’re sharing with you two salmon recipes demonstrated onboard the Noordam through “America’s Test Kitchen.” 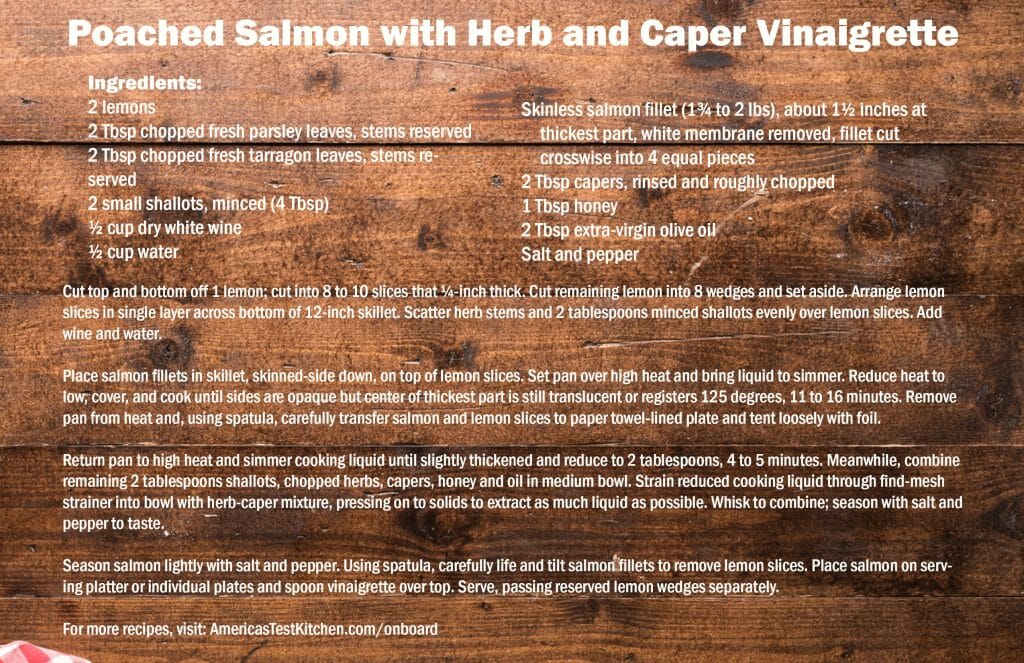 NOTE: Wild caught salmon should only be heated to 120 degrees.

CHEF’S NOTE: It Is important to keep the skin on during cooking. Remove skin afterward if you choose not to serve it. An easy relish with ample acidity and bright flavors balance the richness of the fish.