From the Field Crop Report: June 13

Crops across Eastern Iowa are growing by leaps and bounds. Rainfall varied from half an inch to 7 inches last weekend. Prior to the rainfall, corn here was rolling due to lack of moisture. These pictures were taken of the Latham® Hybrid SuperStrip plot planted April 29 by Bart Paulsen of Stockton. All the corn stands between 36 to 46 inches tall, so next week Bart plans to side-dress nitrogen.

Farmers cutting alfalfa, corn is between V5 to V8 stages, and soybeans are growing nicely. Rain has been spotty in areas of the region. There are some areas that could use a little more rain. 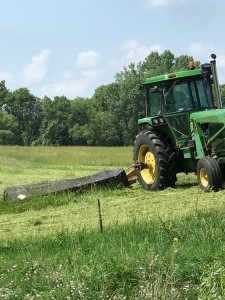 Latham’s popular L 2084 R2 is coming along great in northern Iowa. Corn and Soybean fields were coming along great before last weekend’s storm hit. Last Friday this area received another 4 inches of rain plus another 1.5 inches and hail on Saturday. Now the attention has turned to replanting soybeans. 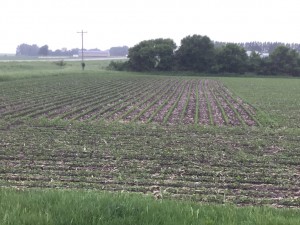 Hail hit Webster and Wright Counties on Monday, May 28. Check out the photos in the last crop report to see how the corn is progressing. I took these pictures June 12 at the same location of the same corn plants. This corn is knee high or better. After a long drawn out spring, it rewarding to see good stands from these two hybrids. Latham’s  LH 6045 VT2 PRO RIB and LH 5635 VT2 PRO RIB look to have a bright future!

Knee high by the Fourth of July…this field of LH 5965 VT2 PRO RIB corn in Moville, IA is waist high. The corn is progressing well in my territory with this field at stage V6 to V7.

The 2017 rock star in Wisconsin, LH 5245 VT2 PRO RIB, is living up to the hype so far in 2018!  Some soils were cold at planting time, but it didn’t take any extra time for this hybrid to come out of the ground. I stopped to check on this perfect field here at V4 in Ripon, Wisc.. It was planted May 8. Nice weather and a heat wave forecast for this weekend will make it a race to get this field sprayed and side-dressed before the corn gets too big.  Strong emergence and uniform stands have my heart set on another solid year of performance from this hybrid! 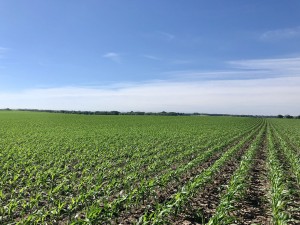 The last soybean plot went in the ground on Friday in Cadott, Wisc. Planting across the region is nearly finished. Now the race is on for weed control! Many of the corn acres have been covered, and the sprayers are going strong on soybeans. Giant ragweed is becoming an issue to the south and yellow nutsedge in the north. The northern half of the state could use a little rain as shown in the second photo. You can see late planted soybeans are struggling to break the surface. 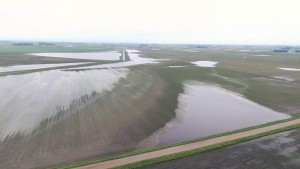 A severe storm moved through Cass County on June 8. Unfortunately, it caused lots of damage to corn and soybeans fields around Kindred, North Dakota.

This spring as been an interesting to say the least. South Dakota has experienced heavy rain, flooding, slow/poor planting conditions, stretches of hot dry weather with strong winds, and areas of drought. As you can see from the pictures, we have many corn fields that have canopied and others are in very early growth stages. There are still people planting soybeans in this area.

Much needed rain fell this week across Northeast South Dakota (NESD)! The areas that are dry could still use more moisture, but at least they received some rain. Areas in the east received 1 to 2 inches and drier areas received closer to a half inch. Last week a storm rolled through the area. Winds of more than 80 miles per hour blew corn stalks and covered soybean fields with trash, which cut off young soybean plants. Planters have been back in full force replanting these areas.

Latham customers, who planted at least 120 units of treated soybeans, are get the benefit of free replant. The corn is really growing quickly with the above-average temps and rainfail. Much of the early corn is nearly knee high. Soybeans are starting to take off as we’re nearing the longest days of the year!

Young soybean plants were cut and broken off from 80+ mph winds last week. 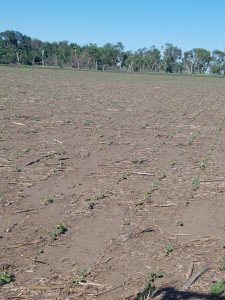 Last weekend I got some “windshield time” while disking up a few acres of CRP ground on which the contract had expired. I believe this will be the first crop planted on this ground in 30 years.

Since I was driving at slow speed, I had time to reflect. I believe the first CRP contracts were signed in the mid-80s. It made me think about the legacy that is passed on from generation to the next. Our family picked up this piece of ground in the mid-70s while I was transitioning from high school to college. At that time, I was picking up on the wisdom of my father and my grandfather. I remember thinking how much respect they had for the land.

Last weekend I was thinking about how my grandson, who is 2 and a half, could be the 5th generation on this farm. He enjoys riding with me and his dad in tractors and trucks. So here we are, taking care of the land that we have been given an opportunity to manage so that we may pass on our legacy to future generations.

Stay safe. Happy Father’s Day to all of you who are passing on the farming tradition! 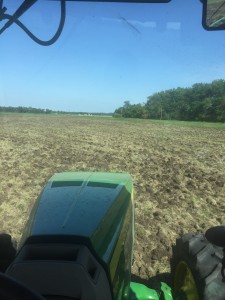 Last week a very bad hail/wind/rain event hit about a 30-mile stretch in eastern Stutsman and western Barnes Counties of North Dakota. Tens of thousands of soybean acres needed to be replanted, so it was a scramble to get the appropriate seed to growers. We got Latham® seed delivered to our customers in less than four hours of a phone call, while some of our competitors took 24 to 48 hours to service the calls. I am very proud of customer service and am thankful for the Latham Team members who helped!