From the Field Crop Report: May 2

It’s “Fast and Furious 2018” in Eastern Iowa. Planters are rolling. Plots being planted, so we can collect information that will help us choose Latham’s 2019 lineup.

If you live or farm near Highway 92 in Oskaloosa, you must come look at this Latham® plot by Jackson Seed Sales. We’re showcasing 17 corn hybrids, ranging from 108 to 114 RM. You’ll also see a new 110 day Latham leafy silage corn, plus NemaStrike trials.

There isn’t much action in Northern Iowa and Southern Minnesota. Soil temps have been around 34 to 40 degrees Fahrenheit for the past week. Soil temps finally reached the desired 50-degree mark on May 1, and I saw one Mitchell County farmer put some corn in the ground.

Keep in mind the short- and long-range forecasts before planting to avoid chilling effect, which occurs when seed corn takes in cold water. Rain is forecasted for the next couple days. The rain might actually help break up some of this ground that is quite hard now. Hopefully fields will dry out later this week, so planters can be in full force over the weekend. 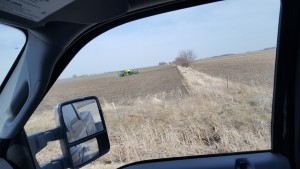 Landon Aldinger, a Latham® dealer in Iowa Falls, Iowa, uses prescription farming equipment to collect data that he uses to select and place seed on a field-by-field basis. Landon started planting on April 30.

Our cereal rye cover crop is greening up and growing at my place, south of Garner in North Iowa. 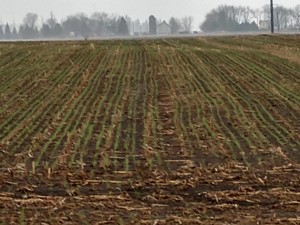 With rain in the forecast for Northwest Iowa during the next few days, some farmers are sneaking in field preparation. Frost is still present, so a warm rain may treat us well.  Keep in mind that for most of us we can get our entire crop planted within a week, so wait for fit soil conditions and not plant because “the calendar tell us it’s time.” Let’s try to wait for a good window for planting! 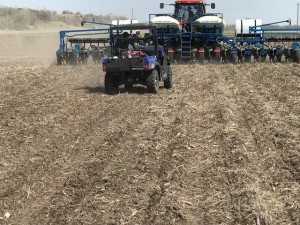 Growers hit the field last Friday and haven’t slowed down since.  A much needed rain is expected across much of the area and will likely park planters on Wednesday.  Rainfall amounts of up to 4 inches are possible in some areas before Friday evening.

Northern and Central Wisconsin could get planters rolling this weekend, depending on  expected rainfall. 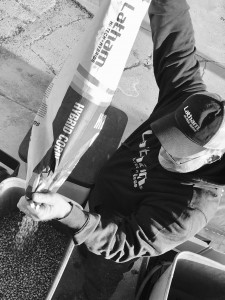 Warmer temperatures led to melting snow and resulted in 1.3 days suitable for fieldwork during the week ending April 29, 2018, according to USDA’s National Agricultural Statistics Service. Snow has melted in most fields with frost still working its way out of the ground. Farmers who were able to work their fields were busy with field preparation, spreading fertilizer, rock picking and planting.

Now that fields are drying, make sure you check whole field soil temperatures to make sure they’re warm enough to put seed in the ground. Planting is the most crucial time for production, so protect the investment you’ve made. 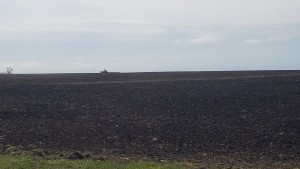 Farmers in my region late last week started fieldwork, spreading fertilizer and started seeding. A cold front worked its way through the Red River Valley, and dropped enough rain to shut us down for the day!  This picture was taken in Breckenridge, Minn., yesterday where one of our Latham® dealers was taking time for additional maintenance. 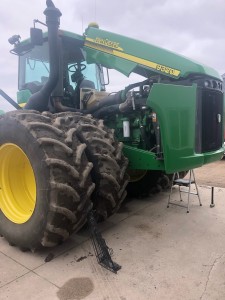 We’re finally getting some field work done. Much of Southeast South Dakota received more rain Monday night, but field work progressed in some areas. The forecast calls for good farming weather in the week to come, so I expect some corn will hit the dirt in the next few days. Please remember, however, it is only the 2nd of May. Plant when conditions are right. It’s not necessary to mud anything in this time of year. If the soil isn’t fit, you’ll see better yields by waiting a few more days to plant. 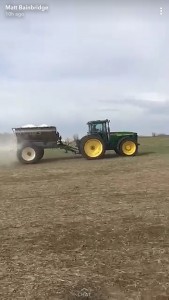 After a beautiful week of warmer weather, we’re another day closer to #plant18. Seed deliveries are in full force this week. Planters in Northeast North Dakota are still parked as 4-inch soil temps are only 44 degrees. Soils are starting to dry out, but low spots are still wet and muddy. Frost is starting to come out of the ground, so it’s becoming sponge-like. Growers along Highway 37 are doing some fieldwork.  It will most likely be next week before most start planting. We are about one or two weeks behind last year’s progress at this time, but that’s not a problem at this point in the season. 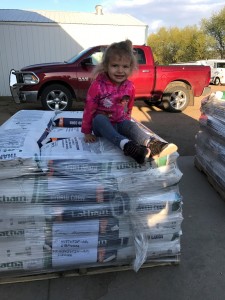 Planting into cold soils is never good, but we’re planting into cool soils because the forecast looks like temperatures will continue to rise. Protecting the seed is extremely important in this challenging spring. Products like Latham® SoyShield Select™ or SoyShield Plus have multiple fungicides for protection against those early pathogens that attack the young seedling and an insecticide to control the early root nibblers along with early season insect control. 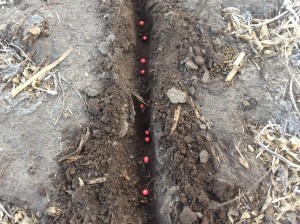 After what seemed like two weeks of constant 20-mph winds, our fields have dried out enough for most farmers to get started with spring tillage and crop seeding. I’ve two things as I’ve been driving across the state this week: (1) There is a lot of seed being moved on the roadways; and (2) I cannot remember ever seeing so many fires in the spring. There is a steady hue of smoke from Harvey to Devils Lake as grass fires that stretch for miles. I hear most counties have burn bans in place. From what I’m seeing, the rural fire departments are running steady.

Latham® dealers in North Dakota are doing an excellent job of getting seed in place. Alfalfa is going in the ground, and some people have started planting corn. It’s fast and furious for us this year!  Some dealers have expanded their business to better help their customer base. One such example is Heyerdahl Seed Farm where a new soybean bulk system, with high speed treater, was recently built. This will help Heyerdahl customers get the product they need without having to wait in line. It’s looking good! 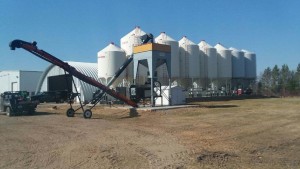