From the Field Crop Reports: Sept. 27

This field of Latham® L 2228 R2 in Chickasaw County is about ready to be combined.

Rain and Monday and Tuesday this week will halt harvest for a day or two. 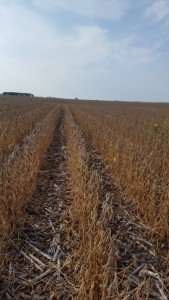 Soybean fields are starting to empty in Eastern Iowa. Early maturity soybeans are being harvested. Yields are good and moisture levels of the soybeans are dropping. Rain Monday night and Tuesday morning delayed combining, but we should be back in the field Wednesday afternoon. 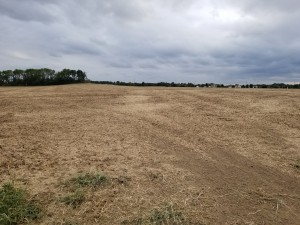 Arial view of the colors of fall with the soybeans turning and corn drying down and hitting full maturity. 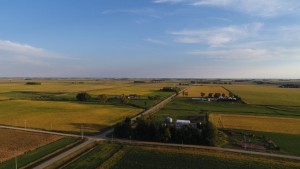 Central Iowa is the midst of soybean harvest. Yields between 56 and 72 bushels per acres are being reported across different areas. 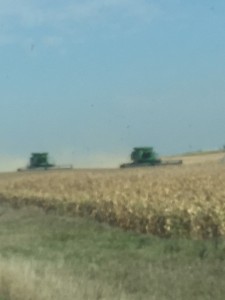 Look at the cluster of pods on these Latham 2186 Liberty Link soybeans! This field was affected by Dicamba tank contamination early on, but it doesn’t look like it will stop these soybeans from yielding! 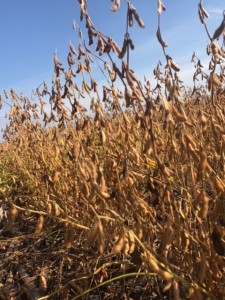 In fields this week I have seen ear rot in many fields in my area! This picture shows Diplodia which is a corn fungus. 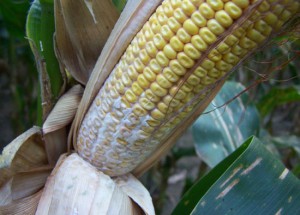 A heat wave during the past 10 days really helped move crops along. Soybeans harvest is just getting underway with moisture reports of 9 to 10 percent, which is drier than desired. Given all the moisture we’ve had this season, I didn’t think I would say this, but growers would welcome a nice shower or two.

This field of LH 5509 SS was in much need of some heat units to push it closer to maturity.  This ear, pulled Monday, is roughly 50% milk.  Luckily, there doesn’t appear to be a chance of frost until after October 14 in southern Wisconsin. 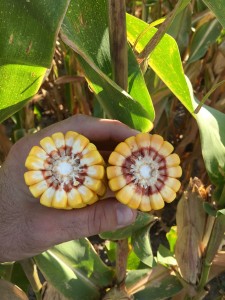 In spite of extremely dry weather during the summer, this field of Latham L 1086 LL soybeans still yielded more than 45 bushels/acre near Enderlin, ND. 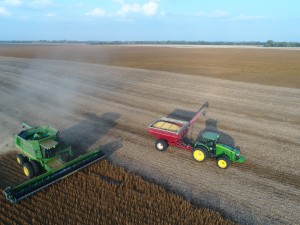 A few farmers started combining soybeans last week before the rain fell. Early reports had yields running in the teens and 20s in areas affected by drought. Variability is being noticed as yields have been anywhere from 18 bushels/acre to the 50+ bu/A. Widespread rain fell of 3 to 7 inches fell last weekend in eastern South Dakota. Watertown received 5 inches during the weekend and 10″ total for the past week. Harvest will be delayed until fields dry in many areas.

Latham hybrids have great yield potential and will grow corn. This field of 4242 VT2 PRO was planted at a population of 34,000. This particular plant is on the sprayer track and has put on two great ears.

We are knocking at the door of soybean harvest. After 3- and 4-inch rains across eastern South Dakota last weekend, we are simply waiting for the ground to dry. Next week I expect to see combines out in full force. 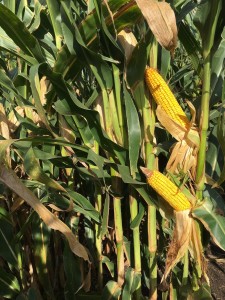 Last Tuesday night Latham® Seed Dealer, M&R Seed Farm, took another hit from Mother Nature! The National Weather Service positively Identified the damage from an F1 tornado one mile north of Beltrami, Minnesota. The Skaug family feels very fortunate that it missed their farmstead by a half mile. 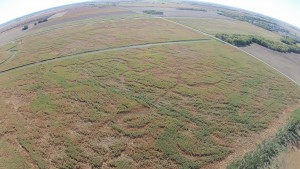 We’re waiting for soybeans to finish dropping leaves and for fields to dry. This field of Latham L 1858 R2 could be ready early next week after a few good drawing days. Farmers are eager to get rolling in southern Minnesota! 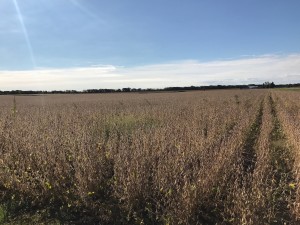