From the Field Crop Report for May 3 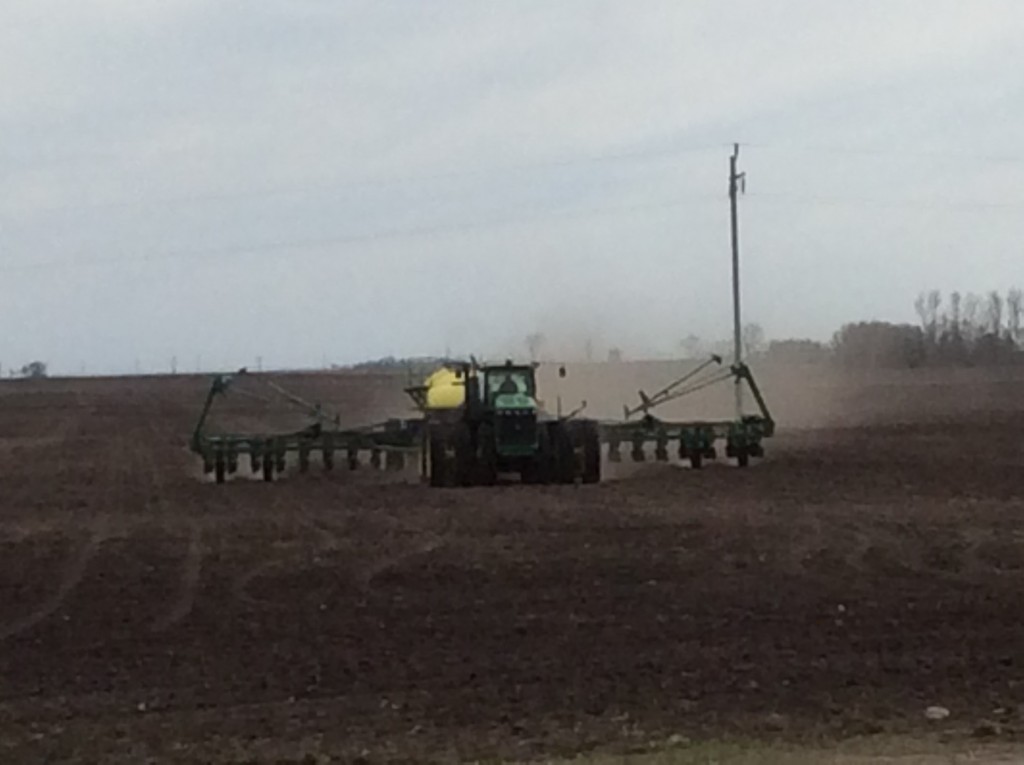 Temperatures averaged 9 to 12 degrees below normal across most of the state last week, and precipitation halted fieldwork. Planters are rolling strong now, especially from Valley City east into the Red River Valley of North Dakota. 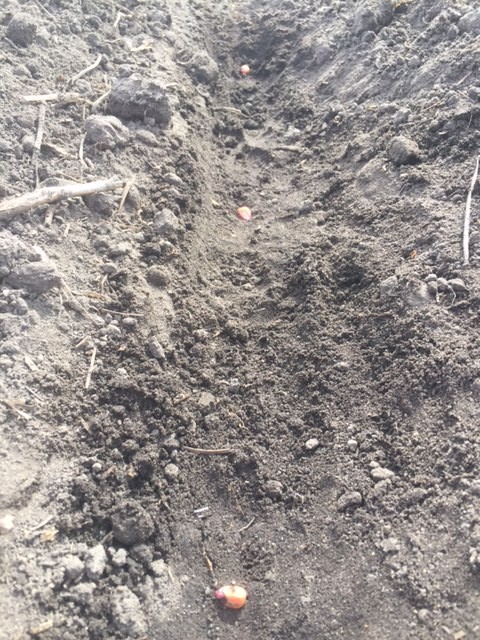 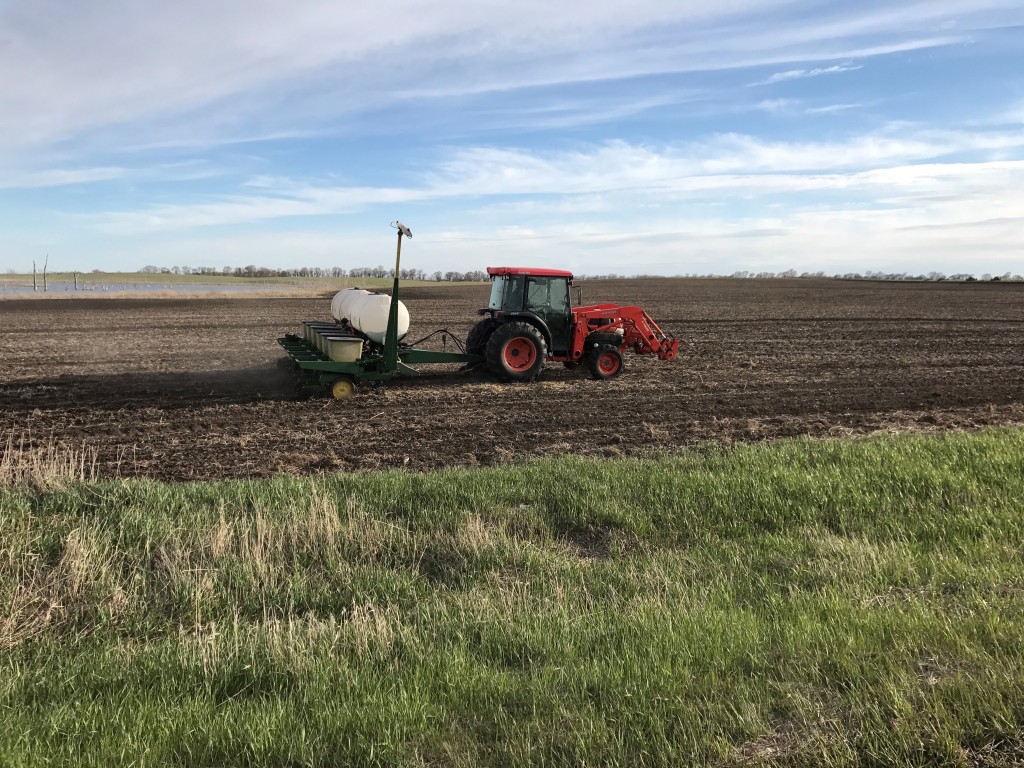 Planting is in full force. Most small grains are finished. Soil temps are finally warming again. Corn is being planted nearly everywhere in the northeast, except where high snowfall totals fell. Some places received 4 to 6 inches of snow last week with total moistures of nearly 2 inches. Where little moisture was received, soil conditions are ideal!

We have corn planters moving now that the weather has cleared! Approximately 5% of our corn acres have been planted as last week rain and snow fell across southeastern and East Central South Dakota. 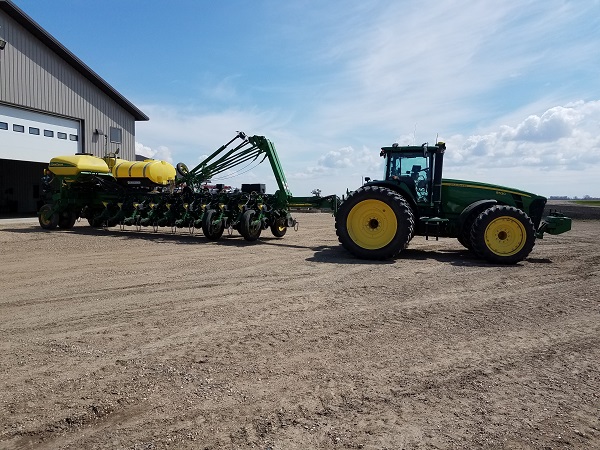 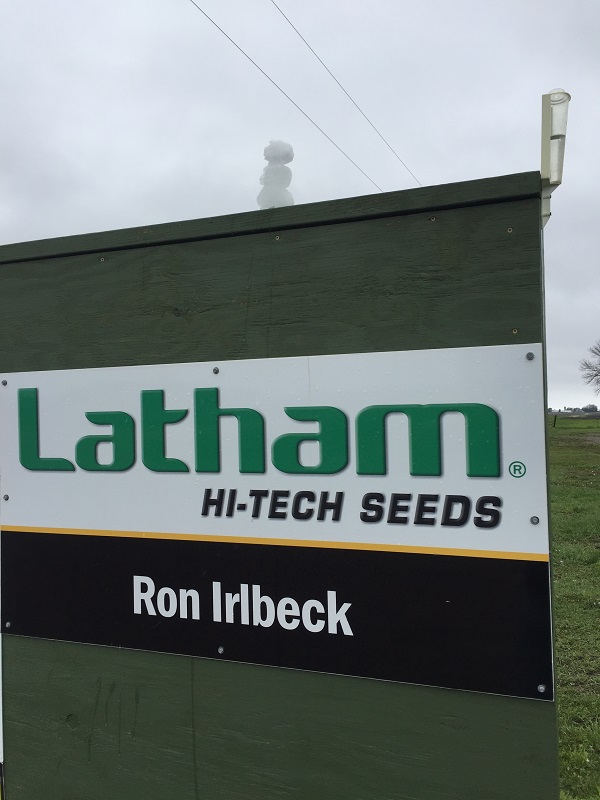 May Day brought with it 1 to 2 inches of rain throughout much of southern Minnesota. Snow fell in a few western parts of the state, including in Sanborn, where I made this little snowman for our Latham® dealers.

About 5% of the corn acres in Wisconsin have been planted.  This past week was not suitable for planting as most of the state received around 2” of rain during the past 7 days.  If the forecast holds true, we will see planters back in the field Friday at the earliest. 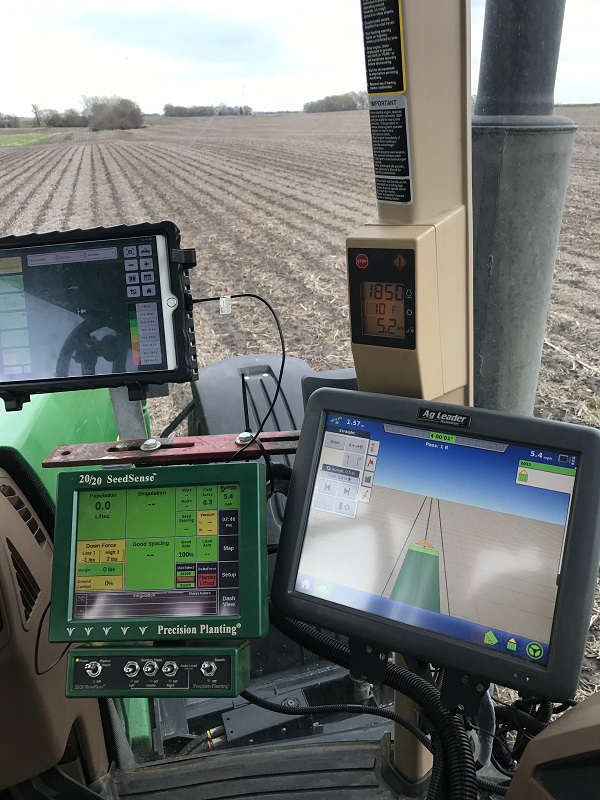 Technology has come a long way to help us achieve ultimate seed placement! This technology pairs well with Latham Hi-Tech Seed’s FieldXFieldTM program. I’m excited to be teaming up with Latham’s Technical Agronomist Phil Long on a multi-hybrid research project. 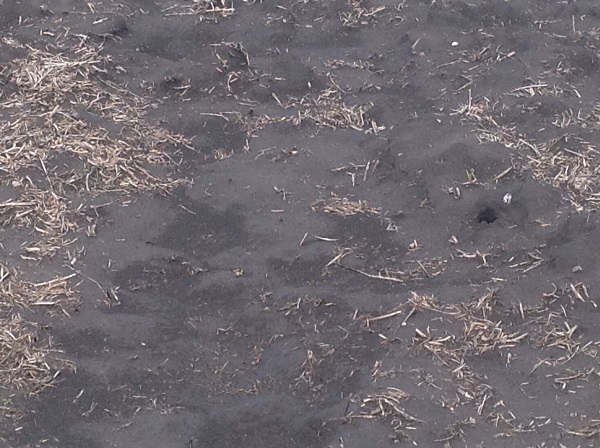 Our area received about 3/4″ of rain on Sunday and Monday. The temperature of these wet soils was only in the upper 30s this week, but the soils are warming now that the sun is shining for the second consecutive day.

With the wet and cold weather we had from last Thursday through Monday, soggy fields created planting delays. We could not plant, but there are always things that can be done on the farm. Several operators are hauling grain to market, and the Squires family finished restoring Kenny Squires 1466 over the weekend. Never a dull moment when you’re a farmer!

With the return of warmer weather, corn is starting to pop out of the ground near Rolfe in West Central Iowa. This field of LH 5095 VT2 PRO was planted April 11.

Seedlings have been slow to emerge due to so many days of wet, cold weather. This week I dug around in a field of Latham L2248 LibertyLink soybeans that were planted on April 22. Their sprouts are about a half-inch long, so I expect they’ll pop through soon given this week’s forecast.

This photo of the farmer planting was taken April 27, and approximately 24 hours later, snow was falling! Only in the Midwest can we get these types of weather patterns. Planting conditions weren’t ideal from April 24-28. 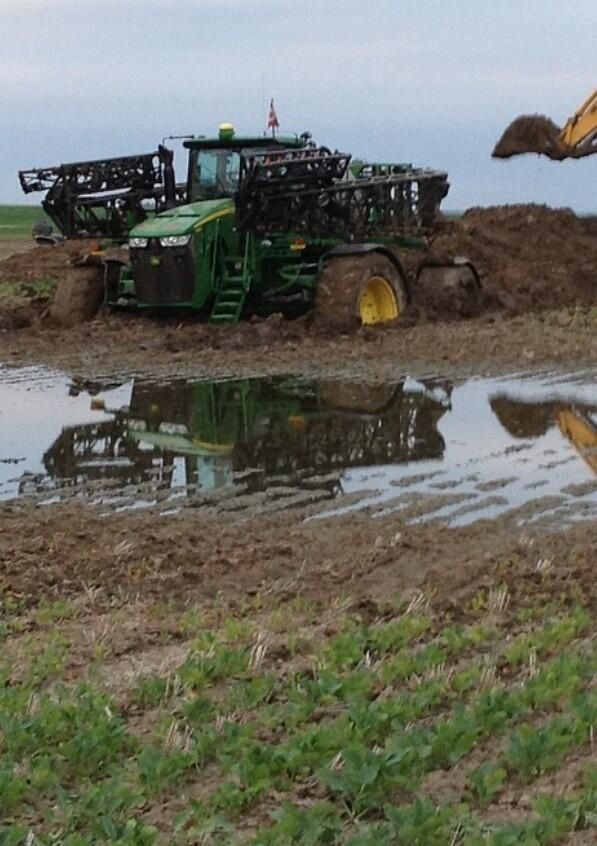 Rain and below normal temperatures prevented planting across much of my territory. This photo was taken after 1.75 inches of rain fell around Anthon in western Iowa.