“See for Yourself” How Checkoff Builds World-Wide Markets

Guest blog post by April Hemmes, Franklin County Iowa farmer who is also a board member for the Iowa Soybean Association and the United Soybean Board

The moment the sun rose over Ho Chi Minh City, my mind replayed the voice of Robin Williams as funny radio host Adrian Cronauer in the 1987 hit movie Good Morning Vietnam.  Ho Chi Minh City, population 8 million, is located in southern Vietnam by the delta. With so many people living on a land mass that’s slightly larger than New Mexico, you see scooters everywhere. This was my view every morning. 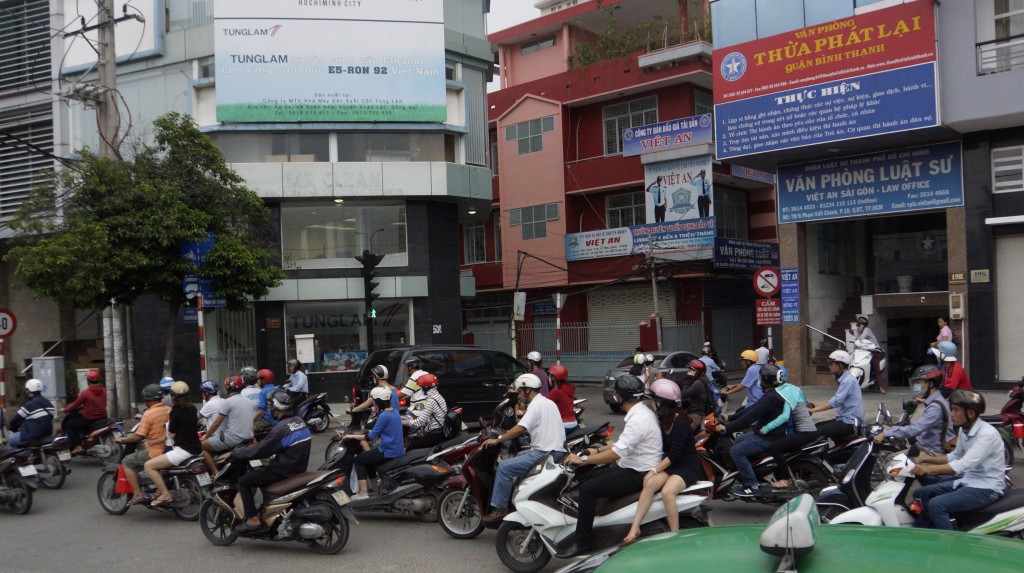 I had the pleasure of traveling July 30 through August 7, 2015, to Ho Chi Minh City with nine other soybean farmers from across the United States plus four United Soybean Board members. We were hosted in the regions we visited by U.S. Soybean. Through a global network of international offices, the U.S. Soybean Exports Council builds a preference for U.S. soybeans and soybean products. This group also advocates for the use of soy in feed, aquaculture and human consumption, as well as promotes the benefits of soy use through education. The number of aquaculture feed mills in Vietnam using U.S. soybean meal in aquaculture has risen dramatically in recent years, so our delegation was sent to provide more technical information about the superiority of U.S. Soy compared to soybeans of other origins.

Our first stop on this tour was a feed mill and malting plant, located along a deep channel of the river to allow shipments by boat. This particular malting plant is expanding due to an increase demand for beer in Vietnam. Vietnam ranks third for beer consumption in Asia, behind China and Singapore. The highlight for me was seeing Panamax ships, the mid-sized cargo ships that are capable of passing through the lock chambers of the Panama Canal, being unloaded. One was full of grain and the other was filled with containers. It’s very hard to explain how big one of these ships is, but it takes 4 days to unload it!  The containers can be filled with anything from cars to soybeans or electronics to raw goods for the textile industry.

We also had time to stop by a market. Markets play a crucial role in Vietnamese life as that’s where people find essential items from clothing and shoe to foods, drinks, spice and fruits. The range of produce grown in the area and available at market is amazing! Although it’s rare to find someone here who speaks a foreign language, we did enjoy our visit. 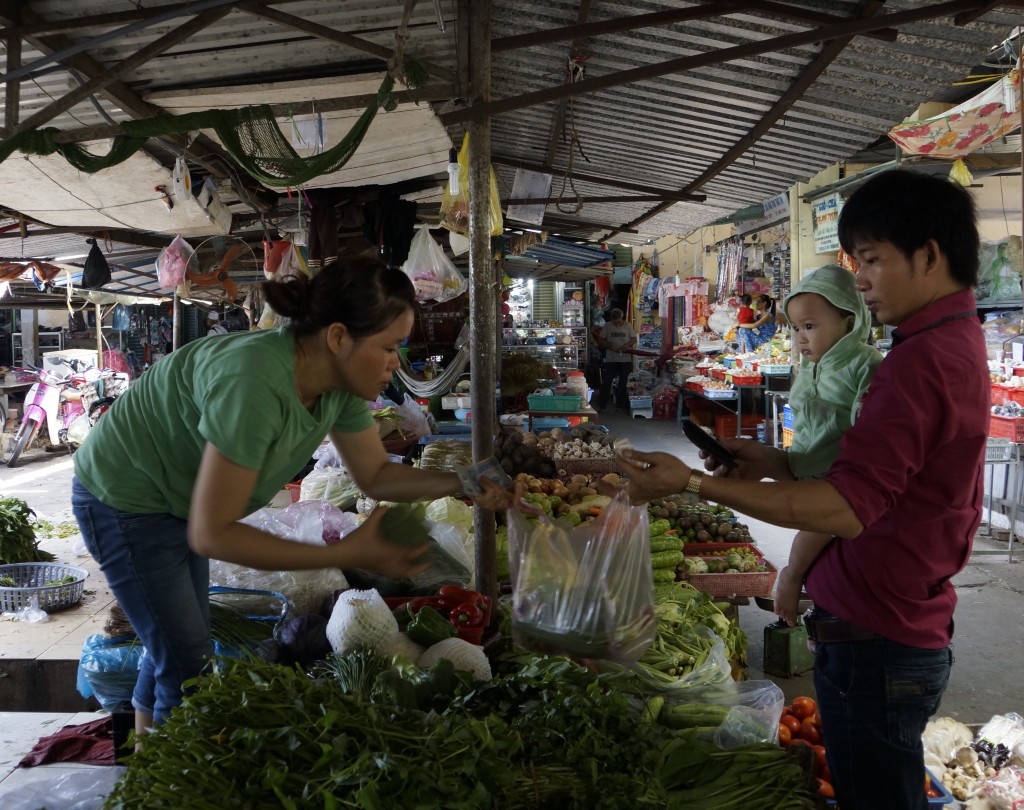 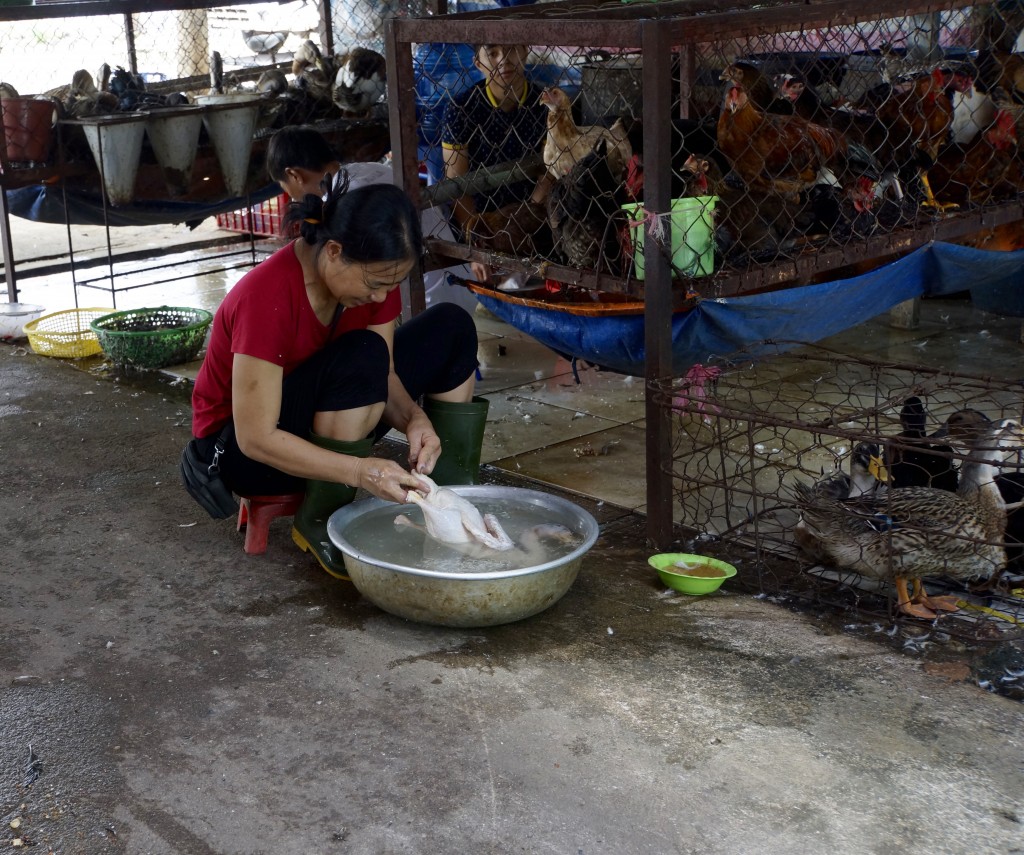 During our “See for Yourself” marketing mission, we watching many presentations and learned a lot of facts about Vietnam. One in particular that struck me is that well over half of the population is under the age of 25.  Amazing! Less than 20% of the population is over age 55, so they have no memory of the war here.

Honestly, I came home from this See for Yourself program feeling optimistic! There is much optimism in Vietnam. Although the economy has grown through agriculture and manufacturing, the average annual income is $2,000. Vietnamese can earn more by moving to the city and getting either a manufacturing job or service industry. Generally speaking, these people are happy and they believe life is only going to get better.

It’s hard to describe the sense of duty I feel because people around the world depend on the quality of the crops we produce in America. I highly recommend that farmers “See for Yourself” what the checkoff’s role is in developing and maintaining worldwide markets. Click here to apply for the 2016 See It Yourself Program by April, 1 2016.