Foodie Mommies NEED to Hear from You

As I write this, North Central Iowa is experiencing absolutely frigid conditions again! The sunshine is very deceiving. Once I step outside a warm building, the raw wind gives me an instant ice cream-headache. This winter’s unseasonably cold temps makes me believe in my hog barns more and more! 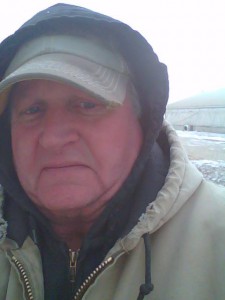 With a true temp of -9 F & wind chills nearing 30 below, this weather isn’t fit for man nor beast!

Not everyone believes hogs should be raised indoors. Misperceptions run rampant, especially on the Internet. That’s one reason I’m so gung ho about advocating.  Others don’t know what we’re experiencing unless we share it with them, so I post #felfies of myself while working outdoors and videos of my hogs all toasty warm in their barns.

People involved with agriculture must explain why we farm the way we do because just doing it right doesn’t cut it anymore. If we’re not careful, farmers will be legislated into farming the way a small minority of well-fed people think it should be done.

“We’re allowing 5% of consumers who are very vocal to appear to represent the majority,” radio personality Trent Loos said last week during a presentation at the Iowa Pork Congress. “Very clearly, there are people who have questions. And we should be as transparent as possible…  But we need to lead and drive that discussion.”

Trent did a great job firing up the crowd, encouraging pork producers to speak out and get involved. So, the next day I expected to see a nice crowd of farmers wanting to learn how to communicate with consumers. But I was greatly disappointed! More than 200 people listened to Trent; fewer than 10 listened to the social media class.

Ag folks want to listen to Trent, but Trent cannot tell consumers about their operations! Each farmer, each rancher must share how he or she farms and why. The non-farming grocery shopper wants to hear from a farmer who raises their food. The foodie mommy wants and needs to hear from unpaid #agvocates!

Operation Main Street (OMS) a National Pork Board Speaker Corps, formed in 2005 because there was a need for farmers to truthfully talk with consumers about how and why we have made changes to our farms.  The OMS program even started to address college classes and groups of dietitians and county commissioners.  I’ve been active in OMS for about 8 years, but last week was the first time I was asked to be one of the teachers for a culinary class. Besides sharing tips for cooking pork, I’ll talk about how many people live on our planet.

Did you know 50 percent of the world’s 7 billion try to survive on $2 a day? Three and a half billion people live on $730 per year… and that humbles me greatly!

Unfortunately, this week’s Operation Main Street training session was postponed due to inclement weather. I will look forward to presenting these stats and sharing my passion for advocating on the next go round.

Weather is certainly creating hardships from the Polar Vortex extending across the Midwest to the drought in California.  Farmers and ranchers depend on the weather to make a living raising the food that we all take for granted. 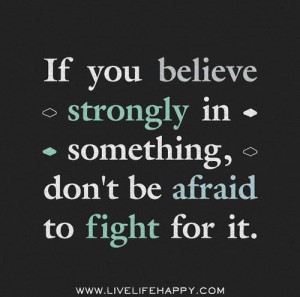 Food is so readily available and relatively cheap that many people really do take it for granted. But 3.5 billion people worldwide do not have that luxury! More than 49 million Americans, including kids and adults, are food insecure. It’s so important that food plentiful and affordable for everyone!  But, regulations only increase food costs.

We must look for regulations hiding in new legislation – not just the Farm Bill – that force costly restrictions on food and fiber producers. Talk to your elected officials about the bills they will vote on! New legislation must be read and understood. Amendments must be read and understood. Our government has become so burdensome and restrictive, that even the courts are legislating. And the back door presidential legislating by executive order seems to be unrestricted!

Farmers are passionate about what we do, but we must take that passion beyond the “choir!”  Grocery shoppers, including foodie mommies, want to hear from a farmer. Consumers are increasing interested in how their food is grown, according to survey results released earlier this month.

It’s time for more farmers to jump in and advocate! I know how intimidating social media seems at first, but I promise there are resources there to guide you along the way. I’ve learned that the hardest part is taking the first step.  I’ve found that the more active I’ve become, the more interest I attract from media and legislators who are interested in hearing a “real farmer’s” point of view.  Think one person can’t make a difference?  Think again.  YOU can make a lasting impact…  Agriculture needs YOU!