Going organic is a trend that’s here to stay. A reported $63 billion worldwide industry – it seems that organics won’t be leaving the food conversation anytime soon. And, that’s something we should all celebrate. After all, we all want choice, right? Organic fruits and veggies, just like conventional produce, are dense with nutrients, low in calories and contain antioxidants that help promote health. So what about claims that consumers need to buy some types of fruits and vegetables only if they are organic? These recommendations exist, but what if you can’t afford to go organic? Is it a detriment to your health to eat fruits and vegetables grown conventionally? What about the fact that the Environmental Working Group – the organization that publishes the ‘Dirty Dozen’ – says, “eating conventionally-grown produce is far better than not eating fruits and vegetables at all?” 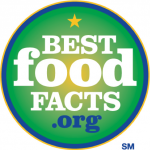 At BestFoodFacts.org, we celebrate consumer choice and work to provide our readers with facts, directly from unbiased experts, so that you can consider all the angles before making the food choices that are best for yourself and your family. To that end, we consulted a few university-based experts to get answers to some of the most popular questions related to organic and conventional foods.

Is there a nutritional difference between organically and conventionally grown foods?

Dr. Ruth MacDonald, professor and chair of the Department of Food Science and Human Nutrition at Iowa State University:

“From a nutritional perspective, no. There is very little evidence that organic and conventionally (“non-organic”) grown foods vary significantly. Both are excellent sources of many nutrients and bioactive compounds. Some studies have shown differences in some compounds when grown using these techniques, but in general, the differences are minor and will not have a significant impact on overall nutrient intake.

Read the rest of what Dr. MacDonald had to say.

Is conventional produce loaded with pesticides?

Dr. Carl Winter, food toxicologist from the University of California at Davis:

“We have a saying in toxicology: It’s the dose that makes the poison. It’s the amount of the chemical, rather than the presence or absence, that determines the potential for harm. In the case of pesticide residues on food, we can detect them, but generally at very tiny levels. I think consumers are concerned because they’re aware that these chemicals, which have potential toxic effects, show up on foods. However, the levels at which we detect these pesticides are so low consumers have nothing to worry about.

“As for pesticide use, organic food is not guaranteed to be free of pesticides. Organic food production allows the use of several EPA registered pesticides, mostly being of natural origin. Although studies claim you are much less likely to find pesticide residue in organic foods, some surveys found nearly 30% of the organic samples tested had some detectable level of pesticides.

“Fortunately, consumers in the U.S. frequently have the choice between purchasing organic and conventional foods and make food purchasing decisions that reflect their values, concerns, and lifestyles. For optimal health, consumers should continue to eat a balanced diet that includes significant amounts of fruits, vegetables, and grains, regardless if such foods are produced by organic or by conventional practices.”

Is organic food overall better for your health?

Dr. Francisco Diez, associate professor of food safety microbiology in the Department of Food Science and Nutrition at the University of Minnesota:

“For the average American consumer, the term “organic” has a very positive connotation and very often, the beneficial properties of organic foods are misinterpreted and even exaggerated. These consumer beliefs are frequently fueled by the popular press, and more recently by many Internet sites.

“The term ‘healthful’ is a relatively broad and ambiguous concept and its use by consumers may be founded on a variety of motives. The most frequent reason why organic foods are referred as healthful, is because of the reduced use of synthetic ingredients for their production and processing. Organic foods are also regarded as better for health because of the belief that they are more nutritious and contain more health-promoting substances as a result of being produced under more natural conditions.

“In light of the complexity of the food production system, blank statements such as “organic foods are more healthful than non-organic” are oversimplifications that are often sustained by a  lack of knowledge or evidence. Depending on the specific property of a given organic food, this may or may not be considered as health promoting. Consumers are encouraged to critically evaluate the information in the popular press and attempt to obtain an opposing view, including preferably at least a scientific source. We live in an age in which the information on any issue is within our reach – just “a click away.”

At the end of the day, nothing is more important than making the choice we feel is best for our families – especially when that choice is something we’re putting into our bodies. We celebrate the broad range of choices that our food system provides, and hope consumers will make facts one of the factors they consider when they visit the grocery store, the farmers’ market, the local CSA, their own garden or wherever they get their food. To learn more about food, or to submit your question to a food expert, visit www.BestFoodFacts.org.