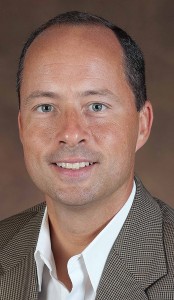 I have fond memories of growing up on the farm near West Bend, Iowa (Palo Alto County). Strangely, perhaps, most are work related: walking beans, picking up rocks, detasseling, sorting hogs for market and spending warm (make that “hot”) summer afternoons baling hay and straw.

Truth be told, the work was indeed hard. But it wasn’t unbearable. Keeping busy generates results and few things are more satisfying than accomplishment.

That lesson, forged with sweat and accompanied by dirt under the nails, has clung.

So, too, has my appetite for local food.

Like the Casey’s pizza our family enjoys every Saturday night. Or the Hellmann’s mayonnaise that tops our sandwiches. Or the steak from Fareway, pork loin purchased at the West Des Moines Costco or Cold Cut Combo served by Subway®.

Sure, most people equate “local” with a trip to the farmers’ market or the apple plucked from the backyard tree. But “local” is so much more, especially if you live in Iowa, as much of the food and food ingredients we enjoy are sourced from farms next door or just down the road.

Take the jar of Hellmann’s. You’ll find one in nearly 40 million homes. The primary ingredient (by far) in this $1 billion brand for Unilever is soybean oil. Almost all of these soybeans are grown by farmers located within a 60-mile radius of Des Moines. In addition, most of the eggs used to make Hellmann’s (ingredient no. 3 on the label) are sourced from Iowa egg farms. Just two more reasons why Iowa is among the nation’s leader in the production of soybeans and eggs.

The Hawkeye State also ranks first in pork production. While consumers worldwide have become very fond of this lean, white meat, ample servings of chops, bacon and loins are baked, grilled, fried and savored close to home. In fact, the odds are in your favor that the pork you buy at Costco and Fareway or enjoyed at your neighborhood Applebees was sourced from an Iowa farm owned and managed by an Iowa farm family who shares your passion for wholesome food, a quality environment and community vitality.

Casey’s is “famous for pizza” and the numbers prove it. Casey’s Homemade Pizza to Go, introduced in 1985, bakes and serves nearly 15 million pizzas annually. It’s the nation’s 6th largest pizza chain and uses almost 12 million pounds of cheese annually. Casey’s also tops its pizzas with a whole lot of sausage, ham, beef and pepperoni – tasty meats prepared by a company in Ames.

The list goes on. My family is on the go and hardly a week goes by that Subway isn’t on the menu. It’s good, fast and yes, local. West Liberty Foods in West Liberty, Iowa, is the supplier of fresh turkey to Subway. Enjoy a Cold Cut Combo and you’re enjoying delicious turkey sourced from an Iowa farm.

Yes, local food is popular these days. In a survey of 500 Iowans conducted this fall on behalf of the Iowa Food & Family Project (www.iowafoodandfamily.com), participants overwhelmingly agreed that “local” food is “better” food.

As Iowans, we don’t have to go far to find it.

Putze serves as director of communications for the Iowa Soybean Association (ISA). He also coordinates the Iowa Food & Family Project, an initiative launched in 2011 by the ISA that better acquaints Iowans with farmers and how the food they enjoy is grown, prepared and served. He can be contacted at aputze@iasoybeans.com.