Rachel grew up near Madison, Wisconsin, on a dairy and grain crop farm.  Her passion for agriculture took her to the University of Wisconsin-River Falls where she earned a Bachelor’s of Science degree in Crop and Soil Science and also a master’s from Iowa State University in Weed Science.  Prior to joining Hagie Manufacturing, Rachel worked as an agronomist for North Central Cooperative in Clarion and made recommendations for crop protection and fertilization decisions.  As the agronomist for Hagie, Rachel works with employees and customers to help them gain a better understanding of the role the machinery plays in agronomy. 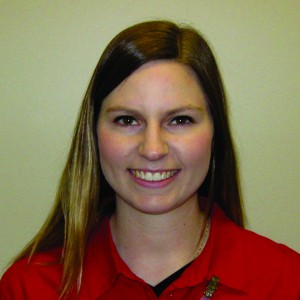 One of the biggest concerns of 2013, aside from actually getting the crop in the ground, is the fate of nitrogen that has already been applied.  Heavy, excessive rainfall events throughout this season have brought up many questions: Is the nitrogen still there?  How much is lost?  Does more need to be applied?  How much more should be applied?  All these are legitimate worries with answers that are hard to quantify due to variations in environmental and field conditions.  Many university extension departments have information that estimate losses and can help answer the above questions.

But how is nitrogen lost in spring and summer?

Denitrification and leaching are two major pathways of nitrate nitrogen loss at this point in the season.  Denitrification occurs when bacteria in the soil convert nitrate into either N2 or N2O gas, and it is subsequently is released into the atmosphere.  This process is typically a cause for concern in soils that tend to remain saturated- not usually coarse soil textures.  Leaching, however, can be more of an issue in coarse soils that don’t hold as much water as medium and fine textured soils.  Put simply, nitrate leaching occurs when the total amount of precipitation received exceeds the amount of moisture the particular soil can hold per inch.

So how does one protect against in-season nitrate loss?

Timing, timing, timing!  Nitrogen applied close to the time when the crop will use it is less at risk for loss.  Fall applied nitrogen is subject to a range of environmental conditions and is expected to still be available to the plant nine months later if no additional applications are made.  Those that split apply can, in some cases, apply less nitrogen because no “extra” has to be factored in for what nitrogen might be lost.

Traditionally, side-dressed nitrogen happens earlier in the corn plant’s lifecycle, but estimates are that 40% of the nitrogen a corn plant will use is taken up after tassel.  At Hagie, we have found a solution to provide a wider application window with our Nitrogen Toolbar attachment.  With 72” of clearance, our NTB can place nitrogen in tall corn just as the plant needs it for maximum yield potential!