See “Behind the Scenes” Operations of a Hog Farm

Today I’ve decided to let my pictures “do the talking.”  I’ve included a series of photos that show the “day-to-day” work of modern day hog production from disinfecting buildings to treating sick animals.  As always, feel free to contact me if you have any questions.

Before a new group of hogs arrives, we power wash our buildings to disinfect them.  Cleanliness is a primary way to prevent disease and to help reduce the amount of medication needed to treat sick animals. 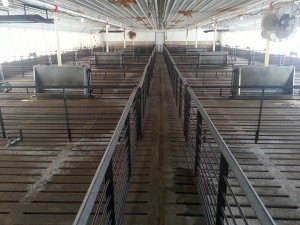 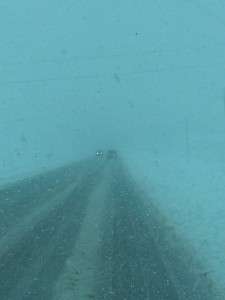 With an indoor temperature of 75 degrees, our pigs are warm and toasty on May 3.  They aren’t even aware of the record-breaking snowfall outside the building. 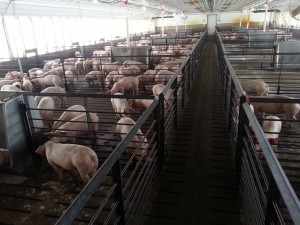 “Who let the hogs out?” My granddaughter Carlie is sporting her pink camo as she counts the number of pigs into each pen. 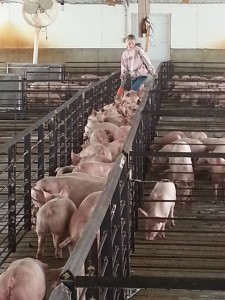 Inside one of the “hospital pens,” Carlie and Darin are enticing sick pigs to eat their feed. 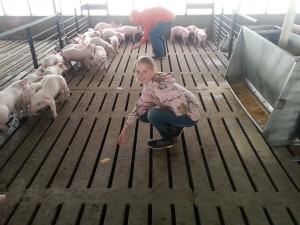 Darin is climbing over the gates, getting out of the way so as not to scare the next group of pigs coming into the building. 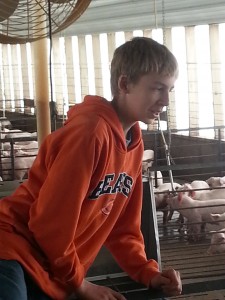 Darin shows the pigs where to find water. 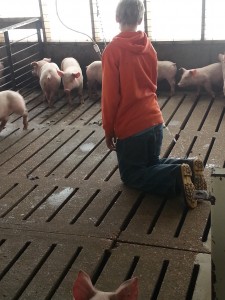 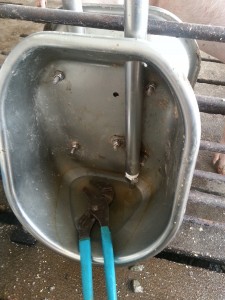 While I was adding the new nipple, the pigs were trying to “help” by carrying around spare parts. 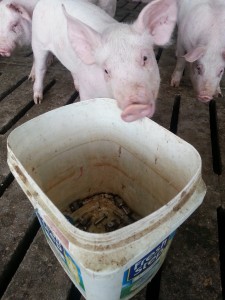 Other curious pigs were trying to chomp on my toes as I worked on the nipple. 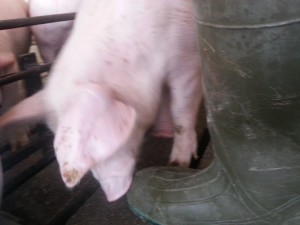 This feeder must be adjusted so that about 30% of the bottom is covered with feed.  That’s the “optimal setting” that provides the pigs with plenty to eat without them wasting any.  Otherwise, excess feed falls into the waste pit – and that’s a waste of good feed! 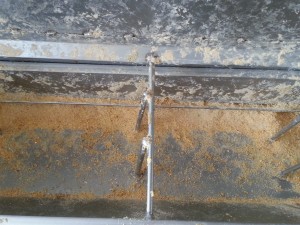 Veterinarians have developed guidelines for properly using and administering medication when needed.  We use a can of paint to identify which pigs have already received medicine.

The blue bottle in the center, which hangs upside down next to my waist, is the medicine. The green handle is what I use to administer the shots; the next dose is already in the syringe.  The long tube is the exact amount of medication and will automatically refill after each shot.  Since I gave about 2,000 shots on Saturday, this tool is a huge time saver! 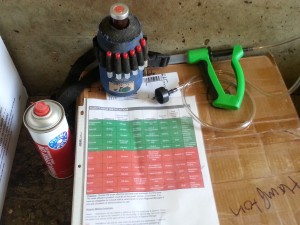 After the pigs are unloaded from the livestock trailer into our building, Carlie and Darin decided celebrate by going outside and having a snowball fight. 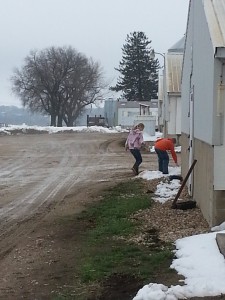