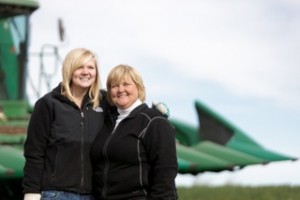 As farms become larger, the need becomes greater for production agriculture to be managed like a business.  Technical expertise becomes as critical – if not more so – so than physical strength when it comes to running an agricultural enterprise.

“What separates top farms is timing,” says Danny Klinefelter, Texas A&M economist and director of The Executive Program for Agricultural Producers (TEPAP).  “Those most successful farm businesses are those with the best timing: when they entered the business, when and how they expanded, if and when to scale back, where to reallocate resources and how much grain to sell and when.”

The business side of agriculture requires ongoing attention, and that’s why Klinefelter says more women are managing farms today than ever before.  He’s seeing more couples, especially young couples, view their farming operations as a partnership.

Today’s husband-wife or father-daughter farming partnerships look different than they did just one or two generations ago as women’s roles in agriculture have evolved.  Based on observations through TEPAP, Klinefelter says women today are likely to fill these key roles within the family’s farming operation: