Avocation Makes Every Season One to Treasure 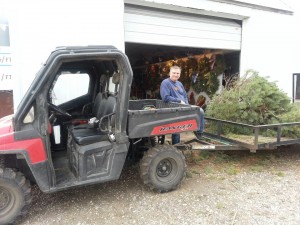 “I love to farm. I love to sing. I love to play the pipe organ. I’ve combined all of these things into life, so there’s always a season to enjoy,” he says with a smile.

Playing organ has been 47-year commitment for this Boone County native. Dennis has served as a church organist from the time he was 16 years old. He played in Ogden for 36 years and has been playing in Perry for the past 12 years. Through the years, he’s played for almost 4,000 funerals and 1,500 weddings.

Dennis actively served as church organist even while attending Iowa State University. He drove home from Ames on Wednesday nights for choir practice and then again on Sunday to play for the church service. He also pursued his love of singing with voice training that led to a spot in the Iowa All-State Chorus through the high school vocal music department.

Not only has Dennis been committed to music, but he was committed to farming and to earning his degree. He helped his father on the farm from planting through harvest, which left only the winter quarter open to attend college classes. As a result, it took seven years for Dennis to earn his Bachelors of Science degree in Farm Operations but he did it!

“You can always make time to pursue your dreams and your passions,” says Dennis, who met his wife, Linda, when she was traveling as a contemporary Christian singer and performed in his community. Linda’s parents were caretakers for the Assembly of God campgrounds, just outside Ogden, for 25 years.

After they were married, both Dennis and Linda helped cook on weekends for 50 to 500 guests. A quaint, gingerbread-esque cottage that used to be housed on the campgrounds has a place today on the Morgan’s farm. Linda used to teach piano lessons there, but she now works as a contractor for various organizations.

In addition to serving his community, Dennis served his country. He retired in 2009 with 20 years of service in the Iowa National Guard. Today his son, Paul, and daughter-in-law Heather continue to serve. Paul also farms with Dennis, and he and Heather are the proud parents of daughter Mia. 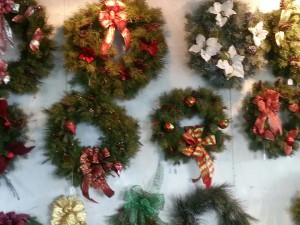 The Morgan’s oldest son, Luke, and their daughter, Anna, both help make wreaths during the Christmas season. Anna is married to Matt Haub and they have three sons: Carter, Gabriel, and Christian. Newlywed Luke and his wife, Tiffany, live in Boone. They’re expecting a child in June and have a son, Ben.

In the midst of raising their family and following their varied career paths, Dennis and Linda managed to plant Christmas trees. Their first trees were planted in 1985.

Tending a Christmas tree farm takes lots of time and energy. It takes five to six years for a tree to reach 5 to 6 feet in height. Seedlings are planted March and April. Trees are trimmed in June and July before new growth hardens; then tree farms are open for tagging and sales in early winter. The Morgan Tree Farm is open daily from Black Friday through Christmas Eve, from daylight to dark.

Wreaths were added to the Morgans’ product lineup in 1995 and have gained in popularity each year. Dennis says they like to have 30 to 40 wreaths available when the tree farm opens from the season, so making and decorating wreaths has become a Thanksgiving Day tradition for family members who come to their farm for a turkey dinner.

The opportunity to watch other families enjoy their own traditions has been a high point of his Christmas tree farm, says Dennis. Many of the same families come to his farm, year after year. 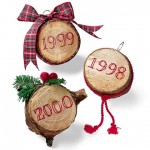 “It’s fun to watch the kids grow. Some people started coming when they were 2 or 3 years old and now bring their children to the farm. Some parents, who brought their young children with them to pick out fresh trees, are now bringing their grandchildren to the farm. I really enjoy seeing families take their annual photos in ‘the spot’ or hear about their traditions like making ornaments by cutting off the bottom of the trunk and burning in the year.”

One Christmas tradition the Morgan’s enjoy is making suet pudding. Dennis says the tradition began when he was a child. He “learned all the tricks of the trade” from his grandmothers, one of whom was German and the other who was Swedish.

“My grandmothers were naturalists before there was a name for it,” says Dennis. “They made the most of their natural resources by canning and cooking from scratch. All I wanted when they passed away was their recipe boxes, and I got them!”

Straight from one of those recipe boxes, today Dennis is sharing a time-tested recipe for Christmas Suet Pudding. He’s also sharing a recipe for Sloppy Joes that Santa himself taste-tested last weekend when he visited the Morgan Tree Farm to take photos with children and families.

Sara Mohr was the photographer and she put us in touch with the Santa.  Santa had the most authentic looking reindeer.  When I looked out the reindeer, I would’ve sworn they were real!

COOK’S TIP:   Don’t chintz on the ingredients!  This recipe is delicious just as it’s written.  Last Saturday Santa Clause visited our tree farm to take photos with families, so we treated him to these maid-rites for lunch.  He said, “What would it take to get this recipe?”  We sent him home with a copy of it to share with Mrs. C.