In Pursuit of Fair & Balanced Communications, Part I

So much has happened this past week that I had more than enough material for today’s blog!  All of my experiences this week reiterated the need for fair and balanced communications.  I’ll begin by addressing an internal memo that surfaced within the U.S. Department of Agriculture in support of Meatless Mondays.

Although the USDA was quick to retract this memo after coming under heavy fire by the National Cattlemen’s Beef Association, its message will have a long-lasting impact.  Most environmentalists hail it as a victory.  Meanwhile, most farmers feel they’ve been blind-sided. 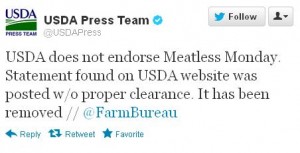 The USDA memo in support of “Meatless Monday” outraged many farmers and ranchers, who had thought of this governmental agency as a cheerleader for agriculture.  Perhaps that was the case when the Farm Bill was actually a Farm Bill.  When a person stops to consider that 80% of the USDA’s budget is now allocated toward welfare-type programs, it’s plain to see how different the USDA’s agenda is from mine – and from most farmers and ranchers.

What happened to the USDA’s position as an advocate for American agriculture?  Iowa Senator Chuck Grassley posed this question this week as he feasted on barbecued beef brisket, ribs and sausage.  During a Meat Monday celebration, Texas Senator John Cornyn added that “cattle ranchers and farmers deserve an administration who works with them, not one who undermines them.”  I’d like to second that!  Plus, I’d like to add that all U.S. livestock producers (including pork producers) deserve an administration that works with them. 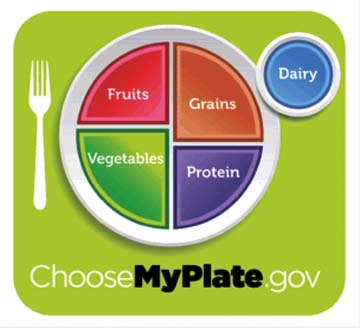 Putting all politics aside, it’s ironic the USDA would advocate for anything but a balanced diet.  Just about one year ago, the USDA announced it was replacing the Food Pyramid with the Food Plate to help people understand what they should eat each day.  The first part of the Food Plate campaign was to encourage Americans to make half their plate – not all of the plate – fruit and vegetables. Later in the campaign, the USDA was to encourage Americans to avoid oversize portions and replace sugary drinks with water.

It makes me wonder if the new Food Plate was really an underhanded way of advocating less meat consumption overall.  As I learned this week from a Huffington Post “panel discussion,” everything is not as it first appears to be.  Next Tuesday, I’ll share that experience with you in Part II of my blog about my quest for “Fair & Balanced Communications.”