See First-Hand How Corn Has Evolved

As a summer intern at Latham Hi-Tech Seeds , one of my main projects is caring for the company’s Genetic Garden.  This isn’t your typical vegetable garden!  This garden will tell the story of how corn has evolved over time. 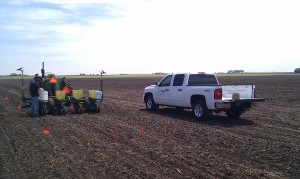 Forage Products Manager Corey Catt and I on May 18 planted more than 45 different types of corn.  Our “living timeline” features the earliest ancestor of corn, teosinte, to the industry’s latest technology in LH 5494 3000GT.

The story of corn’s development starts with corn’s wild ancestor teosinte, but it doesn’t resemble corn as we know it. 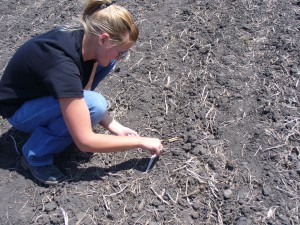 Hand planting was required due to the small, delicate seed of teosinte

Ancestors of our modern day corn include: 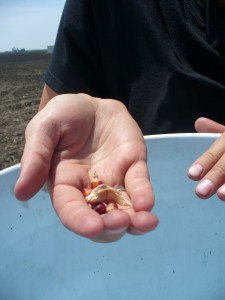 Look for updates on the Genetic Garden on TheFieldPosition.com.  We’d also like to invite you to see it for yourself!  Take a walk through our “living museum of corn” on Saturday, Aug. 25, during the Latham Country Fair.