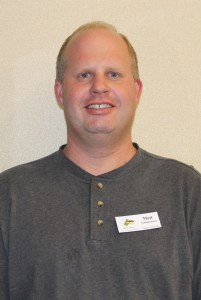 If you want to talk about keys to revitalizing rural America, you need look no further than Sioux County, Iowa. Matt Schuiteman is a third-generation farmer who was born and raised in Sioux County, and serves as a strong advocate for growers with frequent trips to the capital. He also serves as a member of the 2012 Ag-Urban Initiative class, dedicated to connecting ag and urban populations for positive outcomes.

A Des Moines Register article in a three-part feature on Sioux County recently said, “If manure smells like money – and in February 2012 the commodity markets say it does – than Sioux County is the wealthiest place in the state.” In a tumultuous economy, the county I’ve spent my life in has indeed managed to not only remain status quo, but grow our population at a rate that is 63 percent higher than the rest of the state.

There are many reasons – and people – who have positively affected that growth, but at the core is our activity and support in the agriculture industry.

Livestock farming is northwest Iowa’s #1 asset. Our livestock enterprises are built on consistent, annual production from fertile soils, and have required us to import corn for more than 30 years. Our community members have a strong understanding of what it means to add value to agricultural products; they understand that for every $1 our gross revenue from livestock earns, it turns over 7 times in our local community ($1 of dairy made into ice cream turns over 10 times!). Our integrated, diversified agriculture fuels the economy, and is why we were listed one of Progressive Farmer Magazine’s top 10 agriculture counties in the U.S.

Sioux County encourages local ownership of the county’s infrastructure and resources; that’s what keeps dollars circulating on Main Street. This spirit has allowed many farmers to continue or begin farming who otherwise may not have had the opportunity. Local ownership is encouraged; all four banks in Sioux Center are locally owned, and have funded numerous entrepreneurial enterprises using local investments. In the past five years alone, Sioux County has added The Ridge Golf Course and Residential Development – 400 acres for an 18-hole golf course and residential lots, a new Orange City Area Health System hospital, a Sioux Center Community Hospital, Rock Valley, Sioux Center, Trinity Christian and MOC/FV schools have all added capacity, and a local dairy farmer built a cheese production plant in Hull. The spirit to support targeted risk with local dollars is proving successful, and has provided a strong foundation for continued growth in our community.

I also believe, at the heart of it, Iowans are Iowans. We work hard, we believe in supporting our neighbors, we have innovative ideas and the experience to bring ideas to fruition. Sioux County isn’t a vacuum, each Iowa county has its own strengths, and with the right dedication and support from community members, has the potential to grow in challenging times.