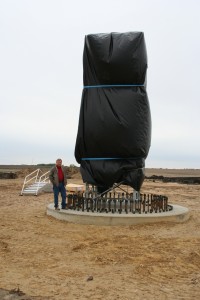 During last week’s Ag Day celebration, many Iowans were touting ag facts like our great state ranks first in the production of corn and soybeans.  It’s a lesser known fact, however, that Iowa is a leading producer of wind energy.

Seventy-five percent of Iowa is suitable for wind energy production.  However, average annual wind speeds and the amount of energy potential vary greatly across the state.  The same wind turbine at a high wind site will produce over three times the amount of electricity as a low wind site, according to the Iowa Wind Energy Center.  Even differences of a fraction of a mile per hour in wind speed can make a significant difference in the economic viability of a turbine.

As someone who lives in the middle of the Whispering Willow Wind Farm – East, I know the turbines here run 90 percent of the time. It’s amazing!  Each of the 121 windmills within this farm has the ability to produce 1.65 mega watts of electricity, collectively producing enough energy to power 50,000 homes. The capacity to power even more homes will soon grow as Alliant Energy plans to put up 50 more turbines here this year.

These turbines look impressive from the road, but they’re especially imposing when you stand next to them.  From the videos and photographs that I’ve posted online, you can get an idea of their scale and the scope of this project. 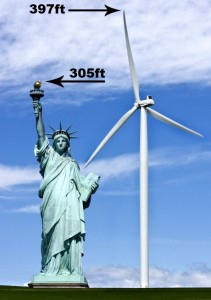 To provide even more examples of scale and scope, here are few “fun facts” that I’ve learned about windmills:

Not only do windmills stand tall in Iowa, but they stand to make a large impact on the total amount of energy – renewable energy – that can be produced as demands increase.  As I wrote in last week’s blog, we need to provide energy choices.  Power must be generated in many different ways to have enough to meet our growing energy needs.

Just like we need many different ways to raise enough food for everyone in the world, we also need many ways to generate enough energy.  I wish all the best to Alliant Energy as it develops its next phase of windmills in North Central Iowa.  I also encourage more of America’s farmers to look into the viability of installing wind turbines on their farms.