Sometimes, the best opportunities present themselves at just the right time. That was true for Kody Trampel, who joined the Latham Hi-Tech Seeds team earlier this fall after working as an agronomist in ag retail for 12 years. Kody knew the Latham family even before he graduated from Iowa State University 10 years ago, and always kept an eye on the company’s go-to-market strategy.

“One thing Latham does really well is bringing options to customers and letting them pick the trait packages that best fit within their operation,” Kody says. “Being an independent seed company gives us the ability to do that. Most other companies can’t.”

While he didn’t grow up on a farm, Kody helped his grandpa mix feed at the Klemme (Iowa) Co-op every week. He participated in FFA and 4-H; and majored in Agricultural Studies at ISU. He met his wife, Vanessa, while working as an agronomist in one of her grandpa’s bean fields. 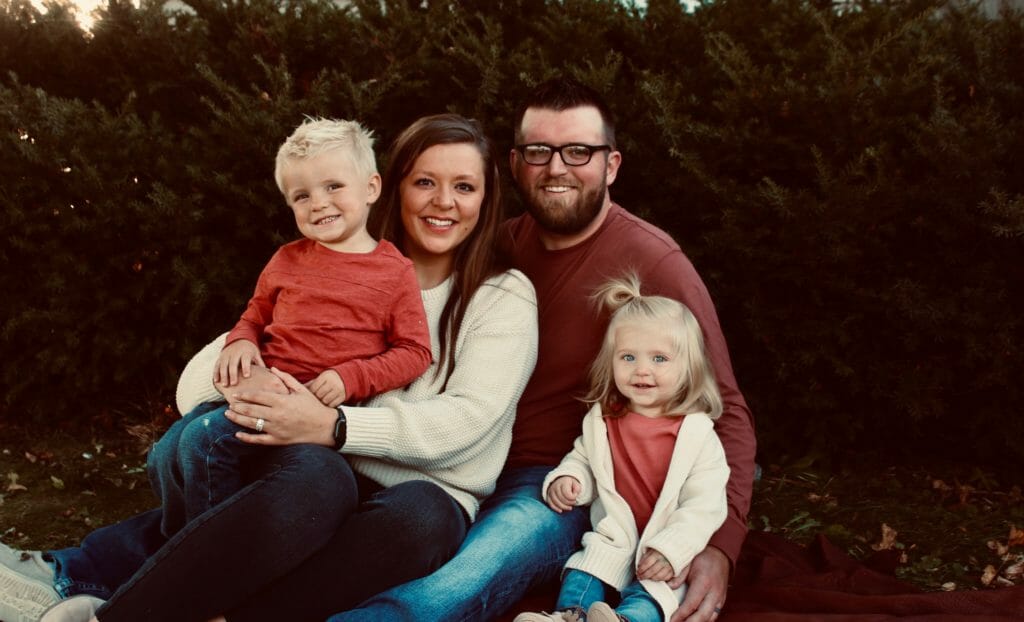 Kody and Vanessa Trampel with their children Pierce and Finley.

Kody says he’s most excited for the opportunity to “focus on seed only” in his RSM role at Latham Seeds — while also using his experience in ag retail to help grow his dealer network.

“Bringing real-life experiences to the farm gate is something I’m really looking forward to,” he says.

Kody knows how committed Latham Seeds is to its customer base because of a single, short statement that company President John Latham always drives home: “We are a genetics-first company and a trait company second.”

“That comment from John truly shows that no matter where the traits are sourced from, we won’t bring them to the table unless we have a need from our customers,” Kody says. “That just proves how important they are to us.”

When he isn’t working, Kody enjoys camping with family and friends, and raising and showing livestock. He and Vanessa have two children, Pierce (3) and Finley (2). They also love their four mini Aussies: Paisley, Bentley, Sage and Mila.

Here is a delicious family recipe from the Trampels!