Many cooks enjoy exploring new recipes and styles of cooking, but they usually come back to familiar favorites. The pattern also holds for farm kids. Many like to explore new parts of the country and ways of life but eventually come back to the farm that has been in their families for generations.

Brothers Ross and Levi Brown of Dell Rapids, South Dakota, didn’t plan to take over the family farm from their parents, Kevin and Renee.

Ross graduated from Dell Rapids High School in 2005 and then went to basic training and Air Force technical training. In 2006, he started taking classes at South Dakota State University (SDSU) in Brookings where he majored in Aviation Management. He was deployed three times, ranging from two to four months each time.

After graduating from high school in 2008, Levi had intended to become an engineer. He enrolled in the School of Mines, but it only took him one semester to realize that that college wasn’t the best fit for him. The following semester he transferred to SDSU where he earned a bachelor’s degree by double-majoring in Agricultural Business and Finance with a minor in Economics. Due to Ross’s deployments, he and Levi graduated from SDSU on the same day. 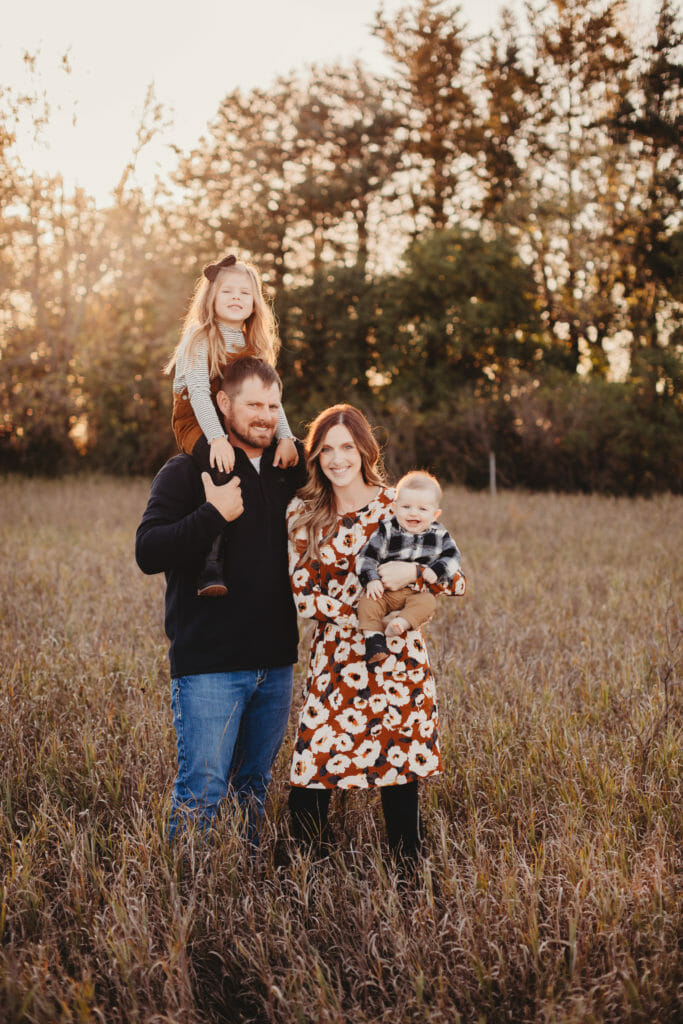 Levi and Olivia Brown and Family

Levi met his future wife, Olivia, in Brookings. Olivia earned a Bachelor of Science in Nursing (BSN) from SDSU and graduated in August 2019 with a Doctor of Nursing Practice (DNP). She currently practices at Avera Health. After working for a few years for a farmer in Mitchell, Levi and Olivia moved to a farmstead three miles northwest of the home place where they established their home.  They are the proud parents of 5-year-old Cora and 10-month-old Griffin.

Ross returned to the family farm in 2012 after working a couple of years at Raven Industries. He spent a great deal of time traveling for his job and realized how much time he would be sacrificing away from family if he continued in aviation.

Ross and his wife, Jen, are the proud parents of nine-year-old Elsa, seven-year-old Joe, five-year-old Arlo, and 1-year-old Rollie. Jen teaches first grade in Sioux Falls and is dedicated to making a difference in her students’ lives. Ross continues to serve in the Air National Guard. His 20th year of service will be 2025. Ross and Jen and their family live across the section to the north from the home place. 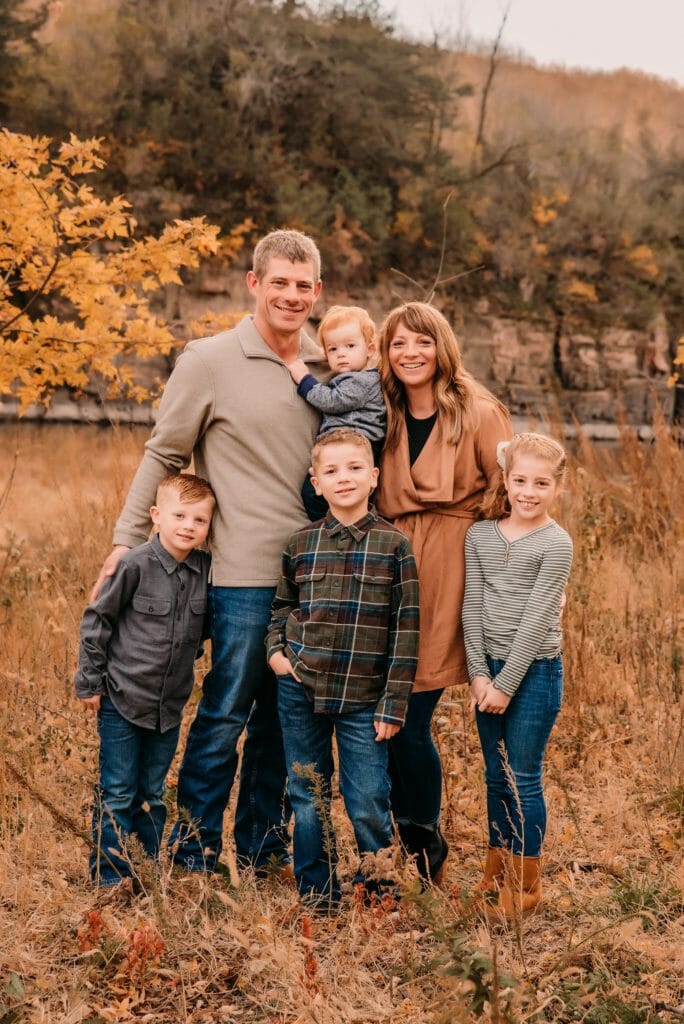 Ross and Jen Brown and Family

“Ross and Levi have really embraced technology, and that’s helped the bottom line of the farm,” says Kevin. “Technology adds another level of management, so I’m turning the reins over to them. They order our seed, chemicals and fertilizer because they know the prescriptions for each farm.”

The Browns farm separately, yet together. They also have a Latham Seed’s dealership. In addition to raising crops, Kevin and Levi each finish feeder cattle. Ross also finishes feeder cattle and calves about 120 cows each spring.

Today the Browns are sharing a family favorite recipe that promotes the beef they raise.

Baked Round Steak with Gravy