Education and the Environment are Renner’s Passion Projects 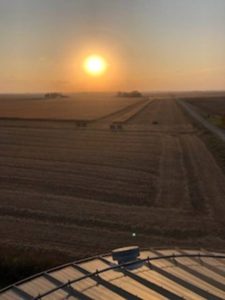 The early morning glow on a beautiful fall day.

As a new year begins, so does a new session of the Iowa Legislature. It’s important for those who understand farming practices and how proposed bills would impact their lives and the health of states like Iowa where agriculture is the backbone of our economy.

Helping people understand how critically important farmers and farming are to their daily lives is one reason Brent Renner followed his dad’s example by becoming involved in farming organizations.

“My father was very involved in Farm Bureau when I was growing up,” says Renner, a fourth-generation Iowa farmer from Klemme. “I could see Dad benefited from his involvement while making sure our government and elected officials heard a unified voice from farmers about the things that matter to us most. We have several great commodity organizations that do a great service to our farming community, and I believe it’s important to stay involved in them.” 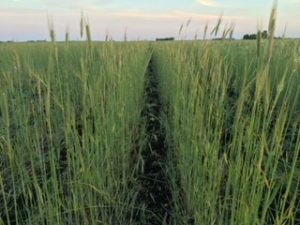 “This was spring of 2019 with my first experience strip tilling in tall standing ryegrass. It was nerve-racking but it turned out very well,” Renner says.

Renner’s roots run deep in agriculture. His great grandfather and grandfather moved to North Iowa from southern Nebraska during the Dust Bowl era. They railed their cattle to south of Clear Lake in search of crops to feed their stock. After working as hired men for other established farmers in the area, they were able to sustain their own operations.

Like many farmers who experienced the Dust Bowl, the Renner family developed a great appreciation for how important soil is to sustaining farms and livelihoods. They have implemented strip till and no till into their operation. They also have implemented filter strips, waterways and wetlands where they can have the greatest environmental impact.

“As stewards of the land, it is our responsibility to leave our environment better than we found it,” says Renner. “I believe we are on the cusp of learning so many new things about soil health and how it relates to farming practices and water quality. It’s an exciting time to be in agriculture.” 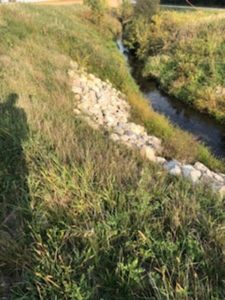 Renners have implemented buffer strips and stream bank management to stop erosion on their farms.

Because farmland is often handed down from one generation to the next, farmers want to protect their legacies by caring for the environment.

“I’m been extremely proud of the work and research the Iowa Soybean Association has done on behalf of Iowa’s soybean farmers regarding the environment and water quality,” says Renner. “Bioreactors are just one example of many that we have provided research and funding for. Recently, we developed an ‘outcomes fund’ that provides farmers with the resources necessary to partner with municipalities and industry leaders and make positive changes in our water quality.”

“I really enjoy overcoming some of the challenges that this occupation can throw at you,” adds Renner. “It’s fulfilling to raise a good crop and still protect the environment. Mother Nature can throw a lot of curveballs at you any given season.”

He has always enjoyed farming, but Renner wasn’t certain he wanted to farm full-time until he came home from college in 1999. He and Nikki were married in 2000. They got involved with the state Young Farmer Committee through the Iowa Farm Bureau, and Brent chaired that committee the last year they served for District 2. He then worked through the leadership positions at the county level and served for three years as president for Hancock County Farm Bureau.

After fulfilling his term on the county Farm Bureau board, Brent became involved with the Iowa Soybean Association. He started by serving on the District Advisory Council before he ran for the board. He won an at-large position and was re-elected in 2019. He is serving in his second year of his second term. Active on several ISA committees during the past five years, Brent’s passion has is education and environment.  He also serves on the North Iowa Ag in the Classroom board. 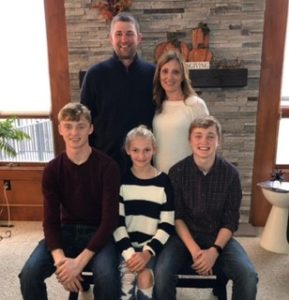 Now that their family is growing, time together is treasured even more. Brent and Nikki’s oldest son, Caleb, is a freshman at North Iowa Area Community College (NIACC) where he looks forward to running track this spring with the Trojans. Their son Braden is a junior at Garner Hayfield Ventura High School where he plays basketball and golfs. Their youngest, Madison, is an eighth grader in the same district.  She loves dance and music. She also serves as manager of several sports teams.

The Renner family enjoys camping and fishing when they have a chance. Their favorite getaway is Decorah in Northeast Iowa where there are lots of trout streams. Not only does spring bring trout fishing season, it also is asparagus season. The Renner family freezes asparagus to enjoy year-round and especially during holidays. Today they are sharing with us one of their favorite recipes for roasted asparagus.