“Strive” to Achieve Your Health and Fitness Goals 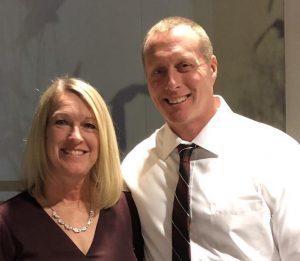 Kayleen and Jason, owners of Strive Fitness in Greene, Iowa. Visit them online at www.StriveFitnessCenter.com.

Want to adopt a healthier lifestyle? Take it one step at a time.

“Imagine a long ladder. Every rung on the ladder is a simple, healthy change that you can incorporate into your life. Don’t focus at the top of the ladder. Focus on the rungs by making small changes, over time, to advance to the top. You can’t climb the ladder of health and wellness, if you are standing at the bottom with your hands in your pocket,” says Jason Landers, who in 2008 opened Strive Fitness in Greene, Iowa. Jason and his wife, Kayleen, operate Strive Fitness together. The 24-hour gym was named Strive because no matter what your health goals are, you must always “strive” to achieve them.

Jason has been striving to meet his health and fitness goals since he was in elementary school. That’s when he became fascinated with bodybuilding after watching Lou Ferrigno star in the TV show, “The Incredible Hulk.” Since the internet had yet to be invented, information about bodybuilding and training was scarce.  Jason’s search for bodybuilding knowledge began by reading books, magazines, and renting old movies like “Hercules.”  Jason laughs as he remembers sending in a mail-order ad for the Charles Atlas weightlifting plan which was advertised in the back of comic books and “Boys Life” magazine.

With the goal of becoming a professional bodybuilder, Jason’s journey covered many long years.  He never lost sight of the desired results.

Jason was a junior in high school when he wanted to gain more size and strength for football. The University of Northern Iowa (UNI) was recruiting him to play, but there wasn’t an adequate gym in his rural hometown. So, Jason drove about 40 miles to Cedar Falls four to five times weekly to work out at UNI. There he met Joe Hatchett, a former national wrestling champ and a bodybuilder.

“I soaked up all the information I could while occasionally working out with Joe Hatchett,” says Jason. “He got me interested in trying the Teenage Mr. Iowa contest and helped me prepare for that.”

Jason continued to pursue his dream of becoming a professional bodybuilder even while earning an associate degree in Athletic Training. He then transferred to UNI where he earned a bachelor’s degree in Health Promotion and Wellness. 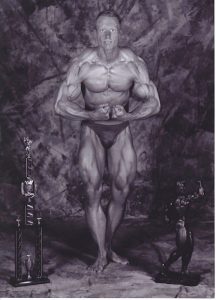 Nearly 30 years after he was inspired by Lou Ferrigno, Jason won the 2003 Mr. Midwest bodybuilding championships. He earned his Pro Card and qualified to compete in the World Natural Bodybuilding Federation (WNBF). Jason won Mr. Iowa twice before winning his Pro card.

The Pursuit of Health & Wellness

“You can’t change everything overnight, so don’t expect dramatic results fast,” says Jason. “If your health plan is too difficult to apply, you will fail. Incorporate small, additional healthy tasks into your daily routines that are manageable and build from there. For example, walking daily, taking the stairs instead of an elevator, or replacing soda with water with meals are very achievable changes.”

“The pursuit of health and wellness shouldn’t be about how you look or about the numbers on a scale. It should be about how you feel,” says Jason. “You can eat healthy and make good choices no matter where you are. Most fast food restaurants, convenience stores, gas stations, and grocery stores all have healthy meals or quick snacks if you really look.”

Plan out your day ahead of time, so you don’t splurge on junk food because you were not prepared.

“The old saying, ‘If you fail to plan, you plan to fail,’ is very true with your daily nutrition. It doesn’t have to be complicated or hard. You can bring healthy snacks and substitute healthy alternatives. Google ‘healthy snack substitutes for junk food,’ and you’ll be amazed how simple and tasty some are.”

Motivation to exercise can come in many different forms. The trick, says Jason, is to use that motivation to fuel your exercise plan. Exercising with a partner or friend can help you both stay accountable. Rewarding yourself with a small gift might motivate you to complete several workouts in a row without missing.  Changing your exercise routine every few weeks will help you stay challenged and prevent boredom.

“I love helping others pursue a healthier lifestyle. It’s satisfying to offer the community in which I grew up a healthy fitness resource,” says Jason. “Whether it’s weight-loss, strength training, or rehab, I really enjoy helping others with exercise and nutrition.”

Jason still enjoys working out daily.  Although he’s no longer competing in bodybuilding competitions, he still maintains the basic bodybuilding lifestyle of good nutrition and training.

“I consume five or six small meals daily and that includes one or two protein drinks,” says Jason. “I work out every morning at 6 A.M., so I don’t have time to whip up my first meal of the day before work. I always rely on a protein drink.”

Today Jason is sharing a recipe for his favorite protein shake. 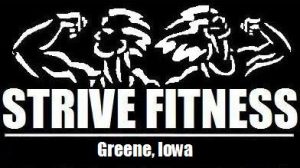