Tell Him It Can’t Be Done… and He’ll Likely Do It! 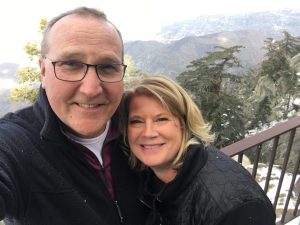 Lyle Marcus, who recently joined Latham Hi-Tech Seeds as Corn Product Manager, has been in the seed industry with varying experiences for nearly 30 years.

“As I think back to the time I spent helping my dad, I realize I have been in the industry since I was 10,” says Lyle, who grew up on a farm near Prinsburg, Minnesota. “My dad purchased new certified soybean seed each year and planted about 30 acres of new seed. It was my job to keep those acres weed-free and make them our seed production for the bulk of our acres the next season. I was also in charge of operating the little wooden clipper fanning mill to clean that seed each spring.  So, you could say I have been involved in the industry for some time.”

“My dad was a very curious person. He always looked for ways to improve profitability in his business,” adds Lyle. “He inspired me to learn more about how plants work, how crop inputs affected profitability and how we could produce crops more efficiently. That eventually led me to South Dakota State University where I studied Agronomy.” 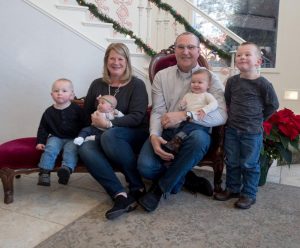 Lyle’s path to college involves a turn many people wouldn’t expect. Finances were tight, and the 1980’s economy didn’t make it possible for him to pursue his dream of farming at that time. Inspired by one of his uncles who had served in the U.S. military, Lyle enlisted in the Army Reserves during his junior year of high school. He served from 1980 to 1986. He planned to enlist in active duty after a few years of service, but then he met Jean and his plans changed. He chose to marry the love of this life.

The young couple worked for two years before they quit their jobs and moved to Brookings, SD, where Lyle finished a B.S. in agronomy in 3½ years. His first role in the seed industry after college was District Sales Manager with Keltgen Seed. His father-in-law, Keith Keltgen, was one of the six founders and lead manager for that company. Although Keith had started his retirement by the time Lyle was hired, Keith’s mentorship was key in the development of Lyle’s ideals in the industry.

“Keith had a saying, ‘To be successful, you need to do things that others are unable or unwilling to do’!” says Lyle. “Keltgen Seed believed in selling the highest germination products they could. Keltgen tested and tagged seed corn units at up to 98% germ. They also believed in farmers selling seed to farmers.  Who better than to know what can work for another grower than someone who is using a product on their own farm local to the customer?”

“One reason I decided to accept this new role is because I see both qualities in Latham Seeds,” adds Lyle. “Latham has developed a reputation for delivering only high-quality seed. At a time when many in the seed industry were transitioning away from farmer-dealers, Latham Seeds decided to recruit farmers dealers. Virtually all competitors have the ability to choose these ideals, but not many are ‘willing’ to do so. I look forward to being part of a team with these qualities and ideals.”

Lyle said his father-in-law would end many of his presentations by reciting the first verse of Edgar Albert Guest’s poem, “It Couldn’t Be Done.” This verse still inspires him today:

Somebody said that it couldn’t be done

But he with a chuckle replied

That “maybe it couldn’t,” but he would be one

Who wouldn’t say so till he’d tried.

So he buckled right in with the trace of a grin

On his face. If he worried he hid it.

He started to sing as he tackled the thing

That couldn’t be done, and he did it! 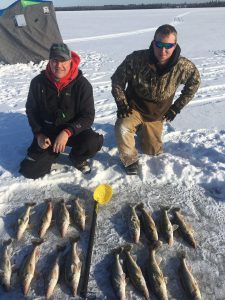 “I roll this verse through my head multiple times daily, which keeps me thinking of ways to better serve farmers,” says Lyle. “I am looking forward to working with a group of people, who believe in a farmer-focused business that helps create success for those growing and selling Latham products. I enjoy sharing information with seed sellers, as well as with farmers, about product positioning, crop growth and development as well as best production practices.”

As hard as Lyle works, he also recognizes the importance of unwinding. He and his wife, Jean, have made it an annual tradition to rent a Minnesota lake house for a week each summer, so their busy and growing family can come together and enjoy some of life’s simple pleasures. It’s a chance for their three children and spouses/fiancée plus four grandchildren to laugh together and make lasting memories in a fun, relaxing atmosphere. 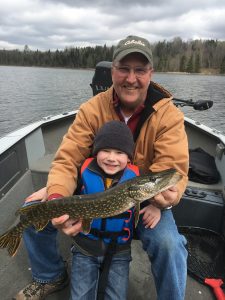 “I especially enjoy when I can be fishing with my sons and son-in-law who all enjoy it as well,” says Lyle. “Fishing provides solitude. It gives me time to unwind from work, though I do enjoy group fishing and the camaraderie that it brings.”

In his free time, Lyle also enjoys riding his Harley Davidson motorcycle. He says a ride on the open road is a great way to clear his mind.

“When you are riding, you need to stay super focused on the road and your surroundings. You must clear your mind of distractions,” says Lyle. “So far we have mostly gone on day rides and a couple weekend trips. Bucket-list rides include a ride around Lake Superior and some of the great rides in Arizona and Utah.”

The Marcus family loves to take time to slow down and enjoy a meal together, too. Today they’re sharing with us a family favorite recipe for pork chop casserole. This casserole sounds like the type of comfort food that Midwesterners especially enjoy during the cold fall and winter months. Enjoy!

1 can cream of mushroom or cream of chicken soup