Love of Cattle Brought This Couple Together 60 Years Ago 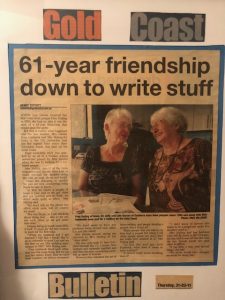 Gary and Fran Huling of Hampton, Iowa, celebrated their 60th wedding anniversary June 22, 2018, with their family. Photos of their some of their favorite memories, from their home farm and prized Holstein cows to Fran’s reunion with her pen pal of 61 years, decorate their home.

When Gary and Fran got married, they farmed in partnership with Gary’s parents. Ten years later Fran and Gary purchased the home farm and the milking herd. They began showing their cattle at the fair in Britt. In later years, they showed at the Iowa State Fair and the World Dairy Expo.

F&G Acres became known for quality genetics, and the couple focused on continual improvement. Their hard work was recognized when F&G Acres was recognized for the highest herd for milk volume and butter fat in Iowa for 1958, 1959 and 1960.

“Back then everyone used their own bulls. It took quite a few years to see performance data on the progeny. Then AI (artificial insemination) came along and more research was done, so we could decide which bull to use on each cow,” explains Gary. “Then we started selling some of our better bulls as studs. One of our bulls, Felix, went to a farm in Holland. Seven or eight years after we sent him there, we saw him featured on the cover of a breed magazine.” 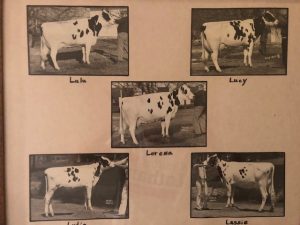 Fran goes on to explain that it takes years to prove a sire’s worthiness. “You have to breed a cow to a particular bull and hope a heifer calf is born. Then you must wait for that heifer to grow up and calve. You hope she has a heifer calf that goes onto to become a good producer. If that cow is a good producer, it reflects well upon her sire.”

Each cow’s body type, as well as the milk volume and butter fat she produces are compared to the bull’s other progeny.

An article in a 1993 issue of “BWS”magazine explains the impact Felix had on improving the quality of Holsteins in the Netherlands.

In that magazine article, dairyman Phillip Metcalfe is quoted as saying, “Felix daughters are certainly strong with great depth of body. One thing is for sure, Felix has certainly been very good value for money for us.” He also commented on the excellent temperament of these cows. 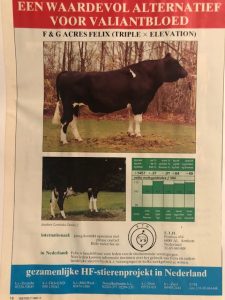 Jay Greenwood said, “[Felix daughters] are looking very well indeed, and the great milk already with high fat and protein percentages is what I’ve noticed the most. They’re going to be strong and upstanding… Their feet and legs are very good, all definite improvements from their dams.”

Keith Morgan, manager of Raveningham Estates, is quoted in that same “BWS” article as saying, “These are very useful cattle indeed. We have a high butter fat base here of 4.6%, but the Felix daughters are averaging over 5% with over 3.2% protein. The first 12, which were all calved down at two years, were classified yesterday. Three-quarters of them scored H70 or over, with the best being H80.”

The couple enjoyed farming together for more than 40 years. They then decided to sell their herd, rent out their farmland, and explore the country in new ways. They put more than 200,000 miles on their motor homes over 20 years, visiting friends and relatives near and far before they settled down in Hampton where they made their home in 2005.

Hampton, Iowa, is much closer than Britt to their daughter, Jeannette, who lives with her family in Cedar Rapids. Their son Steven teaches in Hampton, and their son Alan lives in Washington state. Fran and Gary are also proud of their five grandchildren and three great grandsons.

When the Huling family gathers together, Butterscotch Pie will likely be served. This recipe was a favorite of Fran’s grandmother, and today she’s sharing it with us on “The Field Position.” 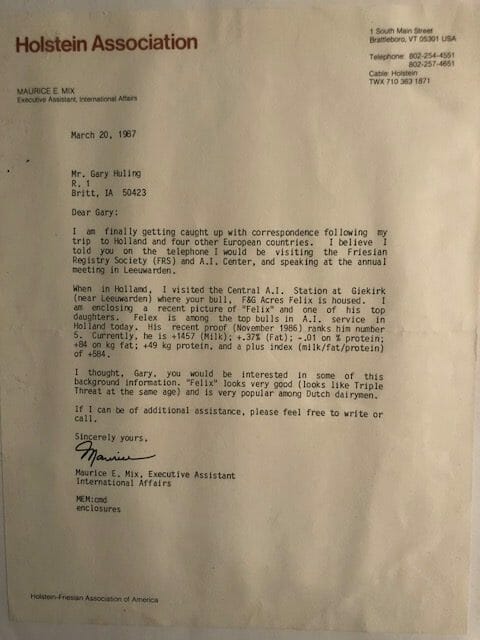 Pudding Filling, Part I
Melt the following together over medium heat: