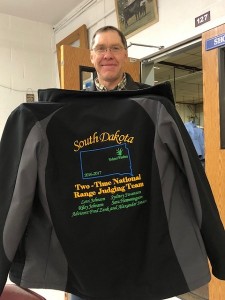 Whether you’re interested in touring the U.S. Capitol, building your resume, developing your leadership potential or seeing international sites like the Great Barrier Reef, the FFA can take you there! Global Programs allow FFA members to explore different agricultural practices, business practices and cultures in countries around the world. Career Development Events (CDEs) help students develop the abilities to think critically, communicate clearly and perform effectively in a competitive job market.

“If you just a little digging, there is something for everyone. There are programs and activities that will interest students whether they live in town or in the country and whether or not they’re interested in livestock or agronomy,” says Mr. Fred Zenk, who is in 20th year as ag instructor and FFA advisor in Webster, South Dakota. “One of my students placed in the top four nationally in public speaking. Seven students have worked and studied overseas in Africa, China and Europe. There is literally a world of opportunity for FFA members.”

“I really enjoy it when students discover their strengths and you see them really start to enjoy their studies. It’s a lot of fun when they start asking questions, desire to learn more and show a genuine interest,” says Mr. Zenk. “I really enjoy watching students develop their potential and gain confidence. There were a few students who had low self esteem and went on to become state FFA officers.”

Mr. Zenk and his wife, Cindy, have four children who also benefitted from participating in the FFA. Their two daughters and two sons had FFA projects in beef and crop production. Mr. Zenk says he knows their FFA experiences have contributed to their career success. Oldest daughter, Crissa, graduated from South Dakota State University (SDSU) and worked for Monsanto. She and her husband own their own feed company plus raise beef cattle and Katahdin sheep. Kyli went into social work and now does accounting. Derek works as a seed production specialist for Kuecker Seed Farm in Webster. Danny works as an agronomist for the newly formed AgTegra Cooperative.

The Zenks share a love of agriculture. As conservation district manager and state soil health coordinator, Cindy Zenk wants to get kids involved with conservation. She coordinates tree plantings and manages CRP acres, so she and Fred work together to identify learning opportunities for students.

One such learning opportunity is Range Judging. There are more than 120 plants in South Dakota that students must identify as part of the state competition. Students must determine if the plant is native or introduced, cool or warm season, perennial or annual, good or bad for grazing, as well as whether it’s used by wildlife and fowl for cover or food.

“Our state has chosen Prairie Grouse as the indicator for wildlife habitat because pheasants aren’t native to South Dakota,” explains Mr. Zenk. “In the Range Land competition, students must identify factors that are important to Prairie Grouse such as nesting cover, brood food, and brood habitat.

Understanding soils is key for both livestock and crop production. Students studying agriculture at Webster High School must decide which crops they’re going to plant on the 78-acre student-run farm. Their farm has been no-till since 1996. They usually plant oats and soybeans but have planted wheat. This year Mr. Zenk said the students’ biggest decision was whether to plant oats or spring wheat. Students decided to plant oats because the soils where the crop will be planted contains 13 inches of good soil with a level of gravel underneath.

“This area receives just enough moisture to get a 35-pound test weight on oats,” explains Mr. Zenk. “They decided to go with oats and also picked a cover crop mixture.”

Students learn about new agricultural practices and technologies through

“Technology has changed how I teach,” says Mr. Zenk. “We can take so many more ‘field trips’ through the Internet.”

Mr. Zenk tells his students, “The harder you work the further you will go.” We salute teachers like Mr. Zenk who inspire the next generation of agriculturists! 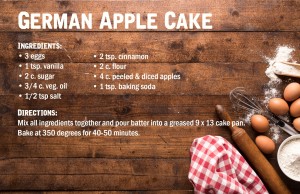