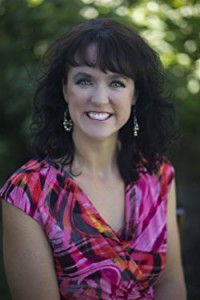 When you grow up on a swine farm and are taught that chicken is an “inferior meat,” you learn to love all things pork. Of course I love bacon like just about everyone else, yet there are so many more options available to make a great meal.

Two of the most simple—and versatile—pork favorites in my kitchen are ham and pork shoulder. Nothing’s faster than ham to bring plenty of flavor to the party, while pork shoulder is a creative cook’s dream. Just round up your favorite marinade, herbs and spices, pull out your slow cooker, and voila! Dinner is served.

I was thinking about this when I ate my way through downtown San Antonio, Texas, earlier this year with my good friend Shannon Latham. We joined a group of other Iowans who were in town for the 2017 Commodity Classic and broke away from the ag meetings to sample a taste of the city. As a farmer, ag journalist and author of the book “A Culinary History of Iowa,” there’s no way I was going to turn down an invitation like this. 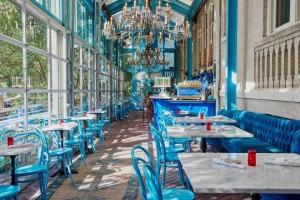 Sure, there were Latin flavors galore, along with fresh guacamole prepared right at our table, yet there are so many more the global dining options to sample in San Antonio.

Like the rest of the group, Shannon and I ooohed and ahhhed over the pastries and other delicacies at a downtown French bakery run by skilled bakers who moved to San Antonio from France. Our creative culinary minds got the biggest shot of inspiration, though, at Ocho at the Hotel Havana.

If you haven’t been to Ocho, you must visit. Architectural Digest has named his dazzling destination one of the world’s “Most Gorgeous Glass Restaurants.” Intrigued yet?

Situated in a glass conservatory overlooking San Antonio’s famous River Walk, Ocho serves breakfast, lunch, dinner and late-night snacks. Ocho’s menu is rooted in the hotel’s pan-Latin cultural influences from Mexico, Cuba and Texas. This was reflected in the unforgettable Cuban sandwiches our tour group enjoyed al fresco, after we were seated at vibrant turquois café tables outside the conservatory.

Undeniably delicious, Cuban sandwiches are the Latin version of the classic ham and cheese sandwich. If you’re a pork lover, few sandwiches compare to a Cuban. While the basics of Cuban sandwiches include sliced ham, Swiss cheese and pickles, the Cuban provides the perfect palette to showcase the flavors you prefer.

In honor of October Pork Month, I like to load my Cubano Iowa up with not only ham, cheese and pickles, but shredded pork slow-cooked in a citrus-and-garlic infused marinade. (If there’s a more helpful appliance in a kitchen than a slow cooker, I don’t know what it is.) Don’t skip the mayonnaise and Dijon mustard for extra flavor. Then slip the sandwich into a hot panini press (or fry it in a skillet), cook and savor the flavors of pork in all its glory, complete with a Midwestern-Latin twist.

One more thing–these sandwiches aren’t gonna stop until the pork runs out!

Editor’s note: If you’re hungry for more farm-tested recipes, along with stories of agriculture, Midwest history, communication tips and more, visit Darcy online at www.darcymaulsby.com, and sign up for her free e-newsletter.

1 bone-in pork shoulder (many are about 8 pounds)

*Note: not all the shredded pork will be required to make Darcy’s Iowa Cubano Sandwiches. Use what you want, and save leftover shredded pork for soups or other dishes.

Meanwhile, mix the mayonnaise and mustard in a small bowl, and spread evenly on the inside of the bread slices.

Layer on half of the cheese, the ham, shredded pork, sliced pickles and the remaining cheese. Cover with another slice of bread and butter the outside (top and bottom) of the sandwich.

Place sandwich in a pre-heated panini press, or heat a skillet to medium-high heat and place the sandwiches in the pan. Top with a second skillet (cast-iron works well) to weigh the sandwiches down.

If cooking in a skillet, turn down the heat after 2 minutes to medium low, remove the top skillet, flip the sandwiches and weigh down again with the second skillet. Check the sandwiches after 1 more minute, and remove when golden brown and the cheese has melted.

If cooking in a panini press, remove sandwiches from the press when bread is golden brown and the cheese is melted.