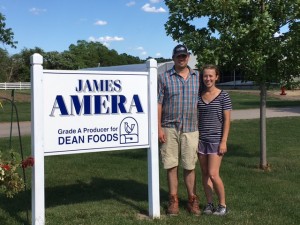 As a young child growing up in rural Wisconsin and later as a hockey player for the Stoughton Vikings, James Amera learned one of life’s most important lessons: Once you get knocked down, pick yourself up and move on.

Tenacity is certainly a characteristic that’s been handed down through the generations. James’ grandfather, Merle Skjolaas, grew up on a dairy farm and then started his own operation. His wife of 54 years, Ginny, worked fulltime at the Dane County FSA office. Now that Ginny has retired from her off-farm job, she is known for serving hearty homecooked meals for everyone helping on the farm.

Chidester-Skjolaas Farm, which has been operating for more than 150 years, is the longest family-operating 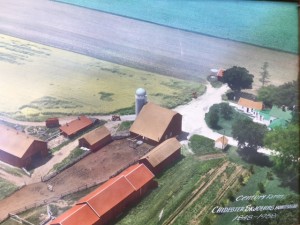 dairy in Dunkirk Township. Diversification and hard work allowed the Skjolaas to survive the 1980s Farm Crisis and provide an opportunity for the sixth generation to join the business.

“I’ve always looked up to my grandpa, so I feel fortunate to have a chance to farm with him and to learn from him,” says James, who bought his own herd in 2015 and now milks 120 cows. The barn is built to accommodate 200 cows, and James plans to expand at some point.

About 75 percent of James’ cows are registered. He focuses on genetics to increase the quality of his herd, which are primarily Holsteins with a few Jerseys and Brown Swiss. 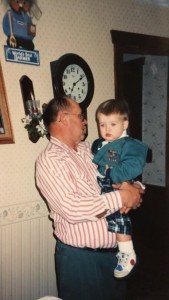 “I like choosing dams and sires,” says James. “I like big cows with square udders. I look for the taller, bigger framed cows. I like putting up the feed and seeing how that translates into milk production.”

James and his grandfather also raise crops together. Although they both have their own land, they share some equipment like the combine. James grows alfalfa, wheat, corn and soybeans. Sometimes he grows peas and oats. Whatever crop is grown must either provide high quality feedstuffs for the dairy cows or add value to the farm operations.

“Milk is what pays the bills, so we focus on feed quality and cow comfort,” says James. “It’s important to get the feed put up right. I’ve stopped planting corn just to cut the best quality hay possible. Last year I started chopping silage early, so it had good moisture.

Whether it was achieving Best of Show for corn and tobacco when he was a 4-H and FFA member or helping his younger brother prepare for National Junior Swine Association shows, James is competitive. He’s committed to doing whatever it takes to raise the best crops and 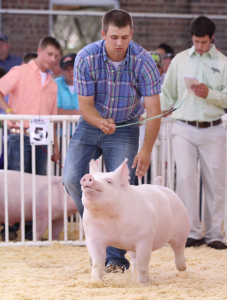 Livestock is definitely James’ passion. He grew up showing pigs. After graduating from the University of Wisconsin short course, he moved to Illinois where he worked on a show pig farm for a year.

“I really enjoyed that job,” says James. “As herdsman, I cleaned pens and moved sows. I also bred sows and delivered show pigs around the country. It was so much fun meeting people from all over the U.S.”

The opportunity to farm with his grandpa is what brought James home. He recently moved into the home where his grandfather, mother and her siblings where raised, which is just across the road from where his grandparents built a house and now live.

Very good—use your own favorite frosting.