“Food for Thought” after a Week of Advocating

Last week was a banner week for me. I spent the first three days in Kansas City, meeting with industry peers on the Communications Committee for the American Seed Trade Association (ASTA). Thursday I had the pleasure of speaking with “Musings of a Pig Farmer” author Larry Sailer to Iowa Agri-Women about using social media to influence public policy. Then last Friday I had the honor of representing Latham Hi-Tech Seeds while serving on a panel with Cristen Clark of Food & Swine fame and Crystal Blin, aka Crystal Cattle. 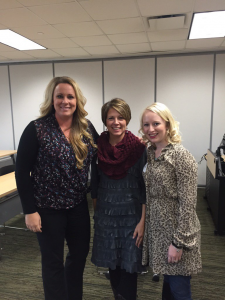 Cristen Clark, Shannon Latham and Crystal Blin served on a blogger panel last Friday at the inaugural “Grow by Future FarmHer” conference in Ankeny, Iowa. For everything from recipes to beauty tips, follow along at foodandswine.com, TheFieldPosition.com and crystalcattle.com.

All week long I was surrounded by groundbreakers in agriculture: Greg Peterson of the Peterson Farm Bros, whose parody videos allow them to reach millions – literally millions and millions – of consumers with positive images and fun facts about agriculture; Dr. Robb Fraley, the Father of Biotechnology and 2013 World Food Prize Laureate; and Lexi Marek, an Iowa State University student and intern who pulled off the amazing feat of planning an inaugural, sold out “Grow by Future FarmHer” conference for 250 young women in agriculture.

FarmHer was created to empower and recognize women in agriculture. “It is by no means an attack against men,” says founder Marji Guyler-Alaniz. “It’s not about taking anything away from men. [FarmHer] is about recognizing women.”

During Friday’s closing session, Marji shared how the “God Made a Farmer” commercial that aired during the 2013 Super Bowl inspired her to make a career change. As a photographer, Marji realized that the beautiful photography featured in that popular video did little to show the important role that women play in agriculture. So she went on a mission to document the lives of women in agriculture:

“Women play many important roles in agriculture as scientists, researchers, ranchers, care takers, and producers, just to name a few. At FarmHer shining a light on these women is our mission and we know it is important that they are celebrated for their accomplishments, are given a platform to share their stories and are able to inspire others through connection.” 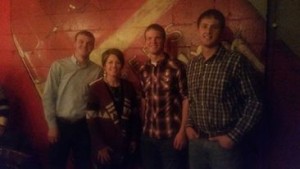 Last week Shannon had the honor of meeting the Peterson Farm Bros, who have gained worldwide attention for their parody videos that explain what they do on their family farm. Be sure to check out their new video, “Farmers Feed the World, which launches Nov. 16!

The need for female leaders in agriculture to mentor the next generation of leaders was a consistent theme in every meeting I attended this week. A comment Dr. Robb Fraley made about women needing to have a louder voice in agriculture got me thinking about how blessed to have strong female role models in agriculture, beginning with my mom and my grandma.

As an 8-year-old, I wanted to show lambs at the county fair. Although we raised sheep, my parents said they didn’t know the first thing about showing them. Fortunately, many kind people in my community stepped forward and taught me everything from how to pick your best stock from the lot to showing and fitting. My 4-H leader, Sandy Ruby, and her husband both spent time on our acreage. Other sheep industry leaders of the time, including Jennifer Heeren and Charles Steere, shared great advice and words of encouragement.

None of these people made any reference to me that I was “a girl.” No wonder told me to scale back my big dreams because I was a female, and I honestly didn’t see “gender” when I was the only girl in my high school that chartered our school’s FFA chapter. When I was a senior, my FFA advisor took me on a campus visit to Iowa State and made me aware that Agricultural Journalism and Public Service & Administration in Ag were majors. Without Mr. Jorgenson’s influence, I might never have discovered my love of communicating about agriculture. 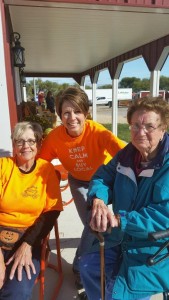 Some of my favorite memories are with most important FarmHer role models I have, my mom and grandma!

Fast forward about 25 years and the agricultural landscape has changed greatly! Nationwide 47% of FFA members are female, and women hold approximately 50% of state FFA leadership positions. For the first time in history, there are more females than males enrolled in the ISU College of Agriculture & Life Sciences. In November 2014, Joni Ernst became the first woman to serve in federal elected office from Iowa. She also is the first female combat veteran elected to serve in the United States Senate.

Honestly, I’m happy for the young women who are growing up today with such great role models. My daughter, who has developed so much confidence through her 4-H horse project, has a wonderful female role model who’s a successful horse trainer and an accomplished rider. And even if she doesn’t desire to manage a seed company or operate a pumpkin patch, I hope my daughter will be inspired to “create adventures” for herself.

In honor of the amazing farm women – like Annette Sweeney and 2011 Midwest Farm Mom of the Year and 2015 FarmHer Hall of Famer April Hemmes – who have blazed trails before us, today I’m sharing a recipe courtesy of the Iowa Beef Industry Council. 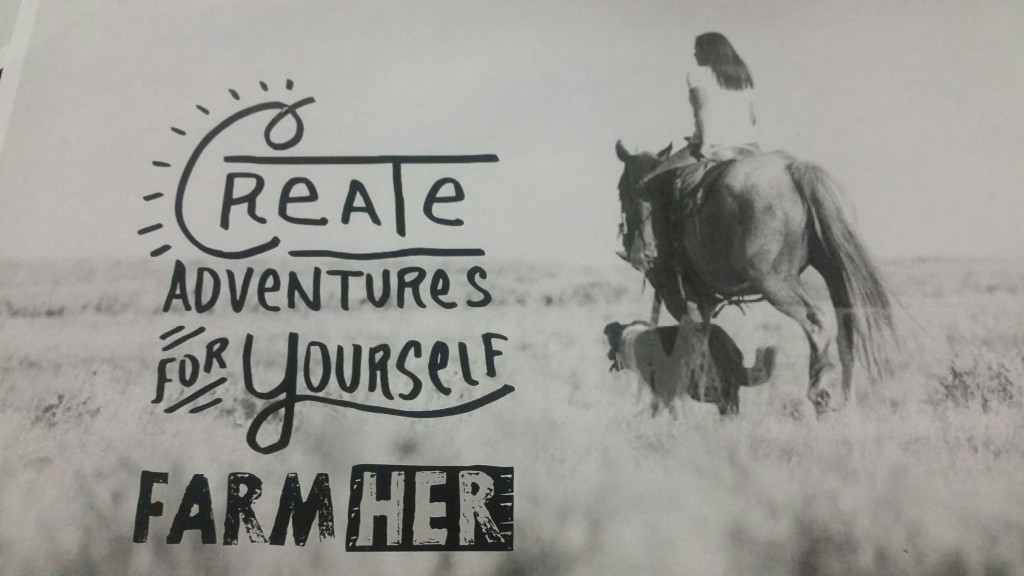