It’s no secret that dairy farming is a rich tradition in Wisconsin, but it was a chance meeting that led Kevin and Julie Roske to their dairy. Originally from a dairy farm near Riceville, Iowa, the couple moved to Wisconsin in the mid-80s to answer a help-wanted ad in Hoard’s Dairyman for a herdsman near Chetek, Wisconsin.

A few years later while attending a Herd Improvement Meeting near Barron, Kevin connected with Joe Mullen, a dairy farmer who was in his 70s at the time. Joe took note of Kevin’s interest in learning and his passion for improvement. He made a job offer for Kevin to come work at his dairy in Hillsdale. While the Roske’s didn’t accept that initial offer, they did keep in touch with Mullen and learned more about his operation before deciding to move their young family at the end of that year.

The initial arrangement was for Kevin to work on the farm as herdsman. However, Mullen was nearing retirement so the two worked carefully on a transition plan. Kevin worked for a wage and also received a 25% share of each heifer calf. A couple years later, Joe’s farm went on choice auction. Half of the cows were sold to the highest bidders, and the other half returned to the herd where Kevin and Julie used their 25% share in the heifers as a down-payment for the farm.

Kevin was in charge of day-to-day farm operations while Joe managed the finances. They continued working in share agreements, allowing Kevin to build his herd and share machinery, while always maintaining two sets of farm books to be audited in their monthly meetings. Later on, a contract was established with Kevin as full manager of the farm. Kevin was to uphold an 18,000 pound rolling herd average with an escape clause for Joe to nullify the contract should this goal not be met. Kevin met and surpassed that first goal, which convinced Joe to sell the rest of the farm to the Roske family.

The part of this story that the Roske’s love to share the most is that even though Joe was technically retired at that point in their relationship, he still wanted to do what he could to help the young family build a strong foundation for their new farm business. He wrote up several other contracts for farms he purchased, which allowed the Roskes to add a second farm with heifer facilities and a third farm with a barn for dry cows. 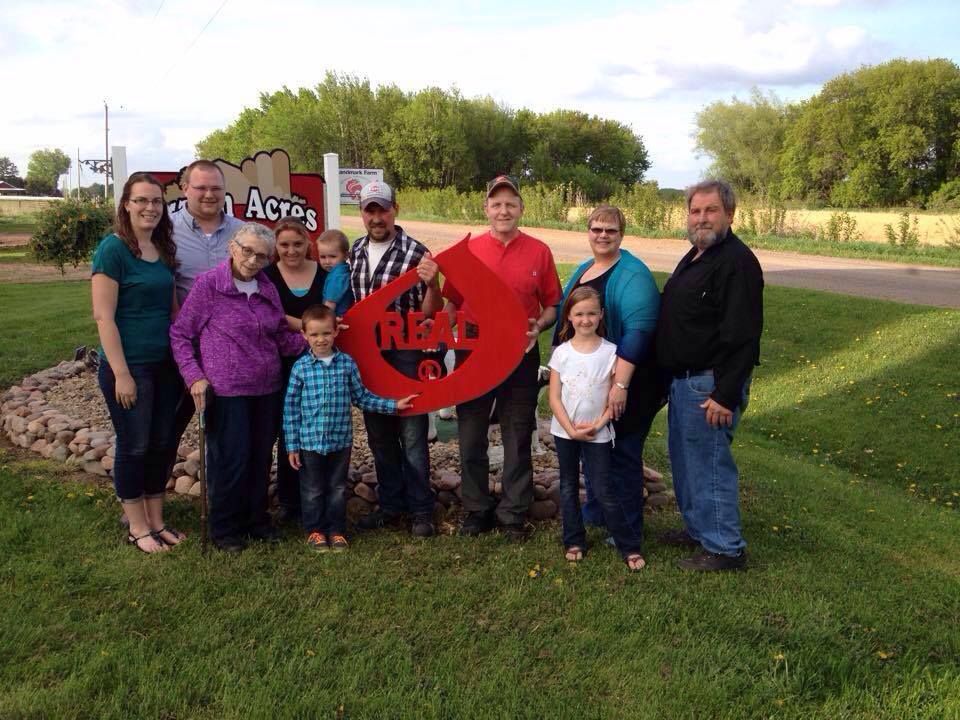 Joe Mullen passed away in March 1994 at the age of 80. Both Kevin and Julie routinely express how grateful they are for the opportunities he provided to help them bring their dream of owning a dairy to reality. When the Roskes first moved to the farm, they were milking 34 cows. Today they care for a herd of 90 cows. They also raise 200 acres of corn and 200 acres of alfalfa each year to provide all the feed they need for the herd.

Kevin used to say that his main focus on the farm was to “keep the herd average high, pay the bills and raise the family he needed to keep the farm running for Joe.” I’m happy to share the Roskes are doing so in the most fitting way as they work to transition their oldest son, Nathaniel, in as the next generation of Grazin’ Acres dairy ownership. 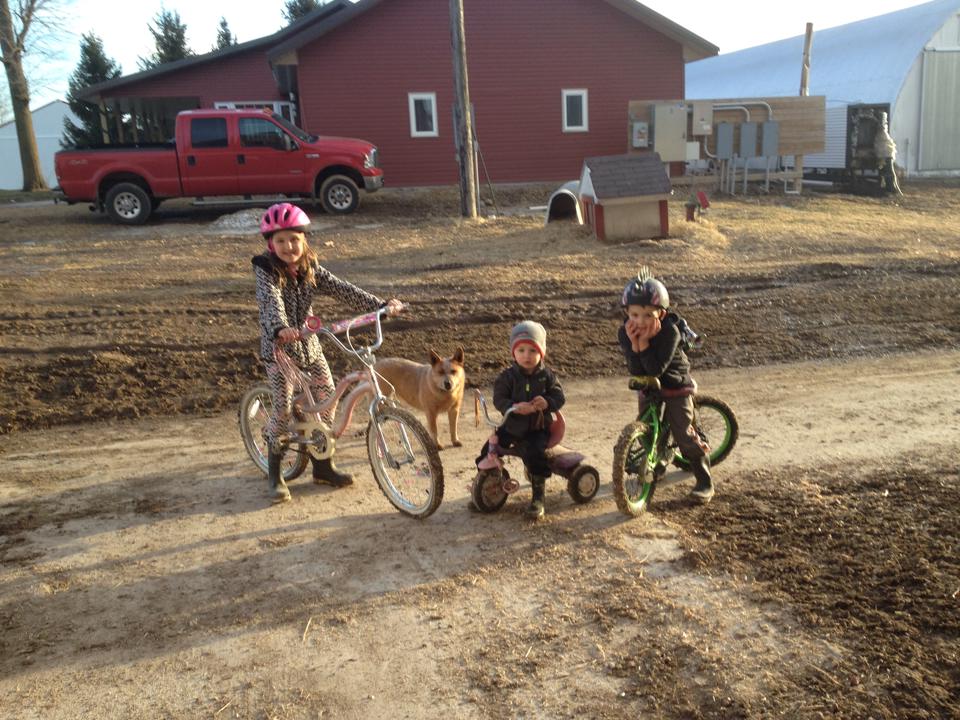 Nathaniel’s three children are also regularly “on patrol” during morning and evening milkings. I look forward to Part III of the story when the Roske family REAL dairy tradition continues with the third generation.

The Roske farm transition story is just one example of how dairy farm families across the country work together to bring us fresh dairy products.

Did you know that June is Dairy Month? If you have questions about how your dairy products are produced, seek answers from your local farmers. Saturday I’m heading north to take part in the 41st Annual Barron County Dairy Breakfast on the Grazin’ Acres Farm. I look forward to joining the 2,999 other people expected at this year’s breakfast. You’re welcome to join us on Saturday, June 6, from 6 AM to 11 AM! All who attend will be treated to a fantastic breakfast and entertainment.

To find a dairy breakfast near you, check out Midwest Dairy Association’s listing of summer dairy events and Wisconsin’s June Dairy Days of Summer events. You’ll have a great time learning about this REAL labor of love and learn how milk, cheese and ice cream products move from the farm gate to your dinner plate! 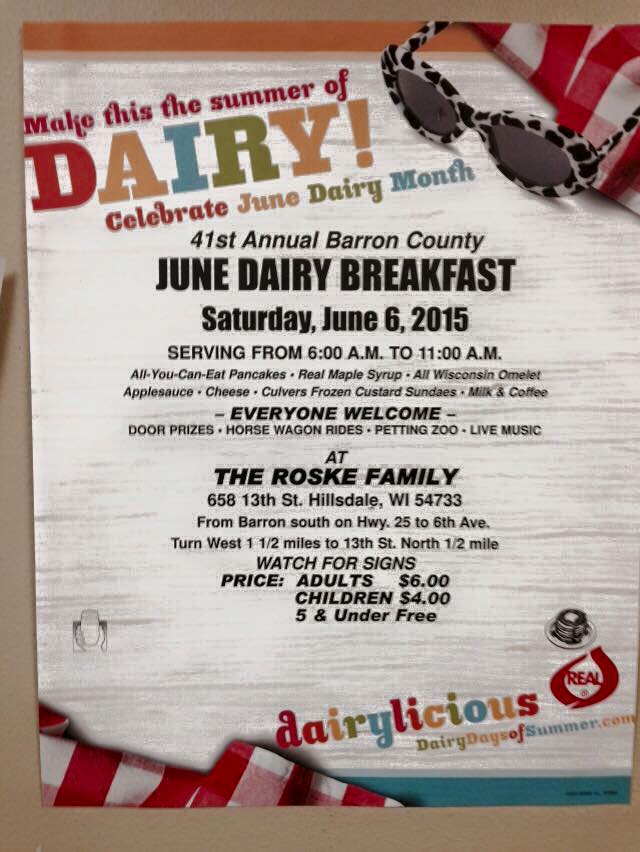 In celebration of the breakfast to be held Saturday morning in Hillsdale, I share with you this easy recipe for Egg Bake.

Place hash browns in a greased 9X13 inch pan.
Cut up the margarine and dot on top of hash browns.
In a separate bowl, mix the eggs milk and salt.
Pour over the hash browns.
Add meat and vegetables.
Scatter cheese over the top.
Bake at 325 degrees for 45 minutes to an hour.