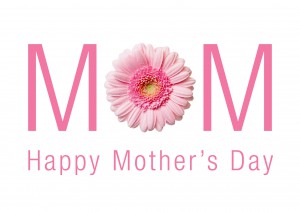 Earlier this week as I was trying to find time this week to buy Mother’s Day cards – in between writing agronomic articles, doing radio interviews, racing against the rain to get flowers and trees planted, plus chauffeuring kids to baseball, basketball and horseback riding lessons. It made me think to myself, “Mother’s Day definitely was not created by someone who makes their living off the land.”

May is a harried time of year for Midwest farm families. That’s why I applaud Monsanto for announcing the 2014 Farm Mom of the Year the week leading up to Mother’s Day; it helps make sure farm women get the recognition they deserve. Five regional winners are selected annually in this contest, and each regional winner’s receives a $5,000 prize. All five are then entered into the national contest, and the winner receives an additional $5,000 prize. I’d like to give a special shout-out to two regional “Farm Mom of the Year” winners from Iowa, Stephanie Essick and April Hemmes!

All “Farm Moms” do so much for their farms, their families and their communities. It’s fitting that they’re celebrated and honored this Mother’s Day.

Have you ever thought about the origin of Mother’s Day? A quick Google® search informed me that 2014 is the 100th celebration of Mother’s Day. Ironically, the origins of Mother’s Day aren’t nearly as beautiful as the colorful magazine spreads filled with ideas for brunches, gifts and cards to shower those special women in our lives with love and appreciation.

Largely due to the efforts of Jarvis’ daughter, Anna, Mother’s Day was observed in a growing number of cities and states. U.S. President Woodrow Wilson in 1914 officially set aside the second Sunday in May for the holiday. When the holiday went commercial, its greatest champion Anna Jarvis, literally gave everything to fight it. She died penniless and her efforts were somewhat in vain as Mother’s Day is now the year’s most popular holiday for dining out. It’s also an important Hallmark holiday.

But there’s really no need to spend lots of money to give Mom what she really wants this Mother’s Day. As a mother of two, all I really want is permission to slow down and take a little “time out.” In our busy, scheduled lives, I’d relish one Sunday afternoon without having to be someplace by a certain time. (Isn’t it amazing how many ball games happen on Sundays?) A nap or even just two hours to watch a movie of my choice, uninterrupted, would be icing on the proverbial cake.  🙂

Give Mom what she really wants… the gift of time. Here are some ideas on how you could treat your wife or mother to time off: make brunch reservations, plan a special tea party, create a special card or simply play board games as a family. Maybe you could spend a few hours on Sunday afternoon hunting for asparagus and mushrooms. Today I’m sharing a recipe that takes advantage of fresh asparagus and honors #MayBeefMonth. Enjoy!