Finding Peace behind the Tractor Wheel 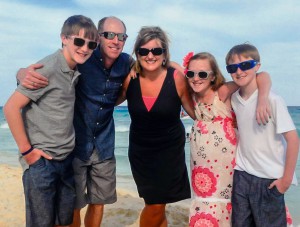 Matt Wyatt of Reinbeck in Northeast Iowa is planting his fourth crop, but it’s the first time he’s been able to do so without having to check his email frequently or field phone calls. In April, he left his job as claims supervisor for Rain & Hail Agricultural Insurance. It was a position he had enjoyed for 18 years, but he left so he could fully enjoy this new season of life.

“I like knowing I’ll be home every night. I like working with my dad, and I’m looking forward to working with my children,” says Matt, the fourth generation of Wyatts to farm near Hudson. In addition to raising corn and soybeans, he and his father also have an early wean-to-finish pork operation.

Matt admits that being alone with his thoughts for a good part of the day took a little getting used to. Now he enjoys spending time outside where the birds sing and his phone isn’t incessantly “chirping.” He can concentrate on doing the day’s job plus plan for the future.

“Even if they don’t decide to pursue farming, I want my children to have an appreciation for the process,” adds Matt. “I want them to experience a feeling of accomplishment at the end of the day, knowing the work that was done is all a part of something bigger.” 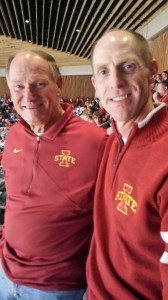 Frank Wyatt has been a Latham® dealer for nearly 20 years. His youngest son, Matt, is returning to the family farm and will plans to join the dealership for the 2015 sales year.

Matt graduated in 1996 from Iowa State University where he earned a bachelor’s degree in Agricultural Business with a minor in Agronomy. It’s also where he met his wife, Chelsea, who stays busy with her children’s school and community activities. The couple are the proud parents of two sons and a daughter: Cael, 14, recently got his permit. He enjoys wrestling and track. Aiden, 12, enjoys soccer, baseball and football. Ava, 9, has been taking dance lessons since she was 3. She also enjoys soccer.

Community involvement and education are a common interest for this couple. Chelsea organizes the community soccer program and chairs the local parent-teacher association. Matt has coached the community’s youth wrestling program plus serves as assistant coach for Ava’s soccer team. Matt also is president of the Gladbrook-Reinbeck School Board and active in his local church. In addition, Matt and his father, Frank, are active in the Masonic Lodge.

In their free time, the Wyatts enjoy cheering on the Iowa State Cyclones. Matt enjoys golfing, and Chelsea enjoys taking family vacations to the beach.

Today, in honor of the pork they produce and the tropical vacations they enjoy, the Wyatts are sharing a family favorite recipe.

“It’s rare that I make the same thing twice, but this recipe is great for tailgating and entertaining,” says Chelsea. “You can whip it up the night before, it feeds a lot of people and is always a hit!