Finding Peace Along the Trout Streams 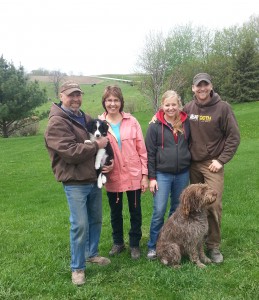 Tyler and his wife, Dani, recently returned to the Wynthein’s family farm in Fayette County. They’re raising crops and cattle with Tyler’s parents, David and Leslie.

It’s been said that a bad day of fishing beats a good day at work. So what can be said about the family who’s lucky enough to live near two trout streams and in between rolling green hills where cow-calf pairs graze contentedly?

“There are just so many things we enjoy about living here,” says Leslie Wynthein, who spent her childhood living in and around cities including Los Angeles, Dallas and Chicago. “It’s very different from my childhood, but I can’t imagine raising our family anyplace else. We have made so many great memories here. When our children were younger, they learned to entertain themselves. They could engage in creative play. They never had to worry about being bored because there is always something to do on a farm. As a result, they developed a strong work ethic and all of them enjoy being outside.”

The rolling hills that serve as a backdrop to the Wynthein’s farm (pronounced Win-thee-in) remind David of the countryside where his family raised feeder cattle and crops outside St. Charles, Illinois. After David graduated from high school, they relocated to northeast Iowa because urban sprawl was encroaching their farmland.

“I’ve always enjoyed farming,” said David. “For a while I considered becoming a veterinarian, but then I decided against it because I was afraid it would take me away from what I really enjoy doing and that’s working on my own farm.”

Instead David chose to major in Animal Science at Iowa State University. His high school sweetheart, Leslie, also made the move to Ames and earned a degree in Horticulture. They were married in 1977, moved to Volga and bought their first five cows in 1978. They moved to their current home near Arlington about 25 years ago. Today, they feel blessed to live just five miles away from David’s 89-year-old mother. Plus their son Tyler and his wife, who are expecting their first baby in late June, live just a stone’s throw away.

While it may not sound surprising that one of their four children would return to the family farm, Tyler took an uncommon path before making his way back home. He worked summers first as a wrangler and then as assistant camp director and assistant program director for Beartooth Mountain Christian Ranch in Fishtail, Montana. During the winter months, Tyler took classes in Ag Business at Northeast Iowa Technical College in Calmar. He graduated from Calmar in 2007 with a degree in Ag Business before furthering his education at Montana Bible College. There he met the love of his life, Dani, who was also earning her degree in Biblical Studies. After they were married, Tyler worked full-time for a farmer in Bozeman.

“I’ve always enjoyed farming. I found myself wondering why I was farming for someone else when I could be farming with my own family,” said Tyler. “As much as Dani and I love Montana and its beautiful scenery, we decided to return to Iowa and to the place where we want to raise our children.”

Montana remains a state that’s near and dear to the entire Wynthein family. David and Leslie enjoy traveling there to visit their three children and their families. The Wynthein’s oldest daughter, Laura, and her husband, Jeramy, met at Beartooth Christian Camp in Fishtail. Jeramy has been on staff there since 2007 and is currently camp director. Laura was food service director from 2004 to 2009, and then family became her primary focus. She and Jeramy have three children ages 5, 3 and 6 months. 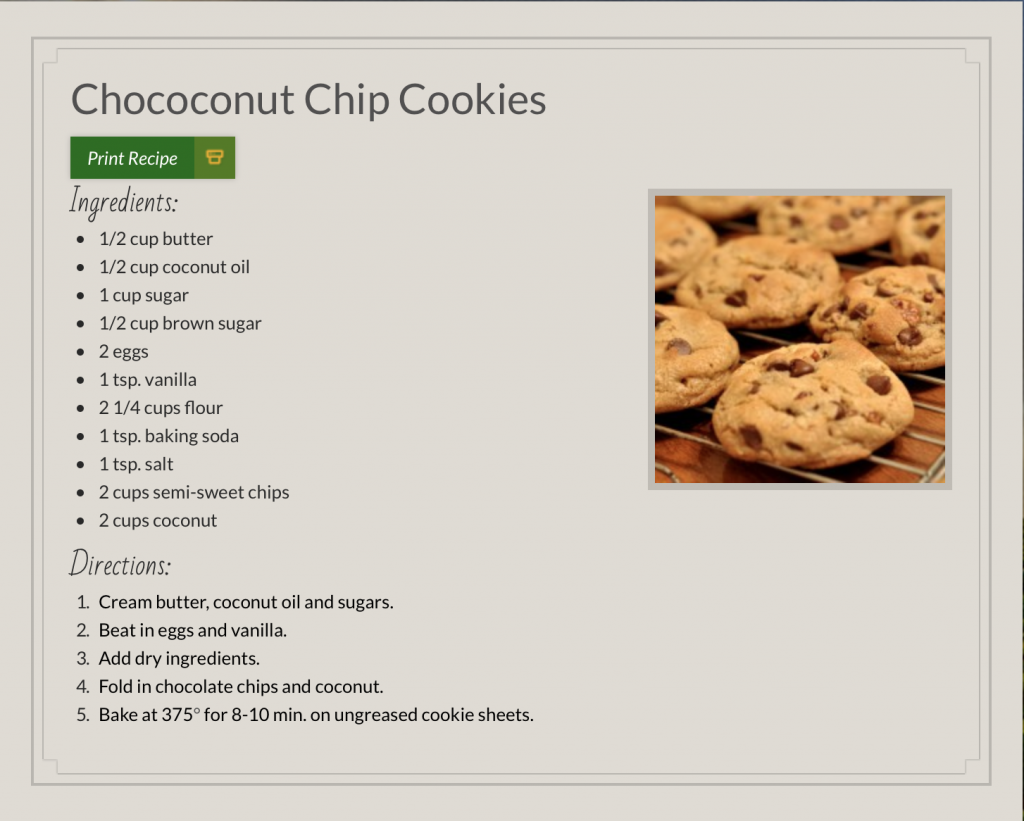 David and Leslie’s youngest son, Matthew, is currently the program director at Beartooth. He has been part of the summer camp team since 2010 and also spent three months in the Middle East among Syrian Refugees. Their oldest son, Benjamin, met his wife, Cristi, in Montana. They’re raising their four children – ages 7, 5, 3 and 1 – in Fishtail where he manages a ranch plus operates his own repair and spraying business.

Outside of traveling and spending time with their family, David and Leslie enjoy hunting and riding their Goldwing motorcycle. Leslie also enjoys gardening, reading, refinishing furniture and spending time in the kitchen. As a proud beef producer and an avid baker, today Leslie is sharing two of her favorite recipes below.

Memorial Day weekend is the start of the summer grilling season, so I’m looking forward to trying this recipe for steak marinade with Choco-Coconut Cookies for dessert. What’s going on your grill?