Last fall I walked some beautiful, healthy, vibrant alfalfa stands.  This spring, it’s like a bad magic trick… Abracadabra!  Presto!  Our alfalfa has disappeared, but there’s no need to alert Matlock or James Bond.  We already know the culprit is winter weather.

Our alfalfa crop has been on a wild ride for the past year.  The 2012 drought created concerns for new alfalfa establishments.  In some areas, during the heart of winter, there was inadequate snow to serve as insulation and protect alfalfa from winter injury.  Cooler spring temperatures delayed when alfalfa plants would normally emerge from dormancy.  Additionally, at the time dormancy was breaking, we were hit with a late season snow event.

The alfalfa damage we’re seeing now is a combination of many events:

Now that we understand why the damage occurred, it’s important to repair or recover what we can for the 2013 crop.  There are many considerations to take into account including the age of stand, percent of damage in field, and the intended end use. 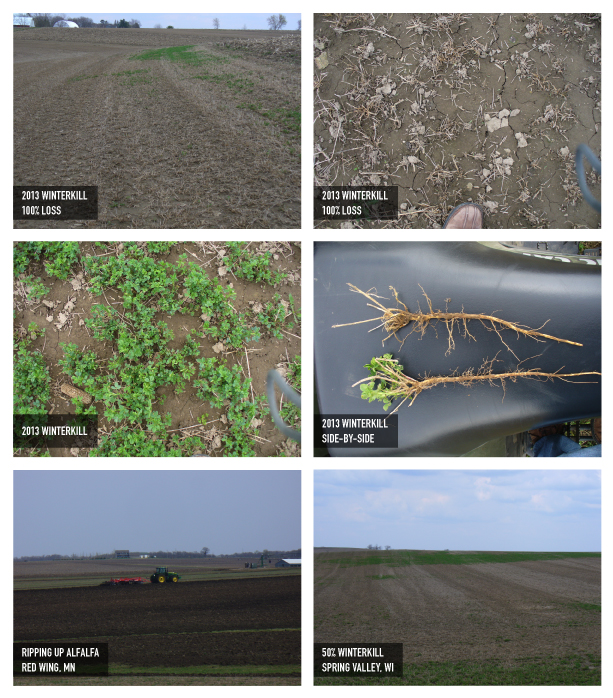