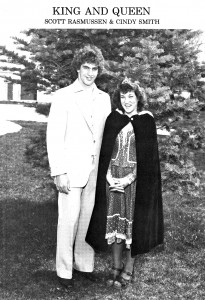 Super Bowl Sunday is a little more than a week away, but already good-natured ribbing and game day speculations are underway.  Whether you’re planning to watch the big game (or just the commercials) with family and friends at their house or yours, the Rasmussens from Burt in North Central Iowa offer some tried and true hosting tips.

“Our approach is really to keep it simple.  We do much of the food prep ahead of time, so we can enjoy more time with our friends and family when they arrive,” says Cindy, who works part-time off the farm for an attorney and also helps with field work during the spring and fall.

Scott, the other half of this husband-wife team, is quick to share one of their secrets.  While I’m talking with Cindy, he walks over to the freezer and pulls out a Ziploc® freezer bag filled with Rye Bread Appetizers.  Now that’s my idea of “fast food”!

Keeping food on hand that can be fixed quickly when company drops in unexpectedly makes entertaining fun and easy.  Now that their three children have graduated college and are living on their own, Scott and Cindy look forward to their visits and also relish time reconnecting with their friends.

“All of our kids were very active in high school with sports and extracurricular activities like 4-H,” says Scott, who served as 4-H club leader for 11 years and coached their AAU basketball teams.  Cindy was a Sunday School teacher and Scott served as a trustee.  They both served as T-ball coaches when their kids were younger.

Adds Cindy, “It took some planning, especially during spring and fall, but we really wanted them to experience life outside of farming, choose their own paths, and earn a four-year degree.”  That being said, now our kids come home during spring and fall to help during the busy season.  They truly understand what a great life farming is and that it is the perfect setting for raising a family.” 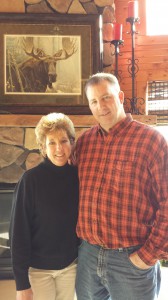 The Rasmussen’s oldest son, Noah, graduated from Algona High School in 2000.  He earned a degree in Mechanical Engineering from Iowa State University and works for John Deere in Urbandale.  His wife, Rachel, also graduated from ISU with a master’s in public administration.  She works in human relations.  The couple has three daughters ages 8, 4, and 3 months.

The Rasmussen’s second son, Drew, graduated from high school in 2005.  He earned a degree in Industrial Systems Technology (Ag Systems Technology) from Iowa State University and is a shift foreman at the biodiesel plant in Algona.  He also helps Scott and Cindy farm and is looking forward to farming on his own someday.  Drew and his fiancée, Sierra, are planning an August wedding.

Daughter, Chelsie, graduated from high school in 2007.  She earned a degree in psychology from the University of Iowa.  She and her husband, Tom, make their home near Britt.  They both work full time plus Chelsie is taking classes through North Iowa Community College (NIACC) to become a physical therapy assistant.  They’re expecting their first child in June.

While their children were growing up, the Rasmussens had a farrow to finish operation in addition to their cropping operation.  In 2000, hog prices went to $8, so Scott was determined to find a way to make up for lost income.  With margins on the hog operation going from tight to negative, Scott went to work at Aluma Trailers in Bancroft.  He appreciated that company’s flexibility, so he could work around his farming schedule.  After a year of working at Aluma, Scott’s dad retired from farming.   Scott was able to continue working part-time and farm additional acres.  Then in 2008, they converted the barn into a heated shop where Scott enjoys maintaining his line of farm equipment and woodworking especially during the winter months.

“I really enjoyed working at Aluma and my boss was really good to me,” says Scott.  “He was one person who really helped make a difference. Cindy and I have really been blessed by the people who have helped us along the way.”  They mention the respect they have for the farm manager of the Stockwell Memorial Farm, who helped them start farming on their own, and for an elderly neighbor, who also chose Scott to farm his land when he decided to retire. 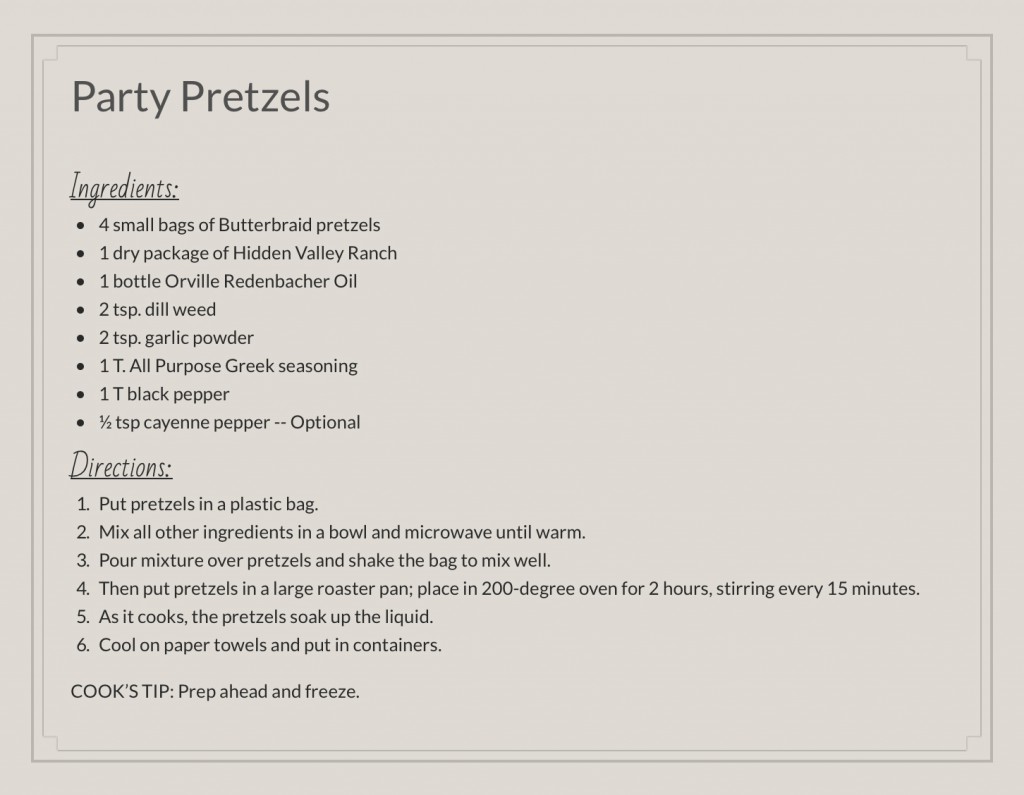 “We’ve learned to surround ourselves with good people, and that’s one of the reasons we enjoy working with Latham Seeds,” says Scott.  “The company is filled with good people.  I know that I can call the office and be connected with someone who has the answer to my question. I really enjoy Latham’s personal service, plus Latham® products really perform well.”

In their spare time, the Rasmussens enjoy fishing, boating, spending time with family and friends, and spoiling their grandchildren.  The couple also enjoys antiquing, refinishing and repurposing furniture.  They had a cabinet built into a buffet to camouflage a dorm-sized refrigerator.  They also put locking wheels on an island in their kitchen, which readily converts into a snack table for grandkids or extends their kitchen counter space if they want to set up a buffet line.  Both items make entertaining easy.

So that you can spend more time with friends and less time in the kitchen, today the Rasmussens are sharing two of their favorite recipes on TheFieldPosition.  Take it to the house next Sunday with Rye Bread Appetizers and Party Pretzels!

Recipe from Taste of Home

Take the Test and Beat the Pest!